Gonzalo Higuain and Cristiano Ronaldo scored for Juventus in the 3-2 loss!!! 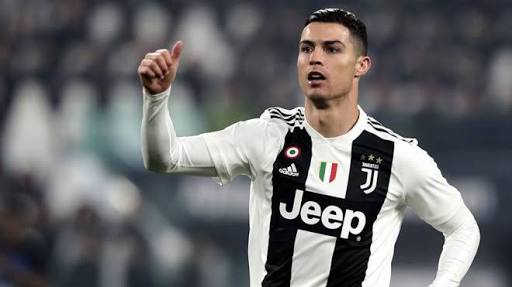 Strikes from Gonzalo Higuain and Cristiano Ronaldo could not save Maurizio Sarri from his first defeat at Juventus as Tottenham claimed a 3-2 win via Harry Kane’s late stunner on Sunday, July 21, at the International Champions Cup clash at the Singapore National Stadium.

The encounter saw Juve boss Sarri opt for experience in his starting XI, with the likes of Ronaldo, Mario Mandzukic and Federico Bernadeschi, while new signings Matthijs de Ligt, Adrien Rabiot and Merih Demiral were left on the subs bench.

Ronaldo had the first chance of the game to net the opener after finding space in Tottenham’s penalty box, but his first touch was not good enough, with Spurs Toby Alderweireld clearing the danger.

However, on the 30th minute, Tottenham broke the deadlock courtesy of a fast counter attack move engineered by Heung-min Son and Parrott which saw Erik Lamela tap the ball past Gianluigi Buffon.

Despite enjoying more possession of the ball, the Italian champions could not convert the many chances that came their way, with Lamela’s goal separating both sides at the end of the first half.

In the second-half, the two managers brought in fresh legs, with Higuain netting the equalizer past Spurs goalie Paulo Gazzaniga in 56 minute.

Four minutes later, Ronaldo handed Juventus the lead off an assist Mattia De Sciglio, who placed a cut back pass for the Portuguese star to smash home.

With the contest heading for a draw, Kane netted a stunner from the halfway line, to ensure the Premier League side claim a 3-2 win at the blast of the final whistle.