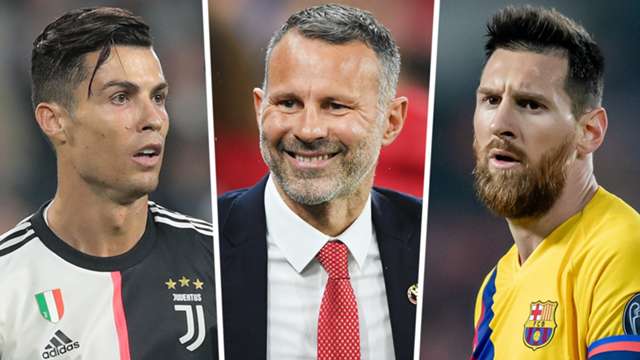 The Wales boss, Ryan Giggs has praised Lionel Messi as rare and describes him thus;

A player of the Argentine's talent comes around once in a generation.

Ryan Giggs who has joined the debate raging on, on who is better between Cristiano Ronaldo and Lionel Messi has given his own opinion.

While insisting that he would always be proud of his former team-mate, the Barcelona star, Messi is a "once-in-a-lifetime" player.

Giggs played alongside Ronaldo during the Portugal captain's time at Manchester United, and reveals that while he will always have high regards for him, Messi has proved to be a "genius" and has consistently proven so with his displays over the years.

He told DAZN: "Obviously I lean towards Ronaldo a little bit because I played with him and saw him develop as a player. But Messi is a genius, he's a once in a lifetime player. It's as simple as that."

I do agree with you totally, I'm also a big admirer of the Ballon d'Or contenders but I strongly believe too that a player of the Argentine's talent comes around once in a generation.

They are both world class football players and they have been widely considered to be two of the best players ever, though Messi and Ronaldo have long divided opinion over who is the greatest, with both having scored over 600 goals each and having collected 10 Ballon d'Or awards between them. They both have their strengths and weaknesses.

You know I agree with you totally, they both have their strengths and weaknesses, they are great in their own rights.

Messi and Ronaldo are both good professionals but Messi is a player like no other and who can turn a game on its head in an instant. Honestly I can't describe the Barcelona talisman enough.

He has a way with the ball, yes and he is a gift to the game of football.

We both have the same opinion.

Messi possesses a rare quality and that's the winning touch that he has. It is indeed strange.

Messi and Ronaldo are rare and I keep wondering if they will have equivalent successors.

That's the Barcelona talisman for you.

Messi is a genius, he's a once in a lifetime player. It's as simple as that."

And that is my verdict too.

I still believe that Messi and Ronaldo are geniuses considering their contribution to the game of football.

Messi and Barça for life, he is my superstar

You are a great fan of Messi I can see, so am I.

Messi is one of a kind. None like him.