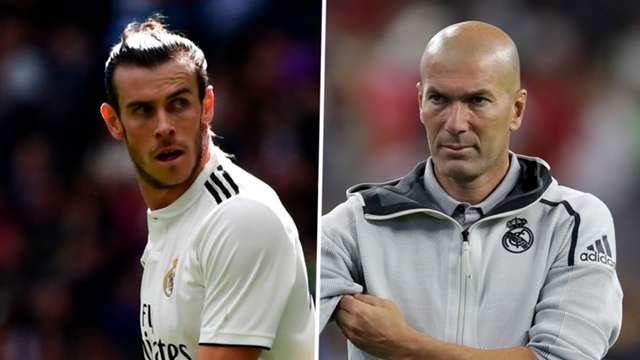 Bale's days at Real Madrid appear numbered.
Gareth Bale's time at Real Madrid is drawing to an end and the Welshman, as explained by Zinedine Zidane himself, is into his last 24 or 48 hours as a Los Blancos player.

Clearly unwanted by Zidane, Bale looked as though he was going to stay put despite the coach's stance, but he now seems set to pack his bags for the Chinese Super League.

Wherever the destination, the No.11 won't wear the white shirt again, ending a six-year stay in the Spanish capital in which he had his shining moments but his fair share of black marks as well.

To his credit, however, he did manage to help his side to a LaLiga Santander title, a Supercopa de Espana, four Champions Leagues, three European Super Cups and four Club World Cups.

"If it's tomorrow, then that's better," commented the Frenchman, after completely discarding the player from Madrid's squad against Bayern Munich on Saturday night, much to the anger of the Welshman's agent Jonathan Barnett.

The club, on their part, alleged that it was the player's agent who requested his exclusion in order to avoid picking up an injury during the negotiation phase.

China are pushing for Bale and he has a number of tempting offers on the table, but Madrid don't. With the rule changes two years ago, clubs must now pay the same sum as the transfer fee into a fund for the development of the country's own football, which has cooled the arrivals of superstars.

Shanghai Shenhua sniffed around but Madrid said no and they signed Stephan El Shaarawy instead, with Jiangsu Suning and Beijing Guoan now battling for his signature.

Zidane opened the door for the player's exit after the Kiev Champions League final and nothing has really changed since, at least in a positive way. The coach has been as clear as he could have been in saying the player isn't part of his plans.

Europe isn't completely out of the realms of possibility, but his injury problems don't help, nor does his age of 30.

Tottenham have maintained an interest, but China's clubs are now strong favourites.