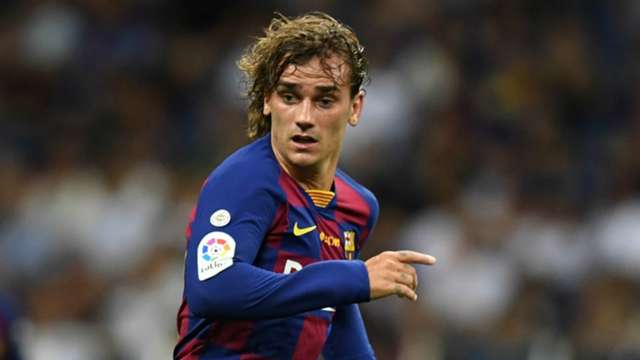 The Camp Nou legend has given his seal of approval to the new arrivals, and suggested he would like to see Neymar return to the club

Barcelona legend Andres Iniesta thinks it is an exciting time for the club following the big-money signings of Frenkie de Jong and Antoine Griezmann.

Iniesta, now 35, thinks the De Jong signing will be positive for all parties with the club getting their hands on one of the world’s best young players and giving him some of the finest talent on the planet to learn from.
The World Cup winner was speaking from Japan, where he and former Barca team-mate David Villa are preparing to face their former club in a pre-season friendly with Vissel Kobe.

“He is a step up for the club, young, very talented and, if all goes well, will be a leader in the centre of midfield, because he is also surrounded by the best [players] to continue growing.”

"Every year, Barça has to improve the team and those who come must be even better.

"I have said it before, Griezmann is an exceptional player, who knows the league and the teammates he is going to have at Barça, so everything indicates that his career as a culé will be positive.”

Iniesta was watching from afar last season as Barcelona’s dominance in La Liga was offset by European heartbreak.

Their implosion from 3-0 up against Liverpool in the Champions League semi-finals stung but, while he refused to be drawn on Barca’s future plans, he is sure they will be fighting for titles again this year.

“Last season was looking magnificent and one game put them out of a Champions League that they could have won,” he insisted

“I don’t know if anyone else will come, but Barca will compete for everything.”

Of course, the main focus for fans ahead of the new campaign will now be the will-they, won’t-they move to bring Paris Saint-Germain forward Neymar back to the club.

Speculation has been rife throughout the summer and Iniesta would clearly love to see his former teammate back at Camp Nou – but he doesn’t know if the club will pull it off.

“As a player, for me, he is one of the best there is,” Iniesta said.

“It’s a matter of sports management, for the coach, but as a player, for me, he's one of the best.”

Thank you so much