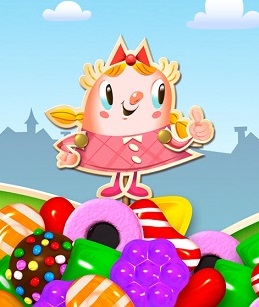 He's back at it! Not only has there been news that he's patenting thousands of Bitcoin designs in an attempt to obstruct organizations looking to link up with Bitcoin, apparently now all documents Craig Wright doesn't wish to share with the court are now attorney-client privileged. Even the "bonded courier" is now a lawyer according to Wright.

Perhaps the most absurd turn of events is Mr. Wright’s claim that the infamous Bonded Courier who was supposed to provide him with the private keys for Satoshi’s Bitcoin, is actually also an attorney, and is therefore protected under attorney client privilege. This renders the alleged attorney unable to provide more information about the courier, or the circumstances surrounding the elusive private keys.

Also let's not forget that one of the whale wallets that Craig said was his own signed a message stating:

Craig Wright is a liar and a fraud.

I'm starting to think Craig Wright is doing a great thing for Bitcoin right now. Even though everyone knows he's lying the court can't prove that he is lying about the topics that really matter. The court just wants to know how much Bitcoin he and Kleiman earned together and where that Bitcoin is located. It's very obvious they're never going to get an answer.

The anonymous nature of Bitcoin is proving itself through this narcissist thief. Who's more entitled to Kleiman's Bitcoin? No one. "And if anyone disagrees they can try and take it from me."

According to Wright the money the court is looking for is in a trust that no one has access to. Prove him wrong. You can't. And even if they can, they still can't force him to hand over the money. Craig Wright can live very comfortably if every asset was stripped from him except for crypto. What are they going to do? Fine him for 5 billion dollars?

And nothing happened in the market! If anything, Bitcoin looks like it's going to correct further to the $8900 level (next support under that $8650). I suppose Bitcoin liquidity is too vast to be moved by such trifles. Still, the real pump/dump is just around the corner. February has always been Bitcoin's best month.

A Patent troll and a grave robber is going to get away with it as best he can.

Not your keys; not your Bitcoin.

This must be truly annoying to people who are only used to dealing with offshore bank accounts, and feel it is their right, their duty to rummage through your accounts.

Faketoshi is a real character. Next he will become a Politician

Does this guy have any relevancy anymore? Him and Mcaffee should start a shitcoin together

Yeah they can do a clone of Trevon's Tewkenaire and promote it from McAffee's boat. LOL Honestly it is somewhat entertaining to watch from a distance though.

The saga continues. This guy is fascinating in a train-wreck kind of way...

Lol would the real satoshi ever act like such a douche? I doubt it

The guy clearly has none of Satoshi's value, he doesn't even like permissionless and open source.