What Makes EDC Blockchain One of the Most Productive Platforms? 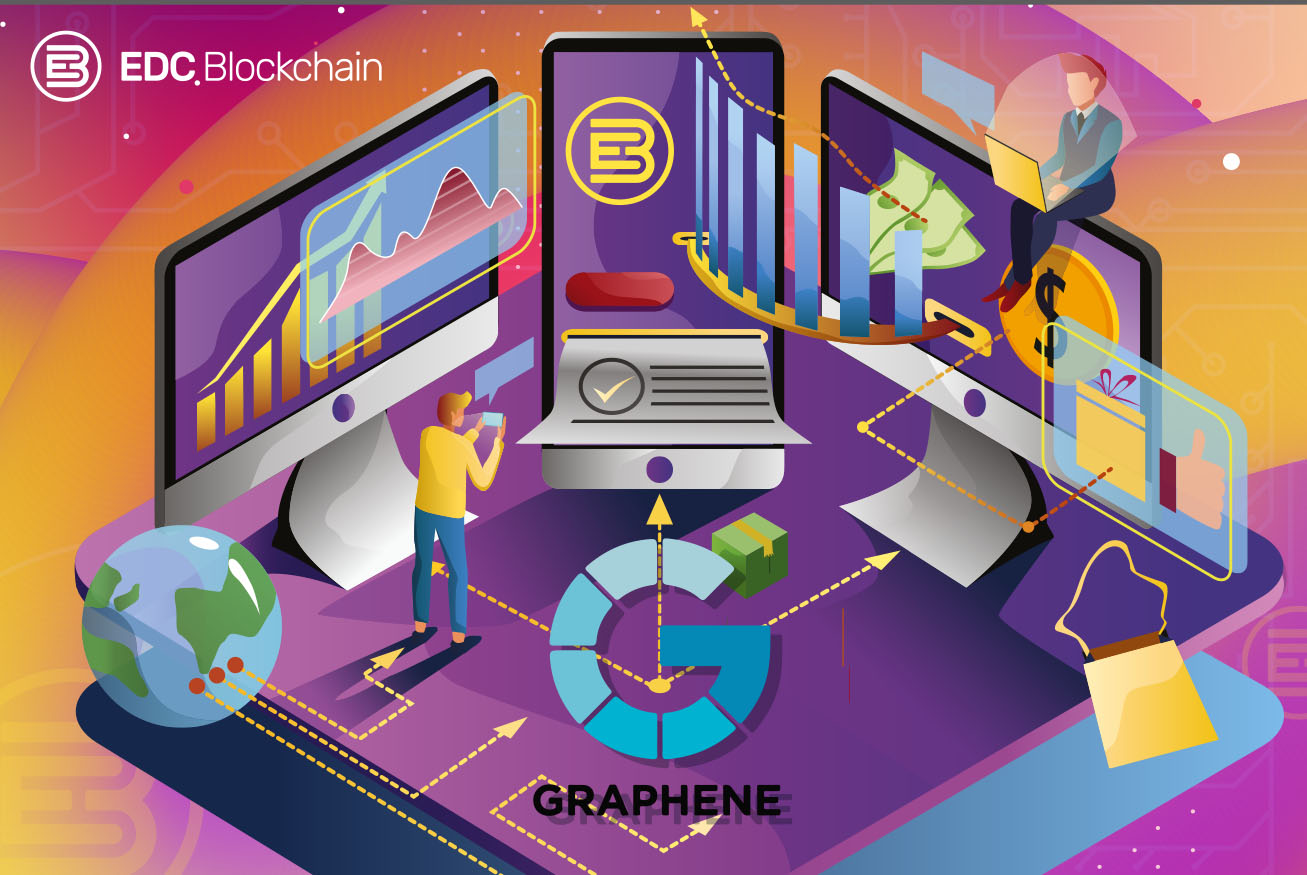 EDC Blockchain is one of the first blockchain platforms for business development and tokenization, which uses Graphene technology for network operation. Using Graphene allows conducting on the platform instant transactions with a low commission and working simultaneously with multiple coins.

Graphene technology was developed by Dan Larimer at the end of 2013. The technology offers a new method for reducing the throughput for transmitting blocks between network nodes through the use of Bloom filters and reverse mapping tables. These mathematical probabilistic data structures allow to more efficiently process new blocks on the network — much more efficiently and faster than existing Compact Blocks and Xtreme Thinblocks methods.

The main Graphene feature is the creation of relatively small blocks — the block size for Xtreme Thinblocks is 17.5 kb, while Graphene operates with blocks of only 2.6 kb. Another advantage is the fact that the technology does not require a significant processor core increase and does not load memory. All this speeds up the algorithm and allows the EDC Blockchain platform conducting up to 100,000 transactions per second.

Another feature of the EDC Blockchain platform is the built-in blockchain coin constructor. With the constructor, users can create their own digital assets to grow and scale their business. It doesn’t matter if you need a simple nominal token for a relatively small turnover or a complex cryptocurrency with a large number of custom parameters and the possibility of mining using the PoS (Proof-of-Stake) algorithm — the EDC Blockchain coin constructor offers comprehensive package solutions for any small and medium business! To popularize your asset and receive additional liquidity, the EDC Blockchain platform provides the ability to list your coin on the company's partner exchanges.

One more EDC Blockchain advantage is the leasing program. The EDC Blockchain platform uses the DPoS (Delegated-Proof-of-Stake) algorithm with partial use of LPoS (Leased-Proof-of-Stake). This approach has an advantage over the widespread PoW (Proof-of-Work) algorithm since it does not require as much power consumption as a network operation on the PoW algorithm. The LPoS algorithm allows users to lease their EDC bonus coins to masternodes and receive daily rewards for this. The EDC Blockchain platform operates in a way that each user, regardless of his stack, works to maintain overall network security, which gives the system an additional level of reliability. At the same time, users do not need special computing power and complex technical knowledge!

Besides the functionality of fast and reliable transfers and additional rewards, EDC Blockchain provides users with the possibility of advanced transfers, such as anonymous payments and the “code package” and “red envelope” functions. Innovative functionality allows entrepreneurs to carry out various loyalty promotions, and discount programs for their customers.

EDC Blockchain is a reliable and functional blockchain platform for tokenizing small and medium-sized businesses, which provides users with new opportunities for business development, expanding the target audience, making fast and secure payments with a minimum commission and receiving daily bonus rewards.