What Happens to EDC After the Bitcoin Halving 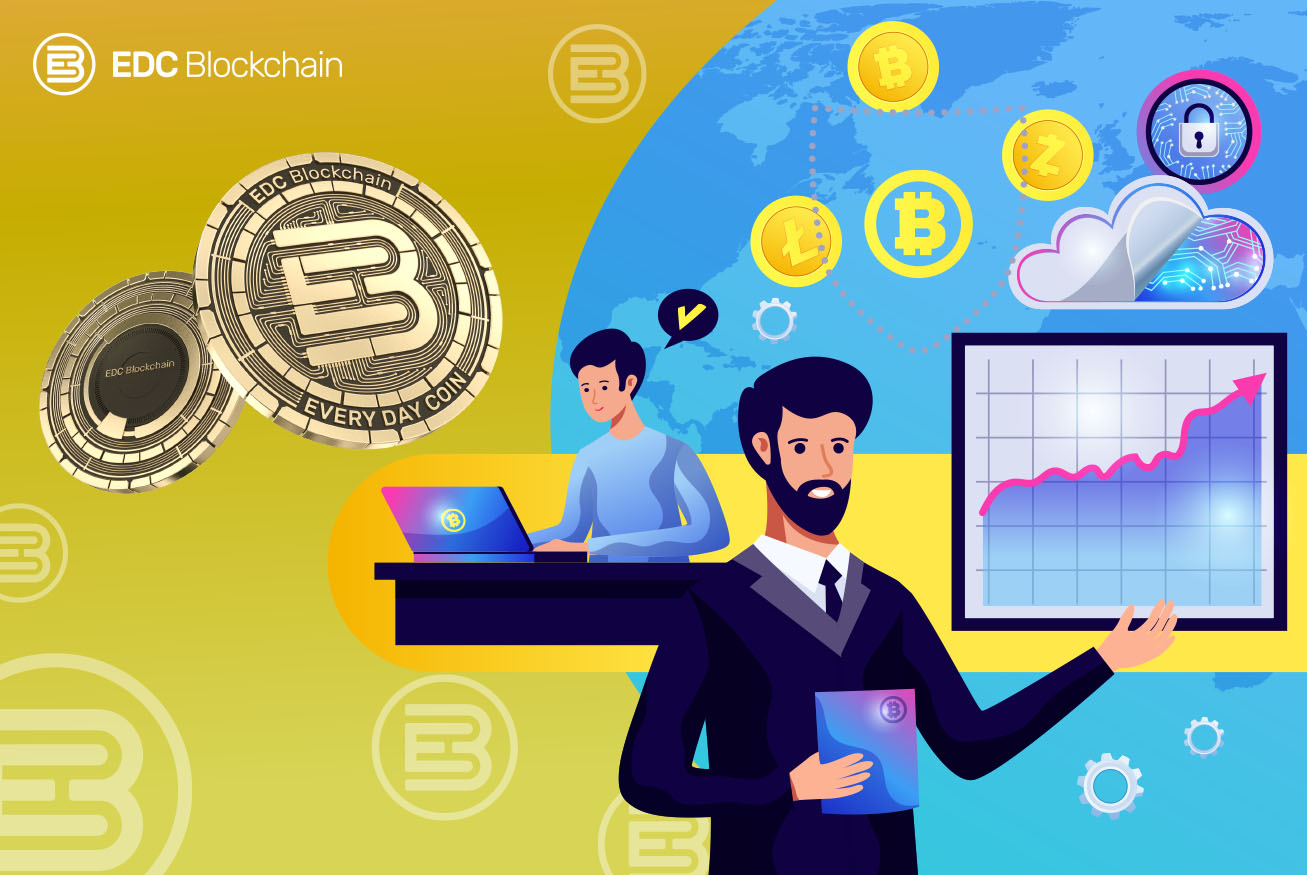 Do you agree that the upcoming Bitcoin halving is a large-scale event that will effect significant changes in all related industries (source)? According to Hodl Blog, the correlation of the exchange rate between Bitcoin and other coins in recent years has been especially high (table with correlation indices). While the co-founder of Morgan Creek Digital, Jason Williams, believes that everyone has been ready for this event for a long time, measures have been taken, amortization is thought out, and this event will not have any effect on the world.

Nevertheless, the world's leading companies such as Amazon, Facebook and Google use blockchains; the list of products and services used by cryptocurrency enthusiasts is growing uncontrollably. One of America’s greatest tycoons, billionaire Tim Draper, predicted not only a rapid increase in Bitcoin’s price but literally the following:

“I think that soon you will go to Starbucks for coffee and try to pay with dollars, they will laugh at you because you don’t pay with cryptocurrency ... you will be like an old woman who pays a penny.”

Will digital currencies become even more popular? Tim Draper is confident that by 2023, Bitcoin will cost $250,000 (according to the most conservative estimates). Bitcoin affects everything, including the rate of fiat currencies, as it becomes a more influential player in the world of new technologies, covering the world at an incomprehensible speed.

But what will happen to Bitcoin in the immediate future after the halving in May?
As the fall in prices from $20,000 to $3,500 showed, it is impossible to plan ahead what will happen in this speculative market. Nevertheless, analysts believe that if you take the past 10 years, this crash fits perfectly into the pattern of growth and depreciation. Is it possible to be 90% sure what will happen? Fundstrat analyst Thomas Lee is sure it can.

Fundstrat says the US presidential election, the sharp rise in Bitcoin prices during the US conflict with Iran, plus “a favorable combination of circumstances,” mean that Bitcoin will rise in price by 100% after the halving (note that in 2019, the ROI for Bitcoin lovers was 92%).

Given the serious correlation between altcoins and Bitcoin, this extremely likely means an increase in the price of altcoins, as well as the entire cryptocurrency market as a whole.

We provide the features that are necessary for any company seeking to create a global community based on transparency and freedom:

According to Statista, just as the AI ​​market (which, after costing $9.5 billion in 2018 will cost about $118.6 billion in 2025) the cryptocurrency market is likely to grow. When Bitcoin becomes more popular, the number of holders will increase. They will look for the best companies offering services beyond the competition. Companies that have developed the most advanced features will get ahead.

EDC is a coin with spectacular functionality for every day (EveryDay Coin), which covers the needs of any person on earth.

Being a large part of the blockchain world, the EDC team aims to increase the number of users this year and provide a service that is impossible to compete with. EDC has already had impressive results since its inception: more than a million registered accounts in 57 countries, affiliations with Bit-z, ZG.com (formerly BTCChina), DigiFinex, Dex-Trade, Coinbene, modified “Graphene” and always the possibility of receiving additional bonuses.

Other companies also have unique qualities, but only we offer training in our own blockchain academy, marketing support for projects, our own cryptocurrency exchanger and a multifunctional online wallet - services available to every EDC user all under one roof. We believe that Bitcoin halving will attract a huge number of users to the cryptocurrency market. Users will look for the best companies, and the EDC coin will become much more popular.
via HTTP://BLOCKCHAIN.MN