The MARVELS Effect: EDC Blockchain and ECRO System at the International Blockchain Summit in Busan! 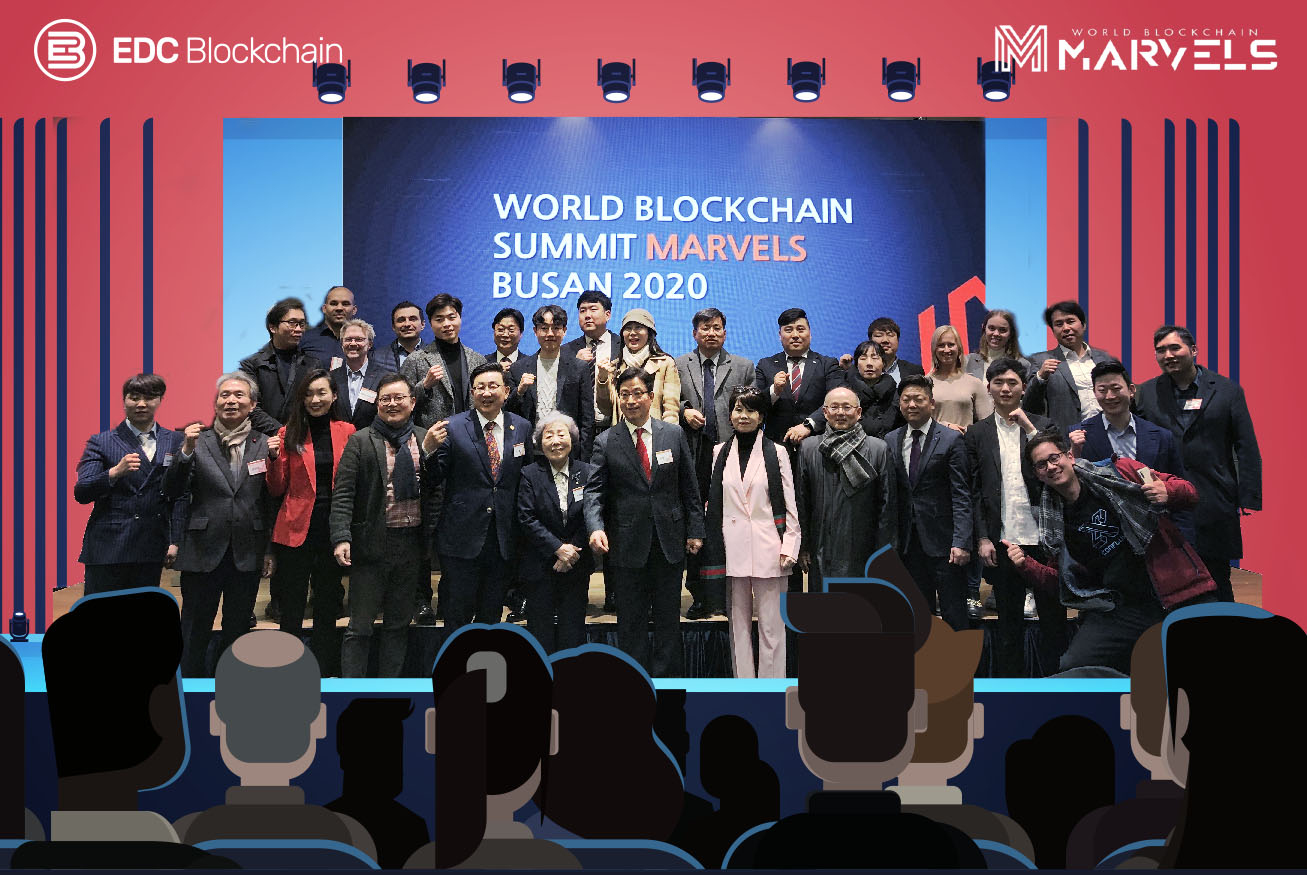 Last week we took part in one of the most famous blockchain events in Asia, WBS MARVELS 2020! We prepared an interesting report for you right from Busan!

In addition to representatives of our company, more than 300 VIP-persons took part in the conference, discussing top issues of the crypto industry and the future development of digital technologies! Among the participants, there were directors of well-known blockchain organizations, experts in IT, financial, cybersecurity, finance and investment, as well as government representatives and opinion leaders! Invited speakers were heads of global companies such as IBM, Samsung, LG CNS, Netpia, IconLoop, and others.

The main topic to discuss was the "regulatory-free" blockchain zone in Busan, which implies the adoption of blockchain initiatives on finance, tourism, and public safety. Despite the fact that the projects will still have to adhere to conservative practices (for example, ICO is not allowed in Korea) and act at the local level, it will attract investment to the country and open additional opportunities for owners of small and medium businesses. For example, it is a great step to implement rewards programs with the help of cryptocurrencies (including the EDC bonus coin), which entrepreneurs can use in their companies and projects.

Photo: WBS MARVELS SEO Mr. Bong Kyu Park and participants
of the Korean Blockchain Association. The South Korean market is one of
the world's most active in implementing blockchain innovations, making it a priority
market for the EDC Blockchain platform.
The mission of EDC Blockchain is to develop small and medium-sized businesses in various countries using crypto industry tools and blockchain technology. In the global ECRO System (in particular, on the EDC Blockchain platform) a series of products and services are available. through which an entrepreneur can start from the very beginning and scale their business around the world! More than 1.2 million accounts have already been registered in the EDC system, while the owners actively use the advantages of our company, such as a coin constructor for the creation of tokens and cryptocurrencies, the leasing function for getting bonuses, as well as the function for holding loyalty promotions and using EDC coins as gift certificates.

New partnerships with Korean companies and businessmen will help
manufacturers of various goods and services use advanced tools for their business development.
Major events such as the WBS MARVELS give a strong impetus to our global ecosystem! Thanks to this, thousands of new users will be able to learn about EDC Blockchain and ECRO System innovations for business tokenization, receiving stable bonuses and entrepreneurship development! Undoubtedly, for us, it is a new level for development in the perspective Korean market.

Representatives of our company together with participants
of the Marvels summit in Busan. Thanks to such large-scale events,
the EDC Blockchain's technological solutions to improve the lives of millions
of users around the world are even more available!
See you at the next summit!
via HTTP://BLOCKCHAIN.MN