Key Blockchain Features Everyone Should Know About! 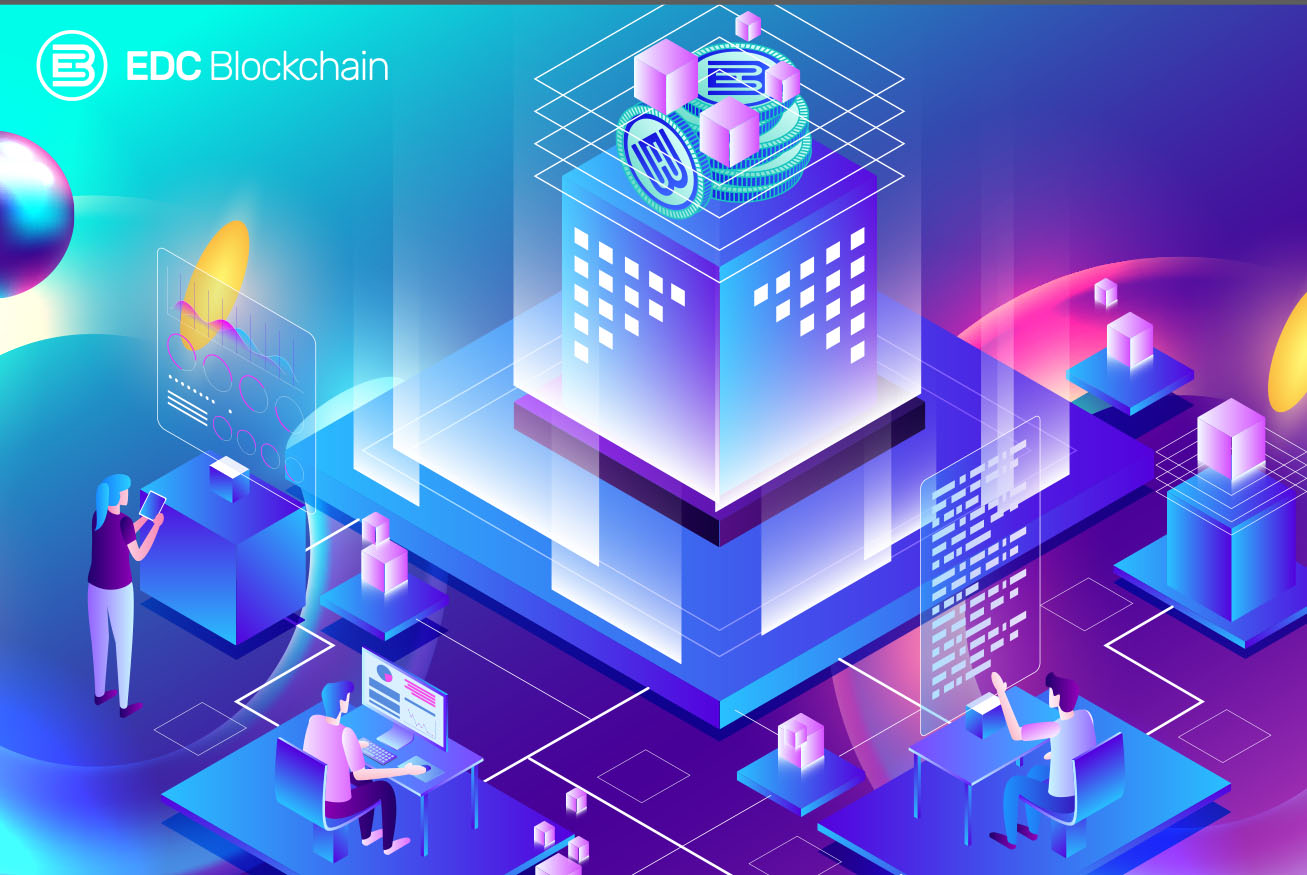 Although after the 2017-2018 hype the talk about blockchain technology has subsided a bit, interest in this area is only growing and no one can deny that blockchain brings real benefits in solving several global problems.

Blockchain technology is not limited to use only in the cryptocurrencies field and offers today's users a huge selection of services for business development and the possibility of getting passive income.

In this article, we will take a detailed look at the features and characteristics of the blockchain that make this technology popular and demanded in many areas of the business and tell you what blockchain developments the EDC Blockchain platform offers its users.

The immutability of the network ensures that all information that falls into the blockchain cannot be changed or corrected by the participants. Blockchain technology does not rely on centralized governing bodies — instead, management takes place through the distribution of the right to confirm transactions on the network between nodes or masternodes.

The EDC Blockchain platform uses masternodes, a kind of pools to which users can lease their EDC bonus coins, thereby allowing them to participate in the transaction confirmation and the generation of new blocks. Participants receive daily rewards for leasing their EDC coins to a masternode.

After adding new blocks to the blockchain, no network user can edit, delete, or update the information contained in the block. Thus, the information about all transactions in the network is unchanged, transparent and open to each participant.

The network is supported by distributed nodes competing for the right to confirm the next block with transactions. This is one of the key features of blockchain technology — the network does not have a governing body, instead, it is managed by decentralized nodes.

What does decentralization bring?

Enhanced network resiliency
Network operation is based on mathematical mechanisms that exclude the possibility of errors due to the human factor.

The user himself controls his funds and information
All funds are directly in the hands of the users and cannot be withdrawn or blocked by the decision of regulatory authorities.

The absence of third parties
When conducting transactions, users interact directly with each other, and there is no need for intermediaries to participate in the transaction, which leads to the most effective communications.

The probability of hacking the system is close to zero
The blockchain consists of thousands of independent nodes. To hack the system, attackers will need access to each node, which is practically impossible from the technical point of view.

Complete network transparency
Any change in the system is visible to all network participants, all information about transactions conducted within the network is completely open.

The blockchain network operation is based on cryptographic functions. These are complex mathematical algorithms that act as reliable protection against any kind of network attack.

All network data is encrypted using hash functions. Thus, each subsequent block in the network has its own identifier. To change a certain block and edit the information contained in it, an attacker will have to “pick up the key” to all the preceding blocks. Putting it into practice is practically impossible.

The work of the EDC Blockchain platform is based on one of the most productive and secure protocols in today's blockchain market — Graphene. The Graphene protocol gives users a full guarantee of the funds’ safety and guarantees the reliability of all transactions carried out on the network!

The consensus mechanism is a set of rules due to which transactions in the network are confirmed and new blocks are connected with the previous ones. The most common today is the PoW (Proof-of-Work) mechanism, which requires participants to prove the work done in computing hashes. However, this algorithm has a major drawback — the need to use a large amount of electricity to maintain the network.

The EDC Blockchain platform uses the DPoS (Delegated-Proof-of-Stake) consensus mechanism with partial use of LPoS (Leased-Proof-of-Stake). This approach does not require such huge energy costs as network operation on the PoW algorithm.

The LPoS algorithm gives the network an additional level of reliability since it allows involving all participants to work on network security. Besides, the use of LPoS allows users of the EDC Blockchain platform to lease their bonus EDC coins to masternodes and receive daily rewards for storing EDC coins in a masternode.

It may take several working days for modern financial systems to process a large payment, and the sender and recipient of the payment will need a number of additional supporting documents.

This problem is easily solved by using blockchain technology. EDC Blockchain users get the opportunity to make payments from anywhere in the world in seconds, significantly saving time and money on cross-border payments. Another indisputable advantage of blockchain transactions is minimal transaction fees — it doesn’t matter if you transfer $1 or $1 million, the commission will be almost the same.

Using the Graphene protocol allows conducting up to 100,000 transactions per second in the EDC Blockchain network, and confirmation of a new block takes only 2-3 seconds!

Anonymous transfer is a tool that allows EDC Blockchain users making transfers without the ability to identify the sender and always remain anonymous when it is really necessary! The “code package” and “red envelope” functions allow holding loyalty campaigns for your customers and serve as reliable marketing tools for developing your business!

For several years, the blockchain technology was able to prove its reliability and efficiency and allowed to solve the problems associated with the on-chain value transfer and storage, which the traditional financial system was not able to solve. This confirms the fact that blockchain technology will remain with us for a long time!

The popularity of blockchain technology has allowed the EDC Blockchain platform to expand its community in China, South Korea, Singapore, Ukraine, Turkey, Nigeria, Colombia, Venezuela, Indonesia, and Pakistan to over 1.2 million registered users in a few years! And we are fully confident that this is only the beginning of a long way for the EDC Blockchain platform to introduce blockchain technologies in the real economy sector to improve the daily lives of people around the world!
via HTTP://BLOCKCHAIN.MN