EDC Blockchain and ECRO System in the List of Major Blockchain Events 2019! 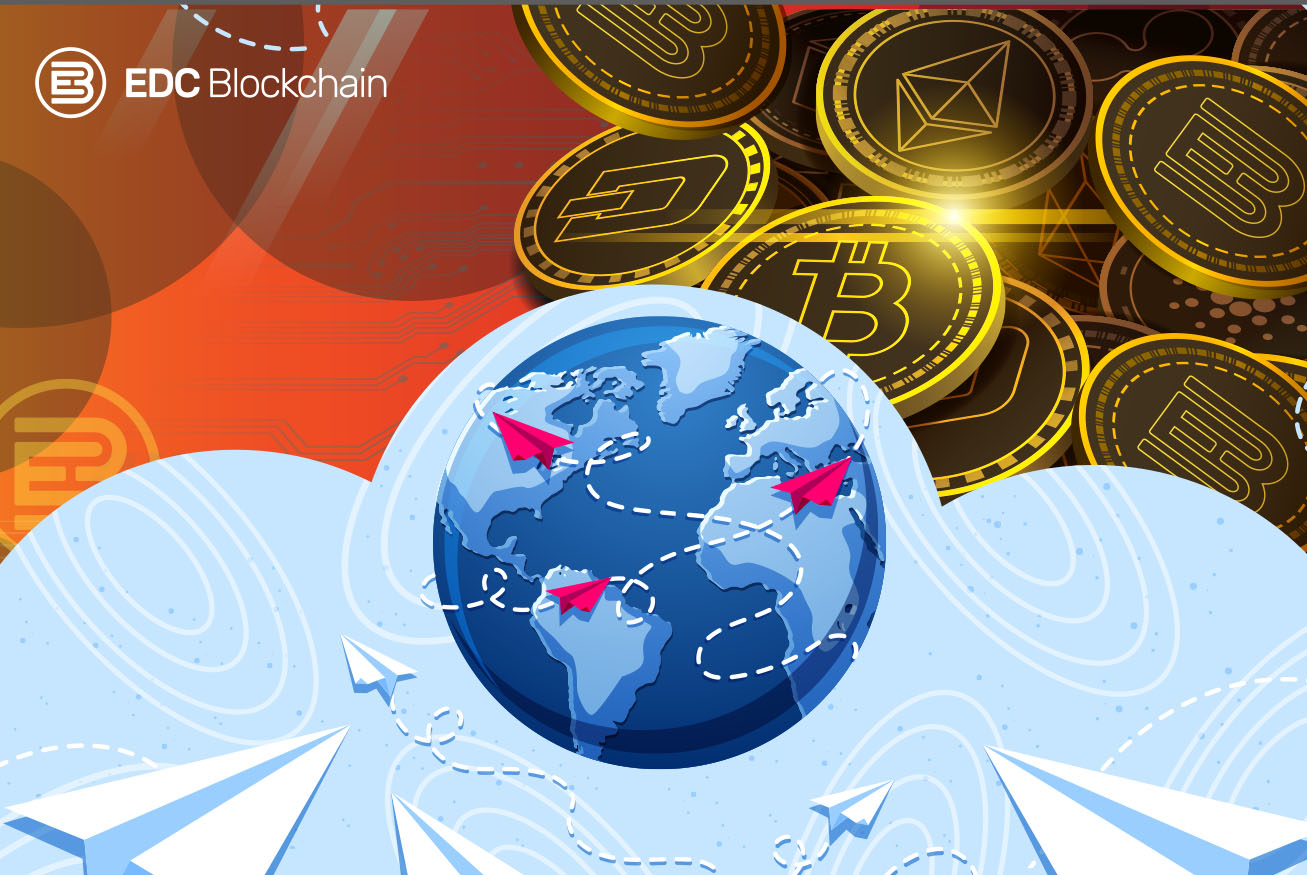 2019 showed that the Blockchain industry justifies the status of a technological revolution. Bitcoin's capitalization exceeded that of countries such as Turkey, Pakistan and South Africa. And China, India, and Nigeria have already bought cars, real estate and various services for an EDC coin!

Let's think about these and other events of last year, which had the greatest resonance.

Adoption of the cryptography law in China

Against this background, the Central Bank of China started talking about creating its own stablecoin, and Chinese President Xi Jinping said that the blockchain will be the main technology for important innovation breakthroughs! The Crypto market reacted instantly: bitcoin rose by more than $2000 in one week of October (from $7500 to $9500), while EDC quotations reached 1 US cents. The optimism then decreased again when it became clear that the Chinese are still fundamentally distinguishing between the notions of "Blockchain" and "Cryptocurrencies".

The platform was officially approved by the U.S. Futures Trading Commission (CFTC), and bitcoin deposits of users are insured for $125 million.

The appearance of this platform was associated with certain expectations: the growth of bitcoin to $ 20,000, and the accession of institutional investors. As we already know, these forecasts did not come true, and the peak daily trading volume did not exceed $43 million. Nevertheless, the expectations from this news remain high: both the prestige and liquidity of the market can only improve.

n June 18, the release of Facebook's own cryptographic currency called Libra was to be launched. By all primary signs, the coin could become a market favorite, and the project participants included Visa, Mastercard, eBay, and other major online platforms.

However, it did not work out: problems with regulators reached the hearings in the U.S. Congress, where Mark Zuckerberg himself had to personally promise that Libra will not be launched until all regulators approve of it, and Facebook may even leave the founders.

RAM Token from Telegram is another "loser" in the big games of life. The developers managed to make the initial offer (ICO) for 1.7 billion dollars and even presented a compiled test wallet. But the U.S. Securities and Exchange Commission (SEC) expressed confidence that GRAM at the token trading stage was sold illegally, falling under the definition of a security.

Now Pavel Durov is facing long legal proceedings, and the project is frozen for an indefinite period. This "triumph" of U.S. market regulators once again underscores the fact that big money at the stage of the birth of new players on the crypto market plays a much smaller role than the real value of coins and technology.

roducers of goods and services and businessmen in various niches can now create their own bonus token or a full-fledged cryptographic currency using PoS mining without having at their disposal a team of IT professionals, ICO access opportunities or huge investments. Specialists of the EDC Blockchain platform offered the market a technological coin constructor and ready-made package solutions for the development of small and medium businesses.

It has never been easier to token and scale any project or startup. The constructor is available to all users of the EDC platform, which offers customers a number of bonuses (for example, an automatic listing of new coins on partner exchanges, marketing support and advertising at the level of its international community). A real step forward in business tokenization.

pecialists of ECRO Chain Holding, under whose leadership ECRO System projects function, were able to create a "bridge" between the crypto industry and real business.

ECRO System provides an environment for cooperation between manufacturers, sellers and consumers anywhere in the world, including global marketplace, exchange, trading platform, a launching platform for startups, additional services and even an academy for educational purposes. In a global eco-system using a blockchain, a variety of goods and services are safely sold and purchased, any coins are exchanged conveniently and quickly, and new technology projects are made possible. And the ecosystem is expanding geographically by training its own marketers. Application of blockchain, technologies of an artificial intellect, a crypto-merchant allow ECRO System to create conditions for the reliable digital economy.

he Bundesrat passed a law allowing German banking institutions to officially sell and buy cryptocurrencies. Discussions in financial circles are still ongoing, as confidential transfers open up space for illegal transactions and money laundering. But the fact is that Vice-Chancellor of Germany Olaf Scholz advocated the creation of a national digital currency, and Sven Hildebrandt, head of the consulting company DLC, is confident that Germany will become a "cryptocurrency paradise".

Binance International exchange has signed an official memorandum on cooperation with the Ministry of Digital Transformation of Ukraine. Popularization and legalization of the cryptographic industry in Ukraine led to a sharp increase in the interest of global exchange and trading services to start working in one of the largest European countries.

On November 6, the Verkhovna Rada adopted a draft law on the implementation of FATF rules, which regulates all basic concepts and legal aspects of virtual assets that can be considered as property or can be used for payment and investment purposes.

The draft law on asset tokenization, which will allow private and public companies to conduct commercial transactions with their assets in the form of tokens or crypto-stocks, is under development.

We are living at the peak of historical technology development when the speed of real technical changes outpaces even the speed of human imagination. The year 2020 could be a "quantum leap" in cryptographic technology around the world.

The world economy, as well as small and medium businesses, seems to be best prepared for the wide range of opportunities offered by the Blockchain. The EDC Blockchain and ECRO System project teams will continue to develop their products and services in order to maximize the quality of life of modern people through blockchain innovations. We wish you a successful 2020 year filled with new technologies!
via HTTP://BLOCKCHAIN.MN