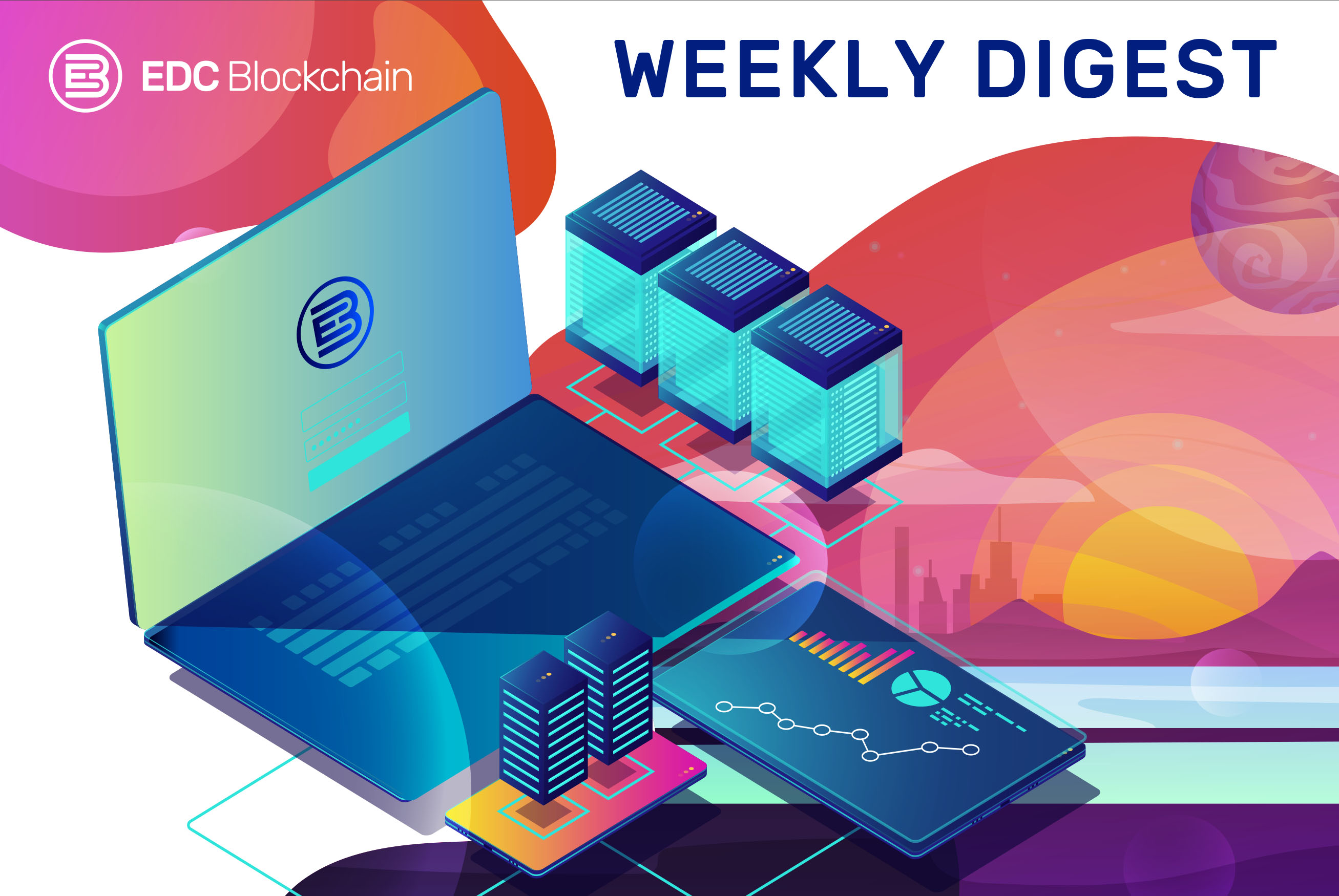 In our technical digests, we describe the main developments and improvements on the EDC Blockchain platform conducted during the current week.

EDC Blockchain developers are working on clustering and scaling the platform as well as optimizing the operation of cryptocurrency nodes of the EDC blockchain network. These works allow expanding the project audience around the world without loss to platform performance and increase network resiliency, enhancing the overall platform productivity.

To maintain EDC coin’s exchange rate stability and create a natural shortage of EDC coins in the open market, our developers are working on adding commission fees to the “code packages” and “red envelopes” functionality and changing the operations of the module for burning commissions. This will allow burning all the coins collected on commissions for creating “code packages” and “red envelopes”, thus maintaining the shortage of EDC coins in circulation.

Our developers make corrections to the work of the “code packages” and “red envelopes” modules, as well as the modules for withdrawing commissions and leasing coins for the wallet mobile version for iOS devices. These corrections are related to the introduction of new business requirements in the platform’s operation for more efficient network operation.

For an Android wallet, EDC Blockchain programmers continue to work on changing the calculation of commissions and restrictions on the maximum number of coins available for leasing.

That is all for today! See you in a week to continue acquainting you with the technical part of the EDC Blockchain platform operation and the innovations that are carried out to improve your user experience!
via HTTP://BLOCKCHAIN.MN