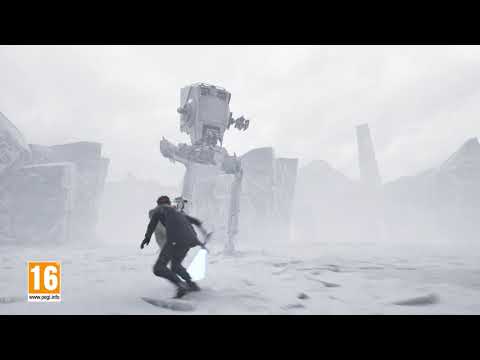 Electronic Arts has unveiled the official Star Wars Jedi: Fallen Order launch trailer , which offers a taste of some epic moments in history, lightsaber fights and the eclectic cast featured in the new title developed by Respawn Entertainment.

Star Wars Jedi: Fallen Order develops with the adventures of Cal Kestis , a young Padawan who survived Order 66. Hunted by the inquisitors of the Empire led by the Second Sister , supported by the companions Cere, Greeze, by the faithful droid BD-1 and by some familiar face to fans of the Star Wars galaxy, the protagonist will embark on a tumultuous journey to rebuild the Jedi Order.
As Cal, the gamers will explore known planets and new environments to re-establish contact with the Force , hone their lightsaber skills and turn into a Jedi knight .

Please note that Star Wars Jedi: Fallen Order will be available on PlayStation 4, Xbox One and PC starting November 15th.