MY THOUGHTS ON THE JS/WITNESS MEETING & OPEN QUESTION: "What is safer, Witness Votes Based on Stake, Or One Man One Vote?" 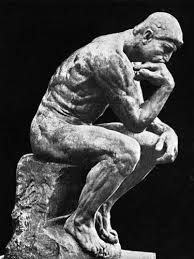 I just wrote a post about the current state of affairs with SteemTron, and in that post i mention that we need some changes to the witness voting system to protect us from a takeover ever happening again. One of the points I mention was that we should have a one man one vote system to prevent abuse like we see now, with huge wallets managing to oust our entire top 20 witnesses. That at least is the theory, and i have heard a few people suggest this as one of the changes. Then i started thinking....

I have just finished listening to the Justin Sun Meeting with our Witnesses. Let me start by saying, it could have gone a lot worse! What I took home from that one hour chat was that Justin is a business man before he is a blockchain enthusiast. In some ways that is good news, because now we know what he is it is easier to understand and predict his behaviours. One thing Justin made very clear is that he intends to try to improve Steem, then get the price up, and finally sell it. That way of thinking is what makes me feel more comfortable with our Witnesses decisions to block his ninja minded stake. It seems clear that whilst JS thought he was buying just a company, he also bought into a community that he is just starting to understand. Maybe in traditional business you can do as you please with your company assets, but blockchain is different. Our contracts are laid out here on the blockchain, not on papers and documents that cost huge legal fees and waste time. Whatever the details were of the deal he made, there is more on the table then JS realised, Steem is quite a complicated world to get to grips with. I feel pretty confident now saying that JS doesn't yet understand what he bought or how to handle it. He entered the world of blockchain now, this is not business as usual here..

What JS must realise is that whilst he may be here for some short term gains, we are here for the long haul and will do what it takes to ensure Steem’s long term survival. The only sensible move he can make is to unite with the community, admit his mistakes, and undo his witness votes. That is how to start building trust and forging better relationships. JS must understand that his decisions must include the intended use of ninja minded Steem, which is to improve Steem, add and initiate new exciting projects. I’m pretty sure JS wants to take that money to his wallet, and that is reflected by his refusal to remove witness votes. My advice to JS, try to make money from the price of Steem, not the ninja minded coins, they may seem like yours, but they belong to the entire community.

Justin came to us, we did not come to him... And he came to our world with his own pre-conceptions and ideas about what what business is and how it operates. This is a new world, the world of blockchain and it is teaching us all a lot right now! We do business differently here, we are a community and sometimes resemble a family. If there is one thing we unite on, it is how important decentralisation and blockchain are to this world, and we will all defend it with all our might!

SO, leading on to my point! If we get control back, and change to a one man one vote, what would be the implications, and would that actually make things safer or worse? I had a think, and i realised it would make things FAR far worse and Less secure than it is now! Let me explain. Right now JS has brought in around 4 Million Steem (not sure the latest figure), on top of whatever he already had. Whilst he may get this back, it is a risky move. In order to take hold and keep hold of owning the top 20 witness positions he would need about lets say 10 million Steem or thereabouts.. Lets call it $1,800,000. That is a LOT of money!

Now let us consider the one man one vote option. If you are JS and we had a one man one vote system what would you do? You would open up however many accounts you need in order to overthrow the witness votes. One account is only $0.50, and there is no identity proof, or any need to justify these accounts as being unique etc.. Lets say there are around 20,000 active accounts on Steem. If JS wants to win, he needs to buy more than 20,000 account. Lets say he buys 100,000 accounts just to be sure.. that would cost $55,560... instead of many many millions! So do you see the problem? Either JS would win, OR we would have a shit storm of everyone making new accounts and voting like mad. The whole show would become a farce.. and the only way to improve it would be to try to bring in more rules to prevent abuse.. a slippery road in my opinion.

SO let me have your thoughts, and what you think needs to change in the witness voting.

Accounts can be obtained for little or nothing (with investment). One account one vote cannot possibly work. It would all go to hell in a heartbeat and even attempting it, if to test a theory, would dissuade any investment.

Fewer votes than consensus witnesses is what we should be looking for in terms of code changes.

im SUre your right! and now I understand why witness votes are staked despite my initial disagreement with this concept.. You Godda think things through huh!

what do you think about us having less votes, say 15. I hear manu people talk about that option.. Im not sure, but i lean toward it.. and 30 is too much anyways really.. you end up just voting everyone almost which isnt much use is it?

It takes about 3/4 of the consensus witnesses to form the actual consensus so I believe going with anywhere between 10 and 12 votes would be ideal. That way no one account can ever dictate the entire roster.

were on 10 witness now.. so sounds likike we need more like 16 to do anything>?

I believe the math settles on 15 but I don't have the calculation.

According to the Bible, Are you the true church?

Exactly what I've always thought to the one account one vote idea. Just as easily played.

When Ned started powering down and selling off the steemit stake, it may have been better to just let him. Then it would have been cheaply available for purchase and more widely distributed for a better balance. Short term pain, long term gain, as the price could have been built back up once it was all sold.

its SO complecated! that stake came from investors who wanted to improve steem.. so it was not really an option to let anyone run off with it.. nothing on paper of course, so were all a bit confused..

The impression I got was that the stake was ninja mined before the public could come in and mine, so it was more that it was an unfair advantage than an investment from anyone outside. They asked for it to be earmarked for the community.

Have you seen coruscate's video exfoliating it? Very good for simpletons like me! 😉

There are many blockchain projects working on the proof of identity. One person, one vote is one way we should try.
Witnesses are claiming their power back, but they did not care a lot about minnows these last 3 years.

We agree. This sort of attack would be far easier in a direct democracy than a stake based one. Though the issue remains that this was ever possible in the first place.

yes.. i believe 9 votes each would really help. and prevent this.. but as always when theres enough determined people it can be hard to prevent certain things.. thanks nate