3 Srikandi The Struggle of Arrow Athletes Scores the Name of the Nation. 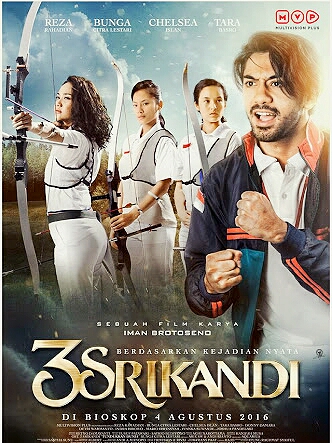 Film 3 Srikandi, is a film that is based on the real life story of three Indonesian female archery athletes in preparing themselves for the Seoul Olympics in 1988. However, certainly not everything in the film is a true story. That is, there are spices in the stories of Lilies (Chelsea Islan), Nurfitriyana (Bunga Citra Lestari), and Kusuma (Tara Basro), who are trained by Donald Pandiangan (Reza Rahardian).

The 3rd director of the Heroine, Imam Brotoseno, confirmed this. According to him, if all things are based on facts without spiced fiction, 3 Heroines will be more like documentaries.

Source
Direct translation without giving credit to the original author is Plagiarism.

Repeated plagiarism is considered spam. Spam is discouraged by the community and may result in action from the cheetah bot.

Please note that direct translations including attribution or source with no original content is also considered spam.