What is GPU Mining and How is it done? 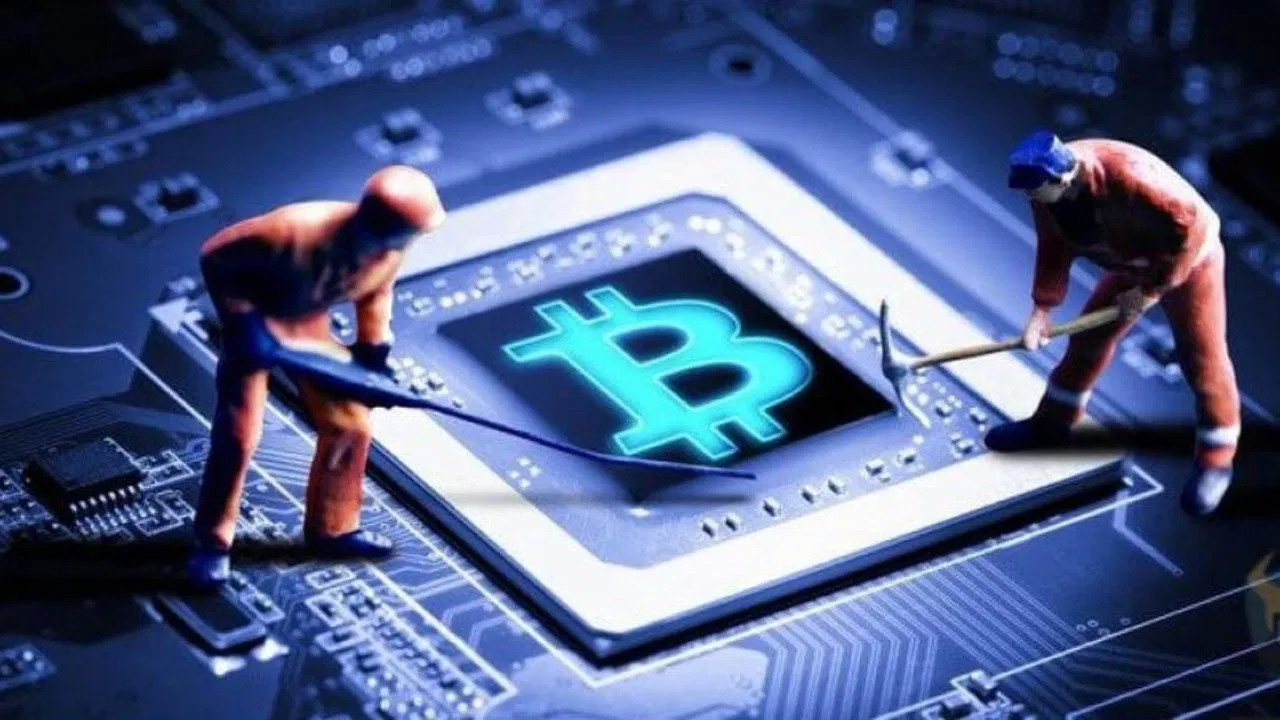 Crypto mining, or as some say, "crypto mining" is a very popular topic in the crypto space today. However, mining is nothing new. Clearly, Bitcoin has been around since its launch in 2009, because mining makes up Bitcoin!

The most basic form of crypto mining involves mining with the computing power of an application-specific integrated circuit (ASIC), a central processing unit (CPU). However, today it is also possible to mine crypto money with a GPU or graphics processing unit.

What is GPU Mining?

GPU mining involves the use of a computer's graphics processing unit to solve complex math problems to verify electronic transactions in a blockchain.

Normally, to mine cryptocurrency, digital currencies need to be built on a blockchain architecture that supports proof-of-work (PoW) mining. Cryptocurrencies such as Bitcoin (BTC), Ethereum (ETH), Monero (XMR), Litecoin (LTC) and Dogecoin (DOGE) are examples of coins that can be mined.

While there are many different graphics cards available in the markets, the cards used for crypto mining are cards designed specifically for gaming, not video processing. Shares of GPU manufacturing companies like NVIDIA and AMD skyrocketed as miners tried to earn cryptocurrencies with their computing power. The NVIDIA GeForce GTX 1070 is one of the most popular mining machines considering both electrical uses, but there are other models that might come in handy if you do your own research.

Although Bitcoin and other cryptocurrencies were previously mined at home with your laptop, this is no longer an option for most cryptocurrencies due to the growing interest in mining and Bitcoin reward halves. Most mining operations, including the use of graphics cards and specialized mining rigs, are now run in common pools where participants join a large group to obtain computing power more quickly. Rewards are distributed to miners after a block of currency is mined.

All participants in a shared pool get a share of the profit based on the computing power they contribute. In this way, individual computers represent workers in a mine who receive money to search for treasure with block reward.

How Does GPU Mining Work?

GPU mining became a hot topic in 2017 after Bitcoin surpassed its previous highs and peaked at just under $ 20,000 (just less than half what it will reach in January 2021). Since then, individuals from all over the world have been searching for the best GPUs for their share of crypto block rewards.

Complex math functions solved by computers are often SHA-256 hash functions. In mining, the computer takes SHA-256, an encrypted mathematical algorithm, and turns it into an output. The output is always a 256-bit number.

The problems encrypted in SHA-256, which are solved by computers, are the details of the electronic payments and algorithms required to protect a blockchain network from attackers who want to make it. Miners are rewarded with cryptocurrencies for participating in the security of the blockchain network.

When the computation problem is solved with the mining card, the product is a seemingly random 64-character output called a hash. In the Bitcoin network, miners must find a hash that starts with about seventeen zeros. Most of the time, a computer has to try to get this number.

Once the output is found, the block is closed and the miner / miner pool is rewarded with newly created Bitcoin and transaction fees. In any blockchain, the hash rate is the speed at which a miner comes and finds a hash. Hash rate is measured in giga hashes in GH / s.

Hash algorithm is a cryptographic hash function that maps any arbitrary size data to a fixed size hash. These mathematical functions condense the data to a fixed size. Because they are smaller, it is more convenient for a computer to calculate hashes and solve problems with files or data array.

The current hash algorithms that support GPU mining are given below.

The product of SHA-256 algorithm mining is a 32-byte (256-bit) signature for text strings. Block time ranges from 6 to 10 minutes. Bitcoin (BTC), Bitcoin Cash (BCH), Terracoin (TRC) and Peercoin (PPC) are based on the SHA-256 algorithm.

Scrypt works on password-based key functions created by Colin Percival for the Tarsnap online backup service. This algorithm generates many pseudo-random numbers to store in RAM locations, making it nearly impossible to carry out large-scale hardware attacks on a network.

Scrypt was first implemented in cryptocurrency by an anonymous programmer named ArtForz in Tenebrix. It was then implemented shortly afterwards within Fairbrix and Litecoin.

The block generation time of the Scrypt function is 2.5 minutes for most cryptocurrencies. As a result, they can be implemented in the GPUs of computers. Dogecoin (DOGE), Latium (LAT) and Bitmark (BTM) are some other cryptocurrencies based on the Scrypt algorithm.

X11 Algorithm: This is the most energy efficient mining algorithm for GPUs. With the X11 Algorithm, GPUs can work with 30% less watts. Proof-of-work blockchains that implement this algorithm run on eleven sequences of hash algorithms.

This algorithm was implemented in the Darkcoin protocol (later renamed Dash) in 2014, made by Evan Duffield to be resistant to ASIC mining.

The hash rate of the X11 Algorithm is measured in megahash (MH / s). Some of the cryptocurrencies that use the X11 algorithm are Dash (DASH), StartCoin (START), CannabisCoin (CANN) and XCurrency (XC).

Ethash Algorithm: The best known cryptocurrency to implement the Ethash Algorithm is Ethereum (ETH), the crypto for which this algorithm was originally created. DaggerHashimoto was the name of the first version of the Ethash algorithm designed by Vitalik Buterin and the Ethereum team to be ASIC resistant.

DaggerHashimoto is a combination of the other two algorithms. First, the Dagger algorithm was created as an alternative to memory intensive algorithms such as Scrypt. However, Dagger is vulnerable to the pressure on shared memory hardware acceleration. Hashimoto algorithm is designed to achieve ASIC resistance depending on IO.

The hash rate for the DaggerHashimoto algorithm is measured in megahashes (MH / s). Popular cryptocurrencies based on it include Ethereum, Ethereum Classic, and Expanse.

GPU hardware is just one part of the equation in mining. To get the most out of a GPU, you will need equally good and optimized mining software to get the best results.

Some of the best mining software available for GPUs are;

Claymore software was one of the most efficient Ethash GPU miners, but by the time Ethereum reached 384 in the DAG era, it was no longer working as it did not support the past 385. The DaggerHashimoto algorithm increments the DAG file every 30,000 blocks, which creates an era. This increase then increases the GPU memory requirements required for mining.

The Claymore software was created with a binary Ethereum miner to mine cryptocurrencies with a similar algorithm without compromising hash rate.

Claymore was also famous for constantly offering new updates and being well optimized. Claymore's Dual Ethereum v15.0 version is available for AMD and NVIDIA based GPU miners. Although Claymore was designed specifically for Ethash, it works perfectly with other similar mining algorithms, but it is unclear if it will still work for Ethereum after 384 (Feb 2021) at this time.

WildRig Multi Miner software for GPU mining supports more than 30 different algorithms. WildRig Multi focuses on modern AMD GPUs and is supported on both Linux and Windows systems. The developer fee on the network was set at 2 percent.

KawPow is very popular with miners because of its support for all types of mining pools. The biggest disadvantage of this mining software is that it is incompatible for AMD GPU devices. Kawpow Miner 1.2.3 is the latest version of this multipurpose mining software as of February 2021.

Which Crypto Coins Are Mining With GPUs?

Choosing a cryptocurrency to mine with GPUs is one of the biggest problems new miners face. One of the most frequently asked questions when making decisions was how much can be earned from cryptocurrency mining with GPUs.

To get started, the project must be built on a blockchain architecture that supports proof of work (PoW) before it can be rolled out with GPUs. Also, different factors affect how many rewards a person can earn from the GPU, including block rewards.

Block reward is the amount of crypto awarded to a miner / miner pool to complete a block of cryptographic equations in a blockchain.

The best cryptos for mining are those with rewards that can cover the electricity fees used in mining and the cost of mining devices / equipment.

Below are some of the best cryptos for GPU mining in 2021.

Grin is a relatively new cryptocurrency with high block rewards. Although the complexity of mining in the Grin network changes dynamically, mining is relatively easy and the project offers unlimited money. Miners are rewarded with 60 GRIN per block mined. As of February 1, 2021, a grin coin is currently trading at $ 0.34.

Bitcoin Gold implements the Zhash hashing function and offers 12.5 BTG for a mined block. A BTG is currently trading at $ 10.65 as of February 1, 2021.

Litecoin was one of the first users of the Scrypt protocol, meaning it is best suited for network GPU mining. Because Litecoin uses the SCRYPT protocol, it can be extracted without ASIC. The network also provides high speed transactions at low fees.