What You Weren't Told About The Father Of The IQ Test 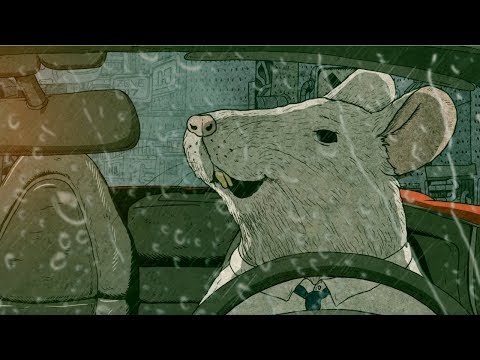 It is way too crystal clear again. It looks like most influential characters in the field of psychology were obsessed with social engineering and eugenics. Terman is just another one to add to the list with Freud, Bernaise, Lebow for now.

We are not going to dissect the stanfordmag article, nor respond a few selected paragraphs today. We just wanted to use it as the evidence that our system is designed to create sufferings, poverty and low IQs. It is becoming absolutely more blatant by the days that our social frameworks cannot be fixed when so many deceptions are directly woven into the fabric of society.

Moreover, "key decision makers" often have higher IQs than the average, but as we can see, that doesn't mean much at all. Where is the point in being smarter when so many unprecedented threats are lurking? Threats that have been generated by the so-called smartest individuals on the planet. This is what social success is all about: pure predatory behaviors induced by cold and financial logic.

But there still is a ray of light out there. Such parameters are not new at all though, they simply made a come back. Truth cannot be hidden forever. It is up to us to help Truth win over now.

Intuition Is The Highest Form Of Intelligence (forbes: 2017) Human Development, is less about suddenly "knowing" the right answer and more about instinctively understanding what information is unimportant and can thus be discarded.... The Intelligence of the Unconscious, says that he is both intuitive and rational.... Einstein has been widely quoted as saying, "The intuitive mind is a sacred gift and the rational mind is a faithful servant. We have created a society that honors the servant and has forgotten the gift."

We are not too fond of Einstein but we must agree with that quote, because if you look at the big picture, this is precisely why we are in this giant mess. Because of a few minds at the top worshiping cold blooded logic. The left brain.

The IQ test is completely misguiding, and ultimately another grand hoax plaguing the planet. It has led to a deep misunderstanding of what it means being a human. The field of psychology must be dismantled since it has become a huge monopoly preying on the weak -- and then redesigned to explore and enhance the human nature. The Rat Race must be ended!

Monetarism has shaped so much need for control and structure that many people can't imagine what an organic society would look like. If the motive is the Greater Good, solutions will be found as soon as a problem arises. And the same about organization.

This to say that if we are are serious about defeating the cold blooded logic tearing everything apart, we need to start also thinking with our intuition and nurturing/creative inner self. The Right Brain. And yes, if we silently listen to our intuition, materialism (power, competition and survival) alone is the death of anything we can think of.

Lewis Terman was the developer of the IQ test, and a leading researcher into intelligence and the gifted. Terman attended Stanford for his undergraduate degree in chemistry and master's degree in electrical engineering, before finishing his Ph.D. (WIKI)

The Vexing Legacy of Lewis Terman (2000)
The legendary Stanford psychologist helped hundreds of gifted cChildren and showed America that it's okay to be smart. But behind his crusade was a disturbing social vision.... A story of a different kind emerges from Terman's own writings -- a disturbing tale of the beliefs of a pioneer in psychology. Lewis Terman was a loving mentor, yes, but his ardent promotion of the gifted few was grounded in a cold-blooded, elitist ideology. Especially in the early years of his career, he was a proponent of eugenics, a social movement aiming to improve the human "breed" by perpetuating certain allegedly inherited traits and eliminating others. While championing the intelligent, he pushed for the forced sterilization of thousands of "feebleminded" Americans. Later in life, Terman backed away from eugenics, but he never publicly recanted his beliefs..... https://stanfordmag.org/contents/the-vexing-legacy-of-lewis-terman