Europe’s $13 Trillion Climate Plan (We Told You So) 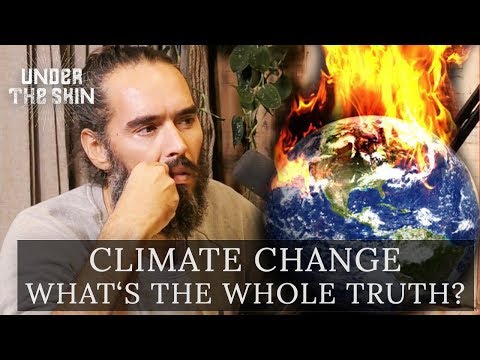 Another worst nightmare has come true. And we alluded to it 6 days ago in our blog:

BLOOMBERG: Call it the Greta Thunberg effect, democracy against the establishment, or simply an issue whose time has come. Whatever it is, the pressure is ratcheting up for the European Union to finally get its act together on climate.

EARTH CUSTODIANS: The "Greta Effect" was meant to do just that. And she may even receive the nobel price for her emotional speeches, which are now threateing the planet, already saddled with over $250 trillion debt, with more inflation.

The "house is on fire" said Greta several times, remember?

“There’s a clear expansion in the political resonance of climate change, led by Europe... “More political and corporate leaders don’t want to be seen as failing to address the issue.’’

Let's rephrase this: when the MSM focus so much on a topic, they are onto something. They want to use the public opinion to create a new consensus that is going to benefit the top 1%.

Climate Price-Tag: The European Commission estimates that even if member states deliver on all their plans for the next 10 years, it will take as much as 575 billion euros ($626 billion) every year for two decades to reach zero net emissions by 2050. That goal is the cornerstone of new Commission President Ursula von der Leyen’s program. EU environment ministers meet Friday in Luxembourg to begin to lay the groundwork.

Lets repeat that: It will take as much as 575 billion euros ($626 billion) every year for two decades to reach zero net emissions by 2050. This is absolutely beyond discombobulating. Please keep in mind that these numbers are for the European Union only. It wouldn't surprise us if America would come up with similar numbers.

Then how about the climate budget in Asia, Africa.. and even Russia?

We cannot even be sure if more jobs will come out of this because automation is too taking off and over already. Our current paradigm cannot even fix that very economic equation. But central banks don't care that much because a global war and/or pandemic may be in the cards to pop the mother of all asset bubbles.

In a further sign of the changing political winds, Merkel’s coalition is considering doubling the price of CO2 emissions to answer their critics. With the Greens vying with Merkel’s Christian-Democratic-led bloc for the lead in opinion polls, the next German government could see them join forces.

CO2 being plant food could be simply circumvented with planting as many trees as we can all around the world, while of course ending all deforestation for profit. But such a move is anti-corporations. This bloomberg article is so delusional that gives a headache. It is hard to believe that some people make $100k per year writing such a nonsense.

Time to stand up, folks.... we plan to sell t-shirts to spread the word (we'd be making like 5 dollars profit per t-shirt, which is nothing) and knowing that the word gets out is our only concern at this stage. Profits would be invested in internet banners on websites with a decent traffic. Yes, $25 for a tshirt is a lot of money, but we must reach out to other people efficiently, while also engaging in conversations to help foster a critical masse.
The fate of the e planet is in our hands!!

tts, I had written the "faith of the planet" ... of course it is meant as "the fate of the planet"... feel free to redo your audio file. Sorry :)

If you want to save the trees, buy them. People have to own the forest lands and find ways to guard them from loggers, forest fires, etc. I promote private property rights. So, if you own the land, you should have the right to burn your trees. I promote the rights to be the king of your land, good or bad.