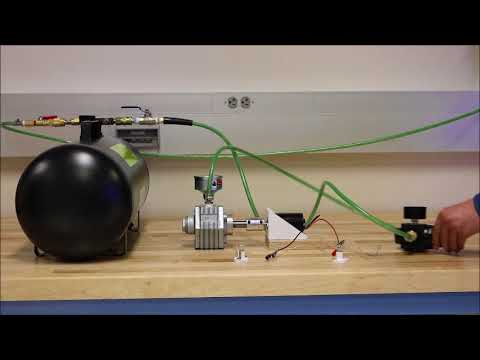 As we see it the laws of "thermodynamics" ceased to be efficient as soon as the world embraced industrialization. What has happened since then find its explanation in the Law Of Cause And Effects... or Karma.

Here is a topic we know little about but feel important to spread around. We like the "compressed air energy storage" concept because it can be outlined simply, not to mention that Low Tech Magazine has an excellent feedback and known to promote rational points of views always backed by tons of references. If you go to the index page, you also will read an article about how to make wind power sustainable again.

We feel the need to support these ideas to counter the ongoing "renewable energy deception" designed to only benefit the same corporations chocking humanity. We hope that you will enjoy these 2 quite long articles, and will be able to make up your own mind about the use of compressed air and its technicalities, but to us, and even though we are no expertise in the field, the explanations resonate with our philosophy.

It is time to think ahead of the curve as solar power requires batteries which will cause our next mega-giga pollution crisis. At the bottom page, you will find a video by Total, right the oil corporation, now committed to large scale CAES, compressed air energy storage, stating that they are struggling to make it "price efficient". Low Tech Mag asserts that a large scale application results in a considerable energy loss... so the lesson here is that efficiency does not go along with monopoly control. We have seen this many times throughout history.

Here at EC, we do not understand "profit efficiency" because it is the theory-mantra that engineered our ecological quagmire we have framed ourselves into. Though on a more positive note, the technology is there --- and even already existed in the early 1900s. It is the oil cartel that suppressed it because there was more money creation involved in oil drilling.

Maybe should we really start paying more attention to the black budget poured into advanced technology, and which is hidden from us.
So However the conclusion is absolutely clear aga we must oveovercome the coercive restrictions caused by monetarism and end money for g.

New Types of Compressors and Expanders
Because the performance of a compressor and an expander significantly impact the overall efficiency of a small-scale CAES system, several researchers have built their own compressors and expanders, which are especially aimed at energy storage. For example, one team designed, built and examined a single-stage, low power isothermal compressor that uses a liquid piston. [22] It operates at a very low compression rate (between 10-60 rpm), which correspond to the output of solar PV panels, and limits temperature fluctuation during compression and expansion to 2 degrees Celsius.

The low-cost device has minimum moving parts and obtains efficiencies of 60-70% at 3 to 7 bar pressure. [22] This is a very high efficiency for such a simple device, considering that a sophisticated three-stage centrifugal compressor, used in large-scale CAES systems or in industrial settings, is roughly 70% efficient. Furthermore, the researchers state that the efficiency is limited by the off-the-shelf motor that they use to power their compressor. Indeed, another research team achieved 83% efficiency. [26]....

Off-the-Grid Power Storage
To give an idea of what a combination of the right components can achieve, let’s have a look at a last research project. [27] It concerns a system that is based on a highly efficient, custom-made compressor/expander, which is directly coupled to a DC motor/generator. Apart from its efficient components, this CAES project also introduces an innovative system configuration. It doesn’t use one large air storage tank, but several smaller ones, which are interconnected and computer-controlled.

The setup consists of the compression/expansion unit coupled to three small (7L) cylinders, previously used as air extinguishers, and operates at low pressure (max 5 bar). The storage vessels are connected via PVC pipework and brass fittings. To control the air-flow, three computer-controlled air valves are installed at the inlet of each cylinder. The system can be extended by adding more pressure vessels. [27].....

There's more ideas for small-scale CAES systems in the previous article: History and Future of the Compressed Air Economy. https://www.lowtechmagazine.com/2018/05/history-and-future-of-the-compressed-air-economy.html

READINGS THAT YOU MAY HAVE MISSED

When you look at a compressed air energy storage (or CAES) plant, you see what looks like an ordinary field. Underneath, though, there is an extra-ordinary process happening: ambient air is compressed and stored under pressure in underground caverns to store energy. Total's commitment to better energy.