Advertising at the Edge of the Apocalypse 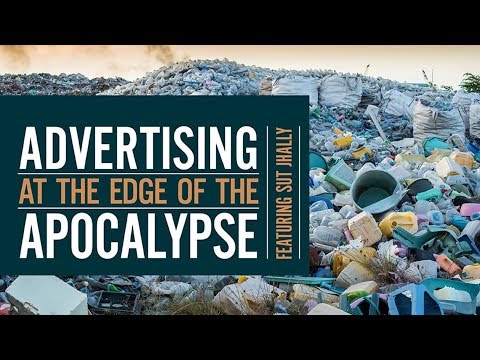 Money and advertising are behind the most massive hallucination of our time. But what for exactly now that our global debt load is about to take us down completely?

3 reasons to fear America's massive $70 trillion debt pile (CNN JULY 2019) | The global balance of borrowings is over $246 trillion, nearly 320% of worldwide GDP and just shy of the all-time high it reached in the first quarter of 2018. That means, overall, the world is borrowing more than it is producing. It is living beyond its means, so to speak. Such a massive pile of it puts the world — and emerging markets in particular — at risk to sudden shifts in market conditions.

As stipulated in our previous column, 70% of people are right to sense that something is deeply wrong but there is not much time left for them to really figure out. This to say that the time frame left to spread the word is also shrinking.

Thousand years ago the powers-that-be used other subterfuges, like promoting the right to invade others to increase wealth and claming that it would benefit everybody. We saw this in (the so-called) Great Rome whose conquests ended up fueling such a "slave surplus" that when the empire collapsed there were more slaves than citizens, most of which were starving since the slaves had taken most jobs. Case point - money creates scarcity.

Capitalism is not free trade, and as a matter of fact free trade only exists in small communities. Monopolies start taking shape when the number of individuals trading reach a certain number. Once individuals become more anonymous. Free trade never lasts because of greed, and greed is caused by the mere presence of money.

No matter how we look at it, the same conclusion always pops up. Yet the consensus tells us that greed is a necessary evil and that we have to thank greed for having the basic necessities. A car, a home and a job, unlike in the poor countries, and that we'd consider ourselves "blessed".

Advertising is subliminal hypnosis but the good news is that as soon as we awake, the "dark magick" stops working - It is thus undestandable as why some degrowth economists dream of seeing advertising to be banned .

We need another system.

A system based on Trust, Integrity and Empathy to end the most lethal hallucination humanity has ever known!

Advertising at the Edge of the Apocalypse - Jeremy Earp, Sut Jhally (2017)

Ten years on from his previous film, Advertising & the End of the World, renowned media scholar Sut Jhally follows up by exploring the since-escalating devastating personal and environmental fallouts of advertising and the near-totalising commercial culture. The film tracks the emergence of the advertising industry in the early 20th century to the full-scale commercialisation of the culture today, identifying the myth running throughout all of advertising: the idea that corporate brands and consumer goods are the keys to human happiness and fulfilment. We see how this powerful narrative, backed by billions of dollars a year and propagated by clever manipulative minds, has blinded us to the catastrophic costs of ever-accelerating rates of consumption. The result is a powerful film that unpacks fundamental issues surrounding commercialism, media culture, social well-being, environmental degradation, and the dichotomy between capitalism and democracy.

The commodification of anything we can think of has destroyed integrity and to fix all these serious problems, we'll have to realize that integrity has all the solutions to fix the latter!

I advocate abundancism, where We stop accounting for Our energy added into the community/money systems. Such practices are archaic with tech We now have.

Speaking of advertising, when will you start your banner campaign that you promised to do with your steemit profits?

I smell a hypocritical rat...