This special statue of Maa Durga made of 50 kg gold, will be surprised to know the price 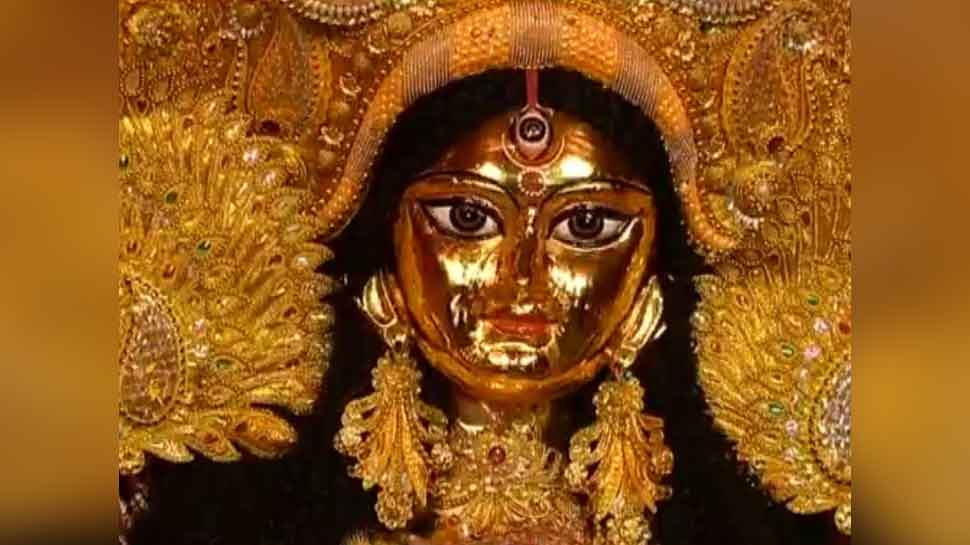 This special statue of Maa Durga made of 50 kg gold, will be surprised to know the price

This Durga idol is made out of 50 kg of gold and is worth 20 crores. This statue of Goddess Maa has been completed by 250 workers in 3 months.
Kolkata: Idols like Maa Durga are seen all over the country during Navratri. Especially in Kolkata, Durga Puja Kolekar gets a different enthusiasm. People here celebrate their biggest festival

He further said that for the first time, the committee has come up with such a unique idea. Earlier, we used a gold sari for Maa Durga. These idols were made by the hands of local artists of Bengal.
At the same time, the committee that installed the statue claims that it is the most ex pensive Durga statue of the country so far. The statue, installed on the Santosh Mitra Square, is 13 feet in height and is heavily guarded by its security force.