Your right to weaponized defense 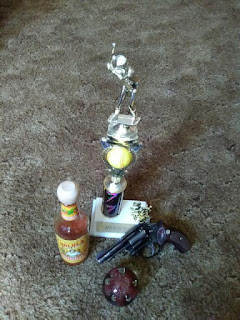 I believe you should be prepared and able to defend yourself from any violation, by anyone, anywhere, at any time. No exceptions.

That doesn't necessarily mean with a gun.

Obviously, a gun-- designed as a weapon-- is better than just about any improvised weapon. But some bad guys make up rules saying you can't have a gun-- and they'd all like to do so. In fact, they would rather you have no weapon at all, but that's just not an option for them in the real world, so they do as much as they believe they can get away with.

As it is, you always have access to weapons, whether you know it or not.

The dangerous thing to admit is that this natural human right doesn't change if the attacker is a cop "enforcing the law" when the "law" is counterfeit. Yes, you have the right to defend yourself and others from all violators, and the cop or its gang will probably murder you for doing so. It's one of those hard choices where neither option is particularly good for you.

Even so, it may be good for society in the long run. Good for your descendants. If it makes the police state even a little harder to maintain and expand, it helps humanity.

It's sad that so many choose to side with the bad guys when it's still relatively safe to stand opposed to them. But I won't do that. Will you?