Could I have been wrong all along? 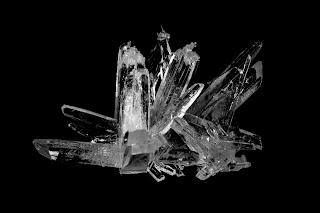 Photo by Jason D on Unsplash

Here's a rare kind of post. I'm looking at what might be a crack in the "standard" libertarian/abolitionist/Voluntaryist/anarchist view.

If no individual has a particular right to do a thing, that right can't be created out of thin air by any number of people joining together or by calling yourselves "government". If theft is wrong, you can't make it right through a majority opinion to call it "taxation" and decide it's OK in this instance.

If you have no right to do a thing to another person, how can you believe that by joining with another person who also has no right to do it, the two of you now magically have the right. Or, perhaps this previously nonexistent right only pops into existence when a dozen people who have no existing right to do it come together. Or a thousand or a million of them.

How can a right which doesn't exist individually suddenly exist just because people joined together?

There's one problem with this reasonable view: Sometimes the whole is more than the sum of the parts. Spontaneous order-- also known as self-organization-- can arise spontaneously after a certain point of more and more of something being added, and create a completely new quality or property no part had before the parts were combined and reached a certain quantity. Yes, that's usually the result of combining somewhat differing parts, rather than more of the same-- but not always. Are rights a property of individual humans? Can new rights which didn't exist before emerge from Spontaneous Order?

Maybe there is some way you can take a number of people who have no right to commit ritual human sacrifice ("capital punishment") but when they join forces in sufficient numbers this right springs into existence. It sure seems the majority of people believe this is the case.

I don't think so, but I do wonder. And, even if you have the right to steal in the name of "taxation" because Spontaneous order created a previously non-existent right from a mob opinion, I can't support it. I won't support it.

So what do you think?

This may just be yet another case of my thinking getting me in trouble with those on my own side, and why I'll never be palatable to the majority-- even the minor majority of liberty lovers.

Thank you for helping support KentforLiberty.com.
I hope I add something valuable. If so... Donations and subscriptions are always appreciated!
Find me on Patreon