Bullying's cure is fighting back 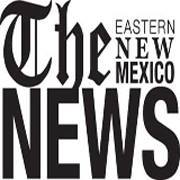 (My Eastern New Mexico News column from September 18, 2019- posted in its entirety now that the paper's exclusivity has expired)

It's as predictable as the equinox: school starts in the fall and bullying catches society's attention anew. It's not as though bullying stops over the summer break, but then it is usually left-over momentum from the previous school year. "Back to school" recharges it.

Schools decry bullying, often getting the community involved. It's a halfhearted effort at best. Schools can't eliminate bullying without undermining their own system since it's based on authoritarianism-- socially accepted bullying.

The dictionary says a bully is anyone who uses strength or power to harm or intimidate someone weaker, usually to force them to do what the bully wants.

Who, other than an insecure person with little self-worth, would behave this way? Whether it's the schoolyard bully, the authoritarian teacher or principal, the politician or the politicians' badged "muscle", if you choose to push others around-- literally or figuratively-- to force them to do what you want, you can't think very highly of yourself. I pity bullies, even as I hope their victims fight back hard enough to make the bully reconsider their poor life choices.

Fighting back is the only cure for bullying. The victims must fight back, and shouldn't be penalized for doing so. Yet this is the solution no one in an official capacity, who claims to oppose bullying, is willing to accept.

Forcing victims to rely on someone else to solve the problem for them is also bullying. It doesn't teach responsibility and won't build confident character for facing life's other struggles. Encourage the victim to stand firm. Back them up if you're concerned about their safety, but don't tolerate anyone who treats fighting back against a bully the same as bullying.

Some bullied kids have gone on to strike out in tragic, angry ways at those who didn't bully them-- themselves or other innocents. I suspect this is because healthy ways of fighting back were forbidden. The frustration must build to intolerable levels, finally snapping in the worst possible way. The victim, because of his lack of competence in dealing with bullies, becomes a bully. Or a mass-murderer. It's no excuse, but it is predictable. You can create a monster by being monstrous to someone. Forbidding self-defense or turning a blind eye to officially sanctioned forms of bullying is monstrous. Society ends up paying the price for official cowardice.

Bullying is a problem. It won't be solved by ignoring the solution or by making the social environment worse for its victims.

"It takes two to fight."

I hate this saying used to justify school punishment policies. It takes one to fight. Fighting back doesn't make the victim equally guilty as the assailant.

Collective punishment is one of the most evil of acts.

You are absolutely correct, and this is what I have learned in my life, and pass that knowledge down to my sons. They will never be reprimanded by me for defending their own selves, or another innocent being, I would be very proud of them.

When I was in Seventh Grade I was assaulted by ~forty jocks at once. The altercation spilled out of the gym into the hallway in front of the office. I was fighting with every bit of violence I could muster, biting, scratching, punching, kicking, but the combined weight of 40 guys - all of whom were bigger than me - was overpowering, and I knew that going in.

During the fray, I recall the gradual reduction in number of my assailants, and I was able to incrementally become more effective in my thrashing about, which I undertook to the best of my ability. Eventually the last aggressor simply flew off my chest, where he had been pinning down my arms with his knees and gleefully poking my breastbone repeatedly, giggling like the deranged sadist he was.

As I leapt up, preparing to chase each and every one of them down individually and put paid to their bullying, the Principal of the school (who had been peeling them off the pile one at a time) grabbed me by the collar and marched me to his office, where he beat me with a three foot plank with holes drilled into it to reduce air resistance, for fighting. AFAIK, this was the only punishment meted out by the school for the incident.

If I lacked understanding that institutions are essentially bullies, this event revealed that fact to me.

Over time, the bullying by jocks ended, as I did track them all down and discourage them from picking on me, one at a time. I was never able to defeat the school however, despite calling out the Principal and Vice Principal to step outside with me so I could beat their asses.

The students doing the bullying in schools are just doing what they're taught. It's the schools themselves, along with banks, police, courts, hospitals, and every institution extant, that are teaching them to be bullies.

I have never stopped refusing to be cowed by bullies, and today, as I see more and more people rejecting the liars spewing disinformation through the news, I believe I am winning. I have paid a price for fighting back. What I have bought with that price is worth it.