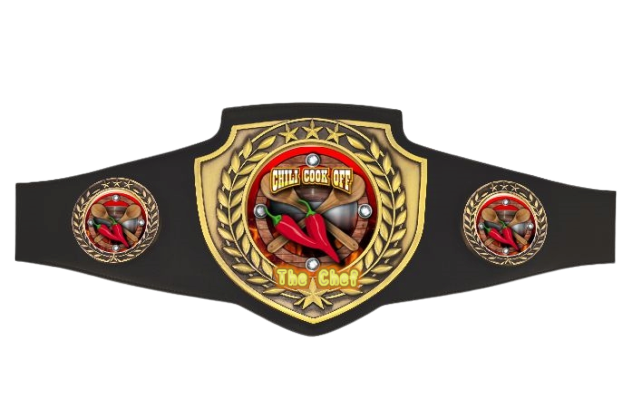 The building is rather quiet for a Sunday morning as Anthony Craig, enters the kitchen prepared to do the prep for the Monday work shift. He has had a couple of employees call out due to sickness, so he's there filling in as that's the life of a working restaurant owner and head chef. He walks through the kitchen turning on the burners and the fryers getting them up to temperature while he fills the steam wells and turns them on as well.

he begins laying out the vegetables that need to be cleaned and chopped for fresh salads, and side dishes while laying out the many different portions of meat to marinade, slice and chop for the week. As Anthony Craig begins to get his hand's dirty seasoning the meat with his own personal five-star seasoning mix the restaurant phone begins to ring. He looks up as he barely hears the ringing coming from the front of the restaurant. He quickly washes his hands and heads towards the phone to answer it.

He answers the phone to find out yet another employee has called out this time for a family emergency, it isn't a major problem as it's a hostess and can be filled rather easily. He heads back to the kitchen and as soon as he does the phone rings again he turns back around and answers it. The voice on the other end is his Sioux Chefcalleing out as well due to a death in his family. Anthony Craig is beginning to get rather annoyed as half his crew has called out for the morning shift.

After slamming the phone down he hurries back to the kitchen and continues his prep work, as he tries to figure out what to do.

"The Chef" sits at the bar going over paperwork (food orders, schedules, and bills) as he attempts to change his disposition while filling the vacant spots for this week. He sips on a freshly squeezed ice cold mint and vanilla peach lemonade you can see the frost on the side of the glass. Ringing can be heard again but this time coming from his suit jacket laying on the counter, he shakes his head and reaches into it pulling out his phone.

He looks at the number noticing it says, unknown caller...

Voice: You getting our little message yet? Think real hard about what we said and what's going on, when we tell you to do something do it or things could get a whole lot worse. In twenty minutes the camera crew and special Food Critic will be there and this time you will be there and do what we said.

Before Anthony Craig could even attempt to reply the phone went dead. He slams his fist down on the bar almost spilling over his drink. Twenty minutes later a knock on the front door of the restaurant can be heard, "The Chef" looks out the plate glass window seeing the camera crew and critic. he lets them in and instantly is all business and professional with them even though he's highly pissed at the situation.

The Chef: Good day, I'm Anthony Craig owner and head chef of this magnificent restaurant "A Taste of Hong Kong" please have a seat and let us get this done.

Food Critic: Okay, I like how you think Mr. Craig, I don't want to take up to much of your time and would love to get this done as quickly as possible. So let's begin, the first question tell me and the world your thoughts on your upcoming opponent Xiaolong?

The Chef: You want to know about my opponent, fine, I will tell you what I think. The man, Xiaolong is a champion for a reason, to be exact he's the XHF Phoenix Champion. I heard what he had to say and just like everyone else, they always want to talk about the fact I am a chef. Yeah, I am and one of the greatest in the world, I have earned that title, a Five Star title.

He stands up and quickly walks around the bar reaching down as he lifts up a championship belt showing the food critic and camera crew.

The Chef: You see this is just one of the many cooking championships I have earned throughout my career, but this does not define me. I came to the AWF to become a five-star wrestler and to win gold, I may not have accepted this challenge myself but it doesn't make a difference as the recipe will still come out the same way.

The Chef: So, maybe Xiaolong should focus more on the fact I am 6 and 2 in my wrestling career and my only two losses have come from a tag-team match and a multi-man Xcrown championship match. Maybe he should worry more about the fact that I excel at everything I do, maybe he should find out the name of the title he holds instead of trying to correct others with false information and maybe he should be more worried about training for our match than watching reruns of celebrity cooking shows.

Food Critic: Okay, okay, understandable so tell us what you plan on doing at Prestige 45. What exactly is your mystery recipe for this match?

Anthony Craig lays the championship belt down across the bar as he takes another sip of his drink.

The Chef: Well, if I told you exactly what is in my recipe than it wouldn't be a mystery now would it? But I will give you a couple of steps along with ingredients for this recipe that will claim me the XHF Phoenix title. First, I will take out the legs of my opponent Xiaolong, while I break them down and tear the meat from the bones. Then let's skip to a couple of steps later I will simply snap the carrot sticks in half, well my opponent calls them arms.

The critic begins to chuckle along with the camera crew.

The Chef: Okay the final step will be to "Flambe" the dish causing the most aromatic, flavorful ending possible. "The Chef" Anthony Craig being declared the NEW XHF Phoenix champion!

Food Critic: Very interesting take, so let us move along to the question I'm sure the world and your opponent would like to know. What is your connection exactly to the Society of Michelin Chefs and why do they want this XHF Phoenix championship?

The Chef: Let me put it this way, my connection to them goes back over a decade and is complicated. As for why they want this championship, it's a simple answer. The Phoenix championship is the hottest thing going today, it's the most sought after title in Ascension Wrestling Federation. My opponent asked me that question as well, so let me explain it to him in simple terms I want that championship because it is the Kobe steak of the wrestling world. That championship is the rarest of Truffles, it's the Lobster of the wrestling world. So I five-star chef would only want to fulfill his recipe with the most tasteful, elegant of ingredients.

He stands up as the phone begins to ring once again, he motions for the critic and the camera crew to follow him as he continues to speak ignoring the phone as he already knows what it's about.

The Chef: I need to get back to work, so allow me to finish this up rather bluntly. Xiaolong, your about to find out why I am the best at everything I do, I don't need to cheat or skimp on cost in order to create a master dish. I don't need to have the championship handed to me like a premade pizza or cake mix. I do everything from scratch and come Prestige 45 your the main course and beating you will be from scratch.

The Chef: One last thing Xiaolong after I put you in the "Mixer" you will start your career from scratch!!!

Anthony Craig escorts everyone out of the restaurant before walking back over to the phone checking the caller id...

Hi, @dukekosloff2017. Very interesting this story. With very bold and well argued statements to convince the reader. It has been a pleasure to have read. Cheers