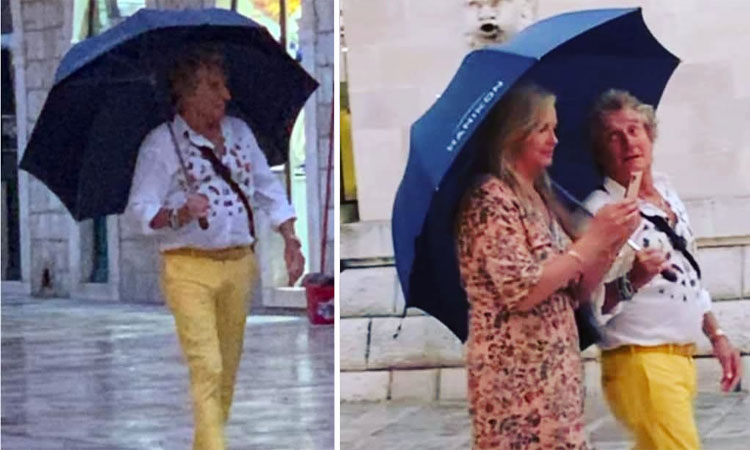 The Scottish rock legend, Rod Stewart, was spotted yesterday strolling down the main street of the Old City of Dubrovnik. Sir Rod, who played a mega concert in Zagreb in 2018, enjoyed an evening meal in the historic core and then soaked up the sights and architecture.

And Stewart (75) made the most of this family break with his wife Penny Lancaster (49) and their two children. They all appeared in very high spirits and not even a brief summer shower dampened their mood as Stewart had a large umbrella on hand. They certainly saw a unique Dubrovnik, without the normal tourist crowds and cruise ship passengers.

It is believed that Rod Stewart and his family arrived in Dubrovnik on the mega yacht of the richest New Zealander, Graeme Richard Hart. The 116-metre-long Ulysses is currently at anchor near the Port of Dubrovnik.