Will a Socialist President Collapse the Economy? [VIDEO] 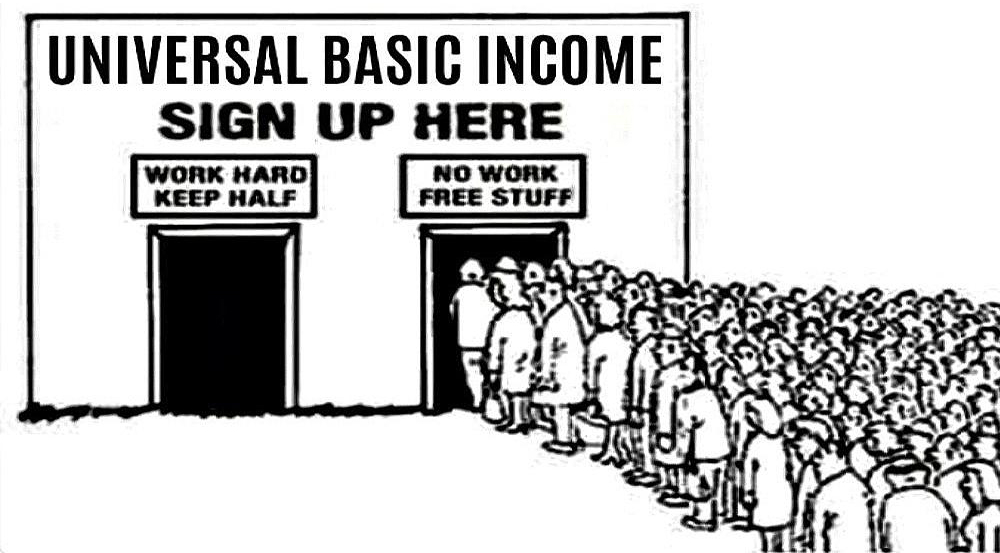 These days, it’s no secret that Venezuela is a country in desperate crisis.

Meanwhile, some guy named Andrew Yang is so afraid that robots will steal his and everyone else’s job, he’s promising to take over the federal government so he can send unemployment checks to everyone… because why wait?

In fact, fast-forwarding “progress” (whatever that ends up looking like) may not be the most terrible thing. Unfortunately for most Americans, it’s going to get worse before it gets better.

Of course, I don’t want people to have to suffer the consequences of the looming crash, which is why I do everything I can to sound the alarm about being prepared.

The reality is, at this point, the death of the US dollar cannot be avoided. Sadly, the longer it takes, the worse the effects will likely be, in many ways.

At the same time, if Sanders or Yang get their way, their ridiculous schemes would create some massive opportunities! Capitalizing on the inevitable outcomes of economic central planning is not as difficult as it may seem (SUBSCRIBE).

I break all of this down in my recent vlog report from the mountains of Santorini, Greece.

If the entire financial system is going to crumble, perhaps it’s best they get it over with so that you can sooner begin to move on and reimagine your future.

Survive the dollar collapse & prosper being a TDV member: https://dollarvigilante.com/subscribe

Great to see you posting on Steem! Have you heard of @threespeak yet? I guess so? Let them censor every freethinker and journalist, because we have lots of censorship resistant venues right here! Just need to clean up STEEMS rep and to forget about stinc 😁

😂 thanks, something didn't quite look right 😂

what is @checky actually doing? o.O

I’m not saying free money will solve the problem I can see how it doesn’t work in a country like my own but I do think it should be explored as with the rapid growth of AI and the ability to create value we will need fewer people working I think UBI could help but perhaps a conditional UBI that’s given in condition you perform certain tasks! I can see so much benefit in helping students get something while they search for jobs

If we had real, sound, money, this would be apparent the moment UBI was implemented.
Basically, it would be, they tax ALL the rich and then give out the money equally, and...
Here is your check of 12¢.

Only through the magic of money printing can you pay out a UBI.
And thus, your UBI check will be eaten by inflation about as fast as they are printed.

You make a fair point on the buying power of money and sure UBI based on inflationary currencies aren’t going to work, I mean we could give everyone $5000 a month but a bread costs you $5000 so what does it matter?

I’m not saying it’s a silver bullet but surely worth a try! I think the words UBI often is seen with a radical redistribution of funds and scare tactics but it really doesn’t have to be done that way!

The problem comes along this path.

For a middle class person, the major problems are not enough money... so, the govern-cement solution is to throw money at it.

However, the poor are not helped by money.
They actually need things. They need tools to become self sufficient.

Our society is geared to take those tools away from people.
Land? Didn't make enough money, say goodbye to your land.
Growing your own food... well, not in this spot, or that spot, or like that, or...

Basically, the govern-cement has made the minimum level of competence need to live a fruitful life at over 100 IQ. Thus, half of the people are outlawed from having a fruitful life.

This is what needs to change, not money.

And, if we really cared about the poor, what we would give them is a tiny house on a piece of land.
This would cost far less than any UBI.

Now this is the best thing I’ve read on the internet today and a really sound analysis! I have to agree with you! We’ve created a n exclusionary society where actual skills that can make for a full life are now being limited and you have to join this shit trade time for money system which not everyone was geared towards

Now this is the best thing I’ve read on the internet today and a really sound analysis! I have to agree with you! We’ve created a n exclusionary society where actual skills that can make for a full life are now being limited and you have to join this shit trade time for money system which not everyone was geared towards

Will a socialist president collapse the economy?

Yes, because socialism destroys incentives for people to try hard. And it is those people, the 20% who create the 80% that make it so the economy can survive.

Will a conservative president collapse the economy?

What am i talking about? There are no conservative presidents in The US.
So, the economy will still collapse, but slower.

Socialism should be classified as a disease.
Totalitarianism is also a disease