THE STEEM CRYPTO ACADEMY:ALL YOU NEED TO KNOW ABOUT STEEM BY @DISTINCTION001 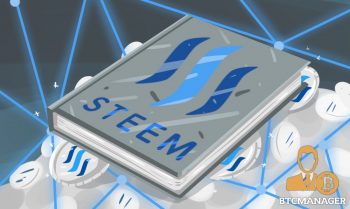 When it comes to the blockchain, there has been a lot of dount about its Existence, viability and potential.

• Meaning if Steem
• How Does Steem Work
• How different Is steem From other crytocurrencie
• Brief History of steem
• Difference between Steem, Steem Power .
• Conclusion

Source[Blockchain council]
Steem (STEEM) is a decentralized cryptocurrency that runs on the Steem blockchain, which powers the Steemit social media and blogging platform. The digital currency STEEM is not mineable like bitcoin or ether. Instead, the Steem blockchain allocates the majority of newly produces STEEM tokens into a reward fund, which is used to pay Steemit users for contributing to the platform.

Also, Steem (STEEM) is the cryptocurrency that powers the Steemit network. Steem can be used on the Steemit platform to gain Steem Power (SP) through a process called “powering up” or to buy Steem Dollars (SBD).

Steem has become part of our daily lives, it's has become one serious routine we just can't let go. Working in the steemit plartform has been an eye opener for most of us.
From Experience, we notice that STEEM is similar to other digital currencies; it can be traded, sold and exchanged in open market similar to other cryptocurrencies.
For the case of STEEM, the currency is created by the network every day and is distributed to the people who upvote and curate contents on the platform.
Which we do no doubt.

How different Is steem/steemit From other cryptocurrencie

From the explanations above,  STEEMIT is a social media platform built on STEEM blockchain and is similar to REDDIT, but there is a significant difference between the two :

In case of STEEMIT, it pays to both the parties, the content creator and the one who shares and upvotes it.
It is only possible because STEEMIT has its digital currency called as
New units of the currency are created every day by the network. This currency is distributed to the users who exchange digital currency for real money. You can start off free.

Having gone through many worksand papers published I was opportune to come up with this.

Hi; I am Ned Scott, the founder of Steemit, Inc., an organization that has mined and is currently mining Steem. Steemit, Inc provided the source code for Steem.
In the next few months, we will be releasing a white paper and a website to describe more about Steem, the cryptocurrency and blockchain.
The reason this chain has been manufactured into existence as is is most explained by the following blog post: http://bytemaster.github.io/article/2016/03/27/How-to-Launch-a-Crypto-Currency-Legally-while-Raising-Funds/
We appreciate everyone who has mined this into existence with us. I am available to speak privately with anyone who has mined this chain.
Look forward to being a part of the Steem movement with you.

with lesser doubt we all can confirm that steem is Ned Scott.

Steem (STEEM) is the cryptocurrency that powers the Steemit network. Steem can be used on the Steemit platform to gain Steem Power (SP) through a process called “powering up” or to buy Steem Dollars (SBD). As a liquid digital currency, it is convertible into fiat and other digital currencies on cryptocurrency exchanges such as Bittrex, Poloniex, UpBit, and HitBTC. STEEM also dictates the value of the rewards that are paid out to users for contributing to the platform.

Steem Power (SP) is the Steemit platform’s internal currency that cannot be traded on digital currency exchanges. Steem Power has two functions. Firstly, it provides users with more influence on the platform to award higher rewards to users and receive higher rewards for curating content on the platform. Secondly, Steem Power provides holders with a share in the Steem reward pool. Hence, there is a strong incentive for Steemit users to gain as much Steem Power as possible through contributing to the network and by converting purchased STEEM into Steem Power.

Steem Dollars (SBD) is another internal currency on the Steemit platform. Steem Dollars are effectively IOUs that are worth one dollar worth of STEEM tokens when redeemed. The idea behind the Steem Dollar is to prevent a volatile exchange rate of the platform’s internal currency to deter users from interacting on the platform. The Steem Dollar can also be traded on several major exchanges and has a market capitalization of around $50 million with a daily trading volume of approximately 25 million according to CoinMarketCap.

Research have it that STEEM was Founded by Ned Scott and Dan Larimer of BitShares in 2016, New York-based Steemit, Inc. created a censorship-free Reddit-like social media and content creation platform that financially rewards users in the form of cryptocurrency for contributing and curating content.

Steemit has managed to grow its user base to over 500,000 users in less than two years as it has become particularly popular among cryptocurrency enthusiasts in developing countries who see the value in being rewarding financially for their content contributions as well as curation efforts on the platform.

Thanks for reading.
@distinction