Finish The Story Contest - Week #67! - With the best intentions 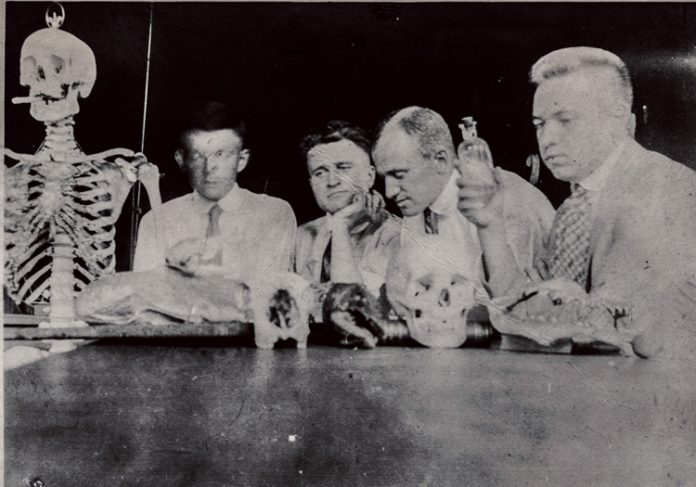 FtS is back: the best thing on Steemit!

And I don't envy whoever has to choose the winner of this contest!

We come across a hospital room, a patient with vague memories. What's happened? A weird doctor. Some experimental trials. All of these things are tropes, and the reason is because they work. There's an infinite amount of directions to take. I wanted to try something weird, within a 700 word limit.

With the best intentions

"A double toast! At your brilliant timing, for the second damn time."

The nurse spoke turning his gaze to the parking lot, beyond the window whose bars, swallowed by rust, had lost all their decorative hypocrisy. His cheerful lashing tone clashed with the fixture of his gaze elsewhere.

The lump of words channelled along the patient's Eustachian tubes like a sticky egg liqueur, while the neodymium lamp commented on the phrase with a quick moth’s flicker.

Through the steel bar on the side of the bed, her bleary, half-closed eyes returned to her the image of a lanky shape exiting the bedroom.

She wondered why she had only been noticed now, only now despite the endless carousel of drowsiness in which she had fallen for eons. A never-ending display of Chinese lamps, swarming with the nightmares of a painting by Bosch.

The impetus of thirst coagulated in a guttural moan, insufficient to make the sarcastic human crane turn back towards her.

The sound she emitted reminded her of a documentary with a koala, forced to walk on hot coals during a forest fire. It was something she had seen with Lucian that last night spent together before she left in secret heading to the clinic.

I had to fix it for us, Lucian. For once only, maybe the right one. And instead, look where I fucking got myself.

A sudden laugh tried to make its way. The spasms brought to her mind the horrible awareness of those tubes that, like worms, were violating her body. She had not noticed but two figures were now observing her from the edge of the bed.

"Rise and shine, Ms. White. You had a car accident just a mile away from the clinic. Fortunately, on his way back home after the shift, Valery noticed the wheels of your vehicle in the ditch along the avenue. We had to operate you urgently, a lung had collapsed and we had to contain internal haemorrhage in the abdominal cavity. It was not easy but someone up there decided that your day had not yet arrived. "

As he spoke, the doctor's eyes stared at her in dullness and, at the same time, darting with curiosity.

She would have said that some of her saviour’s facial muscles - not all the necessary ones - were struggling to reproduce a slow smile. The attendant loomed from behind the doctor's silhouette, tilting his head silently to one side.

For God’s sake, tear all this stuff away and just give me a damn glass of water. Then I'll pay you what I owe you and leave.

She would have shouted at them, but the only breath filtering from her broken mouth didn't even sound like a koala moan anymore.

"Yes, I understand the curiosity, Ms. White." The doctor's eyes now reminded her of those of an abyssal fish.

"You have crossed the border and turned to us to participate in the pharmacological trials and, may I add, further to helping medical progress, you have also come because we pay fairly well."

A wet and repeated slap against the floor, in a point her eyes couldn’t reach, seemed to smear those statements along the washed-out walls. Through scarcely oiled winches, the human crane behind the doctor leaned forward in her direction.

"Well, Ms. White, notwithstanding the circumstance, you will be pleased to know that we have decided to still include you in the program. You will earn your fair compensation, after all."

Perhaps because of the narcotics, the doctor's face kept changing as if his features were playing hide and seek in the blind corners of her perception. A sound came from a low point close to the bed, similar to a badly restrained gurgle, while the doctor quietly turned away.

"You will have your money, despite your unfortunate condition or, perhaps, thanks to it," he said in a last laconic murmur.

It was his smirk, the way the doctor forced the muscles of his mouth into a shape resembling a smile. The image brought her back to the time before, as she arrived to the dingy clinic whose advertisement she’d saw online.

She figured it was a scam. They always were. But that signup bonus...

Lucian worked his ass off for pennies as the café. Her wages at the kindergarten hardly covered her medication. At the end of each month, when they went over their finances sitting at the cracked and wobbly kitchen table, he murmured to himself, whispering the items on the checkbook, the amounts. Then he’d ask the same question. “Can’t you just stop taking those pills? We’d actually be able to save something.”

And then she did what she’d always regret. She’d weep and lock herself in the bathroom.

This $500 bonus would be something for Lucian. She’d signup, take the cash, and run. And that’s exactly what she’d done until…

…until she’d woke up here.

She murmured, croaking through the tubes. The staff nodded at her and left. Then the pain began again, through her legs and from her shoulders and she had nothing to do be sit and cry, unable to move any of her limbs. It was only later that she realized why: they weren’t there.

Every day was the same. Her tongue, a swollen rotten fish in her mouth, bereft of the necessary dexterity to articulate a syllable. Each day it hurt as the doctors and nurses worked away at her stomach, cutting away. She thanked God for the anesthesia, which they administered prior to the surgeries, but the pain never fully went away. What she begged for most of all was to be put under, back into her dreams.

They were always the same. Standing there on a pier, Lucian beside her. They’d hold hands and stare into the water and talk about having kids someday. It was a special idea, the thought of a little part of him growing inside her, with her. Something pure, beyond her body, her life and her choices. Then she’d start to cry and place her hands on her face and like the painting, turn and contort and hell would spill around her.

Then she’d wake up to the tubes.

“It’s beginning,” the doctor told her. How long had it been? “You will start to feel like you’re being pulled under. Don’t fight it, Ms. White.”

“If this is not successful, you won’t get a second chance,” the doctor warned. “We want you to be successful. This trial has the potential to revolutionize life itself. And you’re a very special part of that, Ms. White.”

She’d begun to remember. The night driving back. An envelope with five hundred-dollar bills in her coat pocket. The lights. A truck. Impact. It was the nurse, twith a neck like a crane. The man with a woman’s name, pulling her from the wreckage, into the truck that had caused it.

The room around her began to sink. Her vision was a tunnel, and the world outside had begun to recede, further and further away, like a train going in reverse. There was no going back, and she’d begun to lose grips on reality.

She fought, but she failed.

Lucian arrived in the clinic, still a bit drunk. Monica’s funeral in absentia, the cries of her family. It had never left his mind. And everyday after it, he’d been drunk. Dead, burned to death in a fire from a car accident. Life wasn’t fair.

Then came the phone call of a man calling himself Doctor Morre. The clinic looked like a remnant of Auschwitz, covered in rust like dried blood. Inside they gave him the baby girl. He had questions. A thousand of them. But they could wait. Lucian was shocked. The baby, so beautiful, so vulnerable. And she looked so much like her mother.

Hello @curie. Thank you for the support and curation. You keep this platform alive!

Doctor Morre, hahah. Appropriate. All the elements are effective and in their place. I like the flashback before the incident and the way you characterized the protagonist. The final twist is also a nice touch and, like everything here, coherent and realistic.

dear @dirge, you wrote a beautiful story, so dramatic but with a great final hope, the miracle of life that takes place once again. I wonder if we will come to such states of research to seek perhaps eternal life :-)) congratulations on your work and your vote curie

Hi. Thanks for reading and for the nice comments.

The baby is supposed to be horrific. The woman gives birth to herself.

damn! I didn't understand this, because of my bad English + translator !! I thought it was their son. then no, it's terrible

Great twist at the end @dirge! I thought this would be one of those stories hurtling towards drug testing but ended up being something else. The burden of living life with guilt must be one of the greatest punishment.

A brilliant story. The first place in the competition, well-deserved. Congratulations, @dirge!

I've got to be honest. This is landing slowly with me so I'll have to give it time for the "oh" moment to arrive. I even went down into the comments section. I don't understand how she gave birth to herself.

I love how you crafted your sentences. Fun read.

Congrats on the double curie!!!