The future of social networks! Movie! 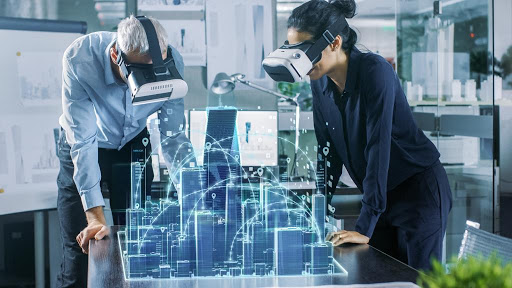 Virtual / augmented reality along with robotics and artificial intelligence are very promising industries. Most likely, in these areas we should expect the greatest breakthrough in the next decade. Already, these are many billion-dollar markets that are constantly developing and growing.

Many new and rapidly developing technologies contain tremendous potential for the future of cinema. Is film revolution waiting for us?

For decades, virtual reality (VR) has been called the future of cinema. It was said that she would be able to offer the viewer an experience incomparably more multi-aspect and exciting (immersive) than traditional cinema or television.

Extended Reality (XR) is a relatively new term that is now used to summarize all technologies: virtual, augmented, and mixed realities (VR, AR, MR). For specific products, the XR prefix means the device combines several different technologies. For example, HumanEyes has a camera called Vuze XR, which can be used to record standard spherical video, as well as stereoscopic video at 180 degrees.
Augmented reality is a digital level of information that is superimposed on the Earth and associated with the geolocation coordinates of the Earth. As opportunities are limited only by our imagination, this new location-based Internet layer provides new opportunities.

Cinema of the future will offer an individual approach to your specific needs and an unforgettable experience created especially for you. Cinema will be able to develop the plot in real time, "specifically for you, to meet your specific needs, based on what you like and what - not". The film will be perceived as part of everyday life, only with striking elements of fictional stories.

American Emmy Television Award winner, Australian artist and director of Collisions and Awavena VR films, Lynette Wallworth, says that ways to tell a story using virtual reality technology will offer a new experience for people - for example, to be in the shoes of an autistic person, to experience how such a person feels the world around him.

Technology is really changing and the advancement in the system is making life more convenient.