Risks and advantages of fiat money over gold and cryptocurrencies 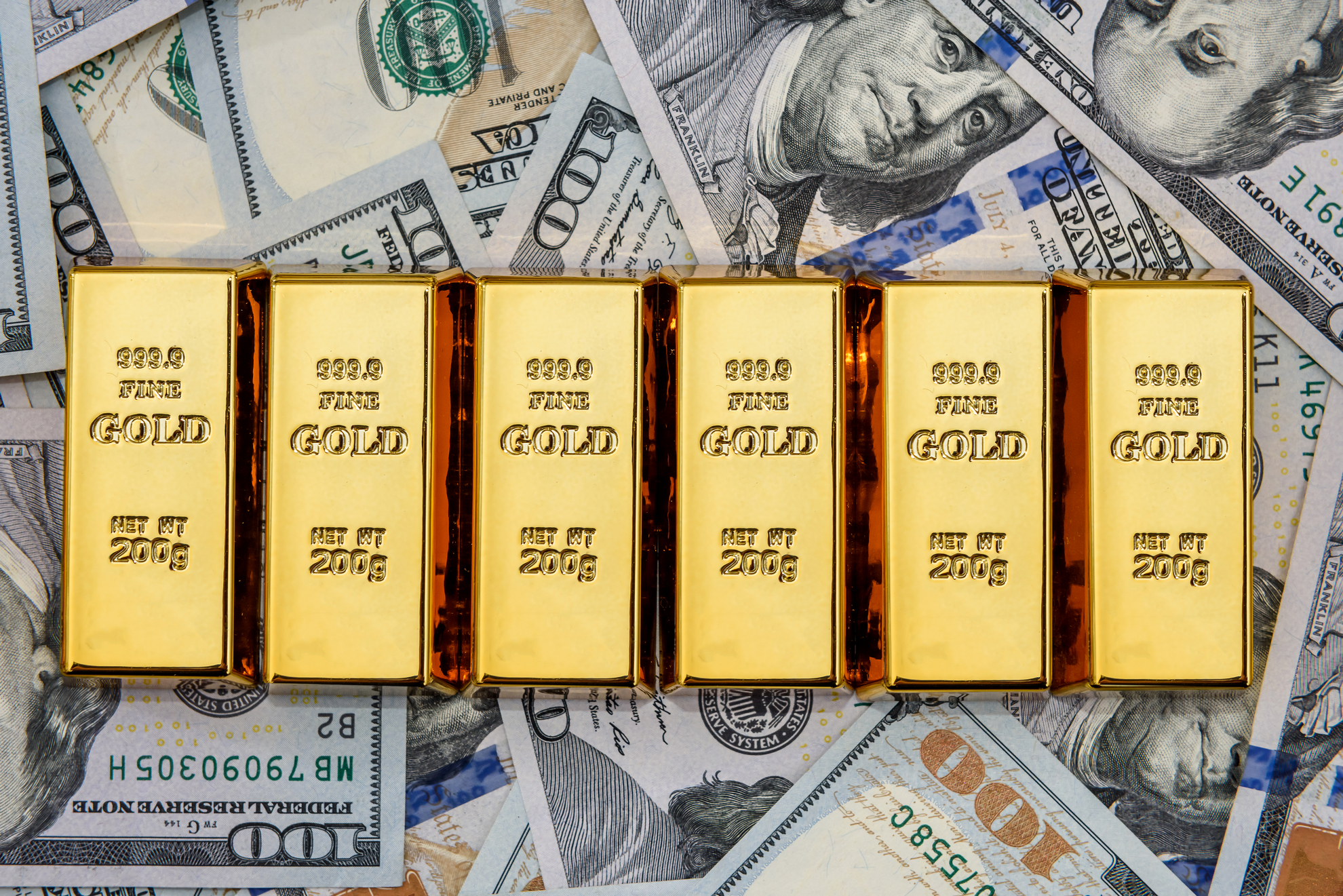 Why do people seem to trust fiat currencies so much, despite being nothing but pieces of paper? Because state authorities guarantee that his paper is real money that you can store, exchange, or use to pay for goods and services.
We believe that it's nothing but a force of habit. It's been too long since the last crisis that would really devalue the currency of a major country.

Of course, we remember that inflation in Germany reached millions of percent after the First World War — but this happened long ago. Of course, we know that the currency of Zimbabwe was recently devalued by a factor of millions – but it's a state that’s been ruled by a dictator until recently. And yes, we see that Venezuela – another authoritarian state – is going through hyperinflation right now. But all this happened or is happening in autocratic countries and can't possibly happen in a civilized state – this is the mantra that we repeat to ourselves.

Fiat paper money has only emerged recently. For thousands of years, people used all kinds of items and goods as a means of payment – cowrie shells, gold, copper, bronze, spices, and so on. If at some point, a certain item became too plentiful, its price would fall, and you could therefore get fewer other goods in exchange for it – and vice versa.
With time, people realized that paying in cowrie shells, metal bars, or something that could go bad or moldy was too complicated and costly.

As with many other issues, it was the ancient Romans who decided to solve the problem once and for all. Every new emperor or dictator made sure to mint coins with their face on them. If there wasn't enough fresh metal available, he would just take coins minted by his predecessor, melt them and make new ones.

It's from that point onward that we can track the key problem of fiat money – its constant devaluation.
For instance, in early 1st century AD, Romans used denarius – a coin made of pure silver. Just 40 years later, during the reign of Nero, a denarius contained only 94% of silver – and by the end of the century, its silver content fell to 85%.
What was the reason? Nero and his successors used this trick to pay less to their creditors. In 2nd century AD, there was less than 50% of silver left in a denarius. In 243, Emperor Philip the Arab reduced the silver content to just 0.05%. After the fall of the Roman Empire in the West, a denarius contained only 0.02% of silver.

This way, over the course of roughly 200 years, the inflation of denarii reached several thousand percent. But if we study
more recent examples – say, the real value of the US dollar or pound of sterling in the last 200 years – we'll see a similar picture.

A forecast for the future

Let's go back to the question we asked in the beginning of this article. Why do people trust fiat money?

In the past 70 years, we haven't seen any major wars involving developed countries that could radically devalue their currencies. There haven't been any major natural disasters that could seriously damage the economy, either. Sure, such things keep happening in third-world countries, where currencies lose their value due to military coups, uncontrolled printing of new money, and so on.

If you ask the population in those third-world countries that have been through hyperinflation how they feel about their fiat money, you'll find that their opinion is just the opposite of that shared by people in the West.

That's why gold and jewelry are so popular in the Middle East, and that's why US dollars are in such demand in Latin America. Nobody wants to keep their savings in the local fiat currency – because its long-term stability cannot be guaranteed.

Gold is a great way to store value, especially when fiat currency is devalued rapidly for no reason.
Here's a simple example. Let's take country Z with a stable economy and equally stable fiat currency. Bob keeps his savings in a deposit account and earns a 5% annual interest. Alice uses her fiat savings to buy physical gold and then either buries it in her garden or stores it in a bank vault.

A disaster strikes: a military coup, volcano eruption, flood – you name it. The fiat currency of Z loses most of its value in an instant. And if the government decides to print more money (to pay for disaster relief or as a populist measure), inflation can quickly reach astronomical heights.

Bob's savings will be worth nothing – but Alice won't lose anything. If local fiat money is devalued by a factor of 100 relative to the US dollar, its exchange rate relative to gold will fall by a similar amount.

Any educated person can understand this – but why are so few people actually buying gold to protect their savings? And why do the majority of people take their money to the bank, even though generations after generations have lost their bank deposits?

There is only one issue with storing value in gold: buying it is complicated, costly, and sometimes dangerous. Here we'll cite just a few examples, although we could provide many more:

Cryptocurrency to the rescue
In the context of the issues described above, cryptocurrencies are a god-send for people in third-world countries. Crypto helps preserve the value of money and hide it in case of a crisis.

The demand for Bitcoin among the middle class in Africa and Asia is several times higher than in Europe. Why do people prefer Bitcoin and show much less interest in other altcoins? Because the maximum number of Bitcoins is finite. Whatever happens in the world of fiat currencies, even if governments print dozens and hundreds of times more money, new Bitcoins will only enter the market through mining – and over 80% of the total have already been mined.
Bitcoin doesn't belong to anyone. There is no organization or country that can control it. In the 10 years that have passed since its launch, nobody has managed to hack the system – while even the leading IT corporations regularly fall victim to hacker attacks.

The only real problem is that most holders of fiat money and gold bars find it’s hard to accept Bitcoin's volatility. Indeed, if the BTC price has grown by a factor of 100 or 1000, it could theoretically fall by just as much, completely devaluing one's investment. Who would take such a risk?

If only one could invest in digital gold that can't lose its value relative to fiat currencies and free from the risks and complexities of purchasing, storing and selling it that are inherent to physical gold.

The future is already here

DIGITAL GOLD is a company that has found a solution to the challenge of money storage. In summer 2019, it launched a new stablecoin which serves the purpose of Digital Gold.

Now, investors seeking to protect their savings won't have to deal with the costs and dangers of buying physical gold. It's enough to purchase GOLD stablecoins, built on the popular ERC-20 standard. In less than a minute, any person anywhere on the globe can buy $10, $100, or $1000 worth of new digital gold.

The tokens will be instantly sent to the buyer's wallet, and the only transaction fee will be the cost of gas. The risk factor is also low, granted that the greatest loss would be losing one's wallet credentials. Exchanging the digital gold back into fiat or another cryptocurrency takes just a minute as well, alongside the gas cost (usually a few cents).

Why do we call GOLD stablecoins, digital gold? Because DIGITAL GOLD has pegged it directly to the price of gold at the ratio of 1 token = 1 gram of 99.99% gold.

The new stablecoin features several key differences from previous projects that claimed to have gold-pegged tokens:
The number of issued GOLD tokens is equal to the amount of physical gold (in grams) owned by DIGITAL GOLD and stored in a constantly monitored secure vault belonging to BullionStar. Any investor can verify the amount of gold in the vault using the BullionStar audit system at any moment. A total of 7,200 tokens have already been issued, meaning that the company stores 7,200 grams of gold in the vault – a fact confirmed by the BullionStar audit.

New GOLD tokens will only be issued once a new batch of gold is deposited in the vault. For instance, the company might buy 5,000 grams and issue 5,000 new tokens.

DIGITAL GOLD guarantees full liquidity of its tokens. The company is ready to purchase any amount of GOLD through its official marketplace at https://gold.storage/market – at any moment and at a price that’s extremely close to the market price of gold.

If supply seriously exceeds demand, part of the gold can be sold in the commodities market, with a corresponding number of GOLD tokens taken out of circulation.

GOLD stablecoins are a highly innovative instrument that is sure to attract different groups of investors. Those who have always wanted to buy gold but didn't because of the high costs and risks can now invest in gold within a few clicks.
Yet another factor that can prove crucial in developing markets is full anonymity. By contrast, it's impossible to maintain one's privacy when buying, transporting, and storing physical gold.

These and other advantages are bound to make GOLD a preferred investment asset of the future – and each of us can join this future right now.

0.66 USD has been spent to promote this content using Steemium .
Learn more here!