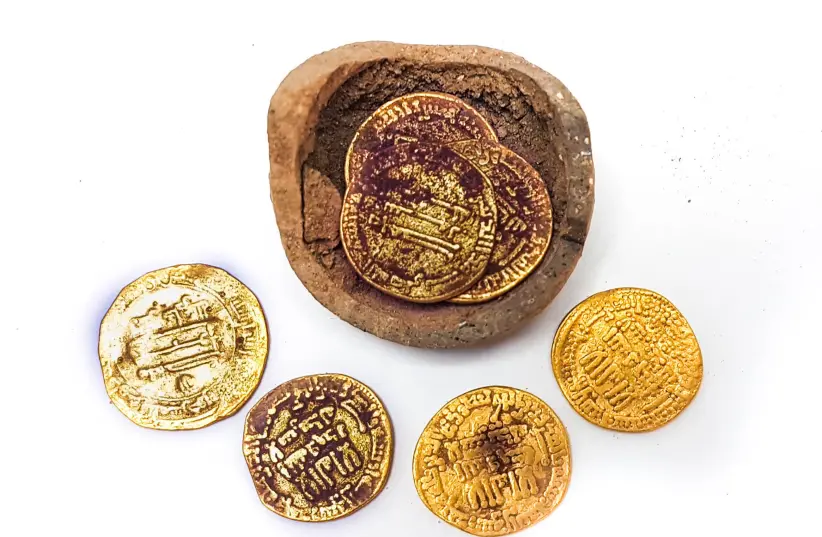 Israeli archaeologists have recently discovered several ancient gold coins that are estimated to be as old as 1200 years. According to some estimates, they could have been minted between 786AC and 809AD in North Africa.

In the past, gold coins were the ultimate means of payment, retaining that status for many centuries. Gold coins are a real physical asset, with a value that has been artificially kept down by the supporters of the contemporary credit-based monetary system.

Archaeological finds like this are additional proof that in the past, currencies were linked to real physical assets. This helped support economic prosperity over the course of very long periods.

As reported by Fox News, a dig in Israel unearthed an amphora containing ancient gold coins – probably dinars – minted between 786 and 809AD, or 1200 years ago. According to experts, such coins were used when the Aghlabid Arab dynasty ruled the region of Tunisia.

However, these aren't the oldest gold coins ever found. This title goes the coins minted by King Croesus, who ruled Lydia around 560-546 BC. Historians believe that Croesus was one of the first to mint coins; he established a standard for the purity of the metal and began stamping coins with a royal symbol. Because of this, he was considered as the personification of wealth in ancient times.

This post was resteemed by @steemvote and received a 99.17% Upvote. Send 0.5 SBD or STEEM to @steemvote