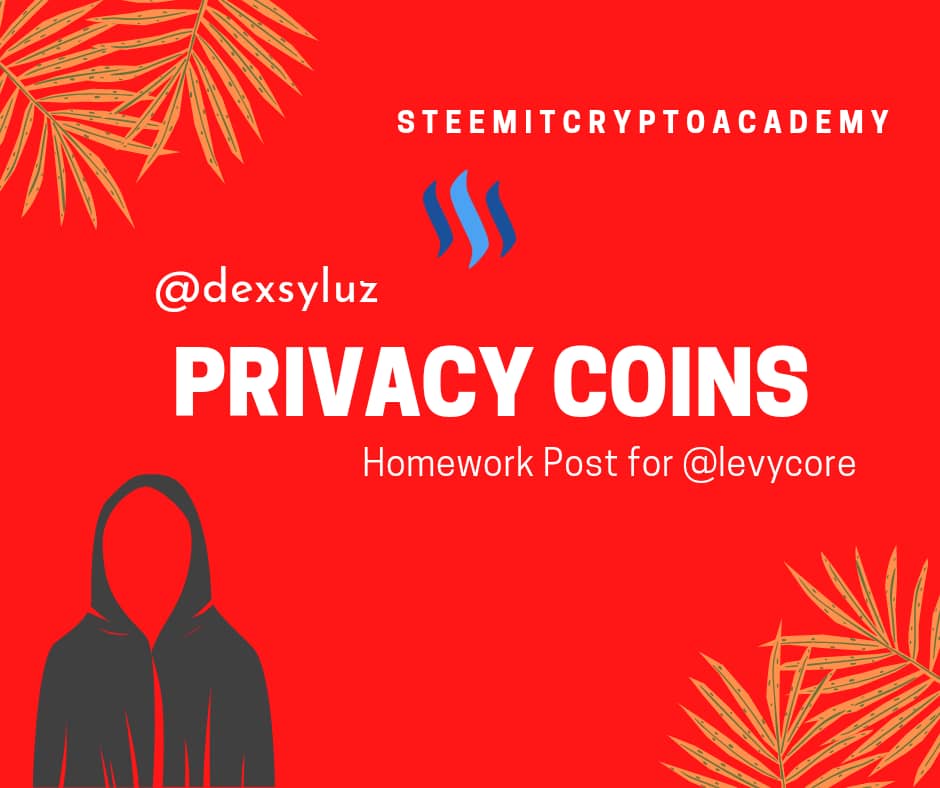 Good evening, I hope you can receive my homework with pleasure, today we will talk about privacy currencies, thank you for the information provided professor.

Now let's start the development of the task.

Fuente
1. Choose a privacy currency and perform a detailed fundamental analysis of the currency 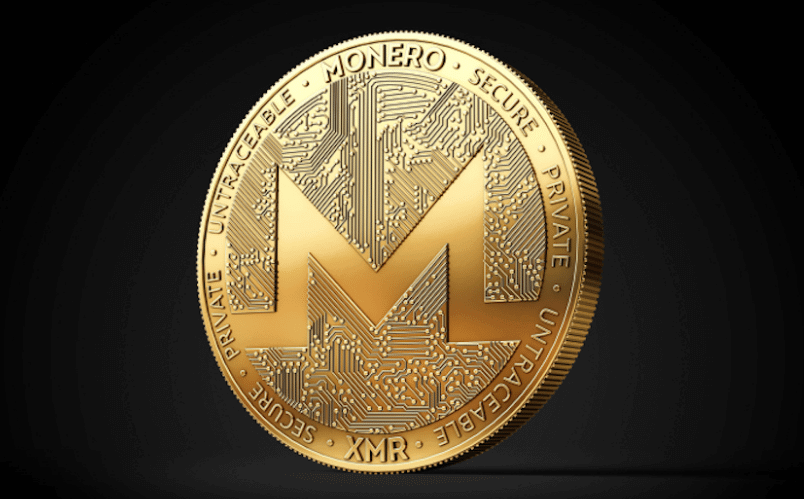 I chose this coin (MONERO) thanks to the class given by the professor, it is very curious that it is chosen for its anonymity and privacy as we saw in the class.

Monero (XMR) was created in April 2014, with the purpose of providing privacy to the user who obtains it, who was not on a transparent decentralized system.

At the moment of receiving a transaction, this money is not sent to a usual address where we have our funds, but the XMR we just bought end up in an address which will have no relation with our main address generated with random numbers, to make the transactions untraceable.

Its name at the time of creation was Bitmonero, but over time it was adapted to its current name (Monero). The privacy it offers at the beginning facilitated its use in the dark market of the Internet, thanks to its untraceable transactions, and its usefulness in the dark market grew when AlphaBay allowed its exchange in its shopping platform.

Which is why from that moment on Monero was directly linked to organized crime on the internet, for the purchase of drugs or illegal weapons. In 2017 the AlphaBay platform was shut down by internet security, even though Monero had risen in value from $15 to $305 in the same year. Then this price decreased drastically to below $100.

Actually when we send XMR to an account, the receiver receives the amount I set, but in different transactions made at different times, getting the total of the money sent, so that the transactions cannot be traced. You can also talk about monero as a project where the developers introduce I2P p technology so that the IP addresses provided end up in total anonymity. I would define this as a foretaste of the future.

The user will be able to have control over anonymity and his money in particular, different from the BTC working system. Monero is decentralized, you will not depend on external entities to control your transactions or your money, besides the privacy is due to the CrytoNote protocol it handles.

CryptoNote works with several cryptocurrencies and is an application layer that guarantees total anonymity. This protocol handles a transaction ledger which we cannot see as with BTC and other cryptocurrencies, we can know approximately how many transactions have been made but we cannot track them. Monero applies the ring signature technology that will allow us to sign a message from a particular group. 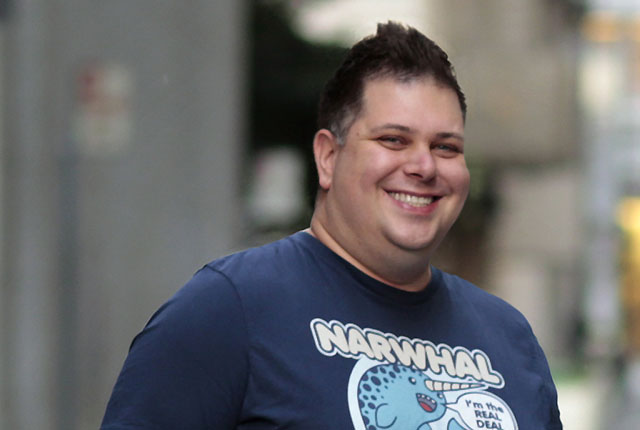 WitherPaper was launched by Nicholas van Saberhagen, it is said that it was just an alias that was used to publish WitherPaper and then just disappeared. Monero was officially released to the public by someone with the alias thankful_for_today, which also disappeared.

Thanks to the media, we know that the main developer of Monero is Riccardo Spagni, known by his alias ''fluffy pony''.

These are the most important points that Monero focuses on, in providing you with security it is going to support the fact that the project is going to support your privacy and protect your money or your transactions from being seen by other people. Privacy in terms of protecting your information. Raggedness in the handling of money and in the conduct of transactions, you will not be dependent on a third party.

2. Describe the steps to create a wallet for the privacy currency of your choice. (Screenshot required) 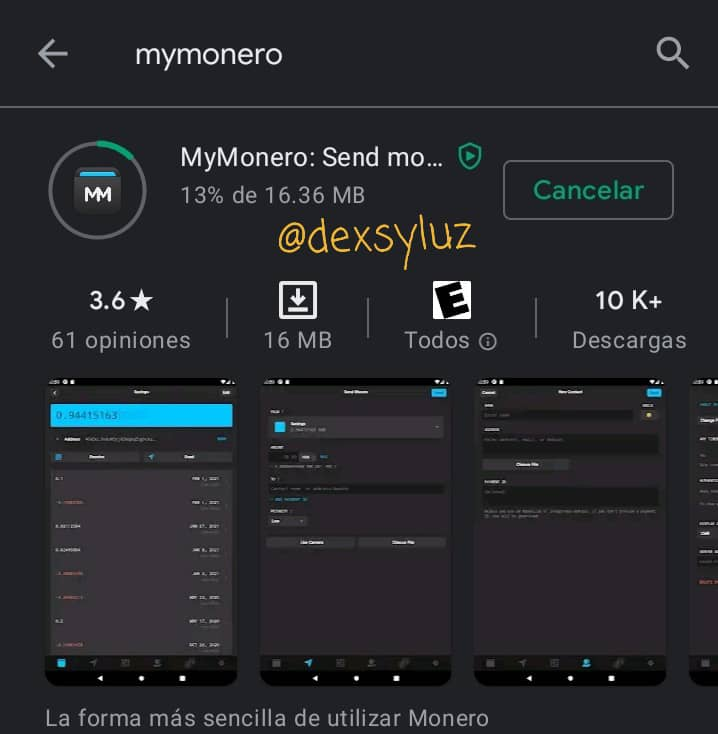 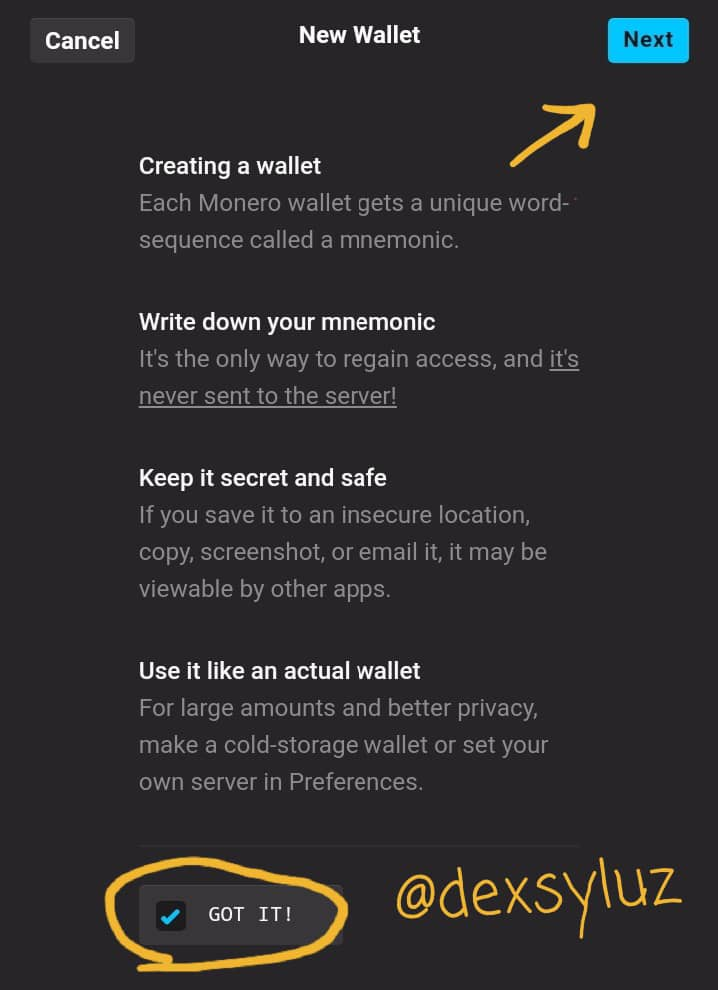 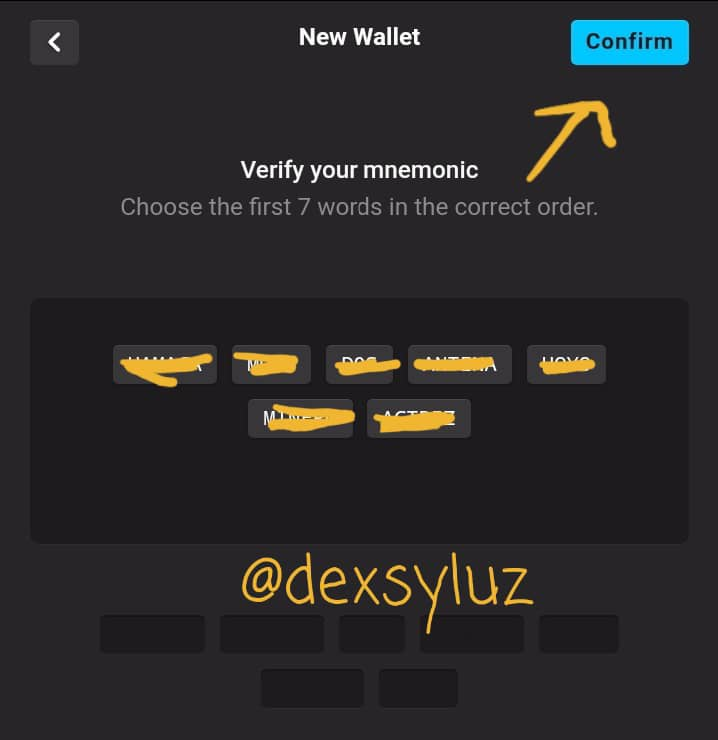 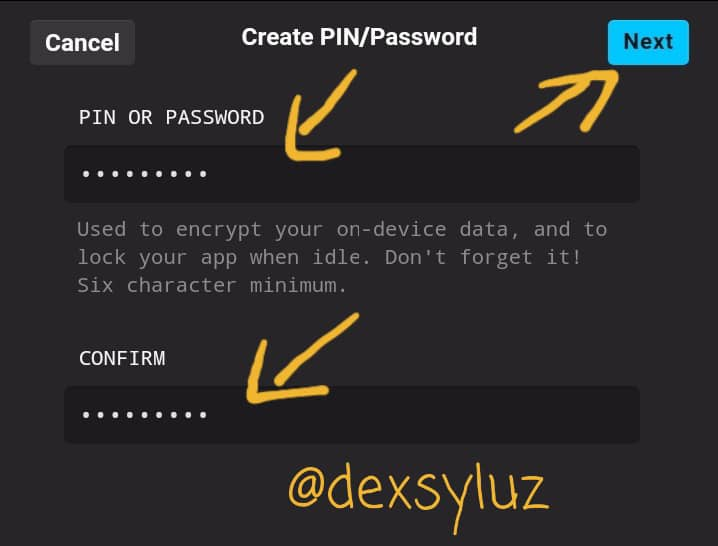 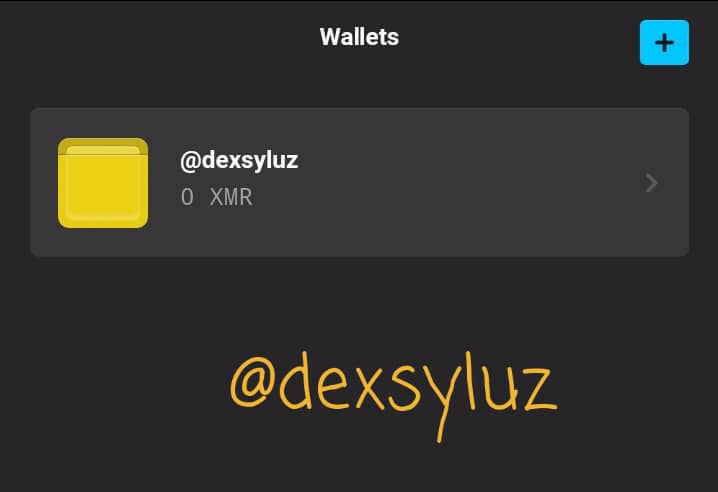 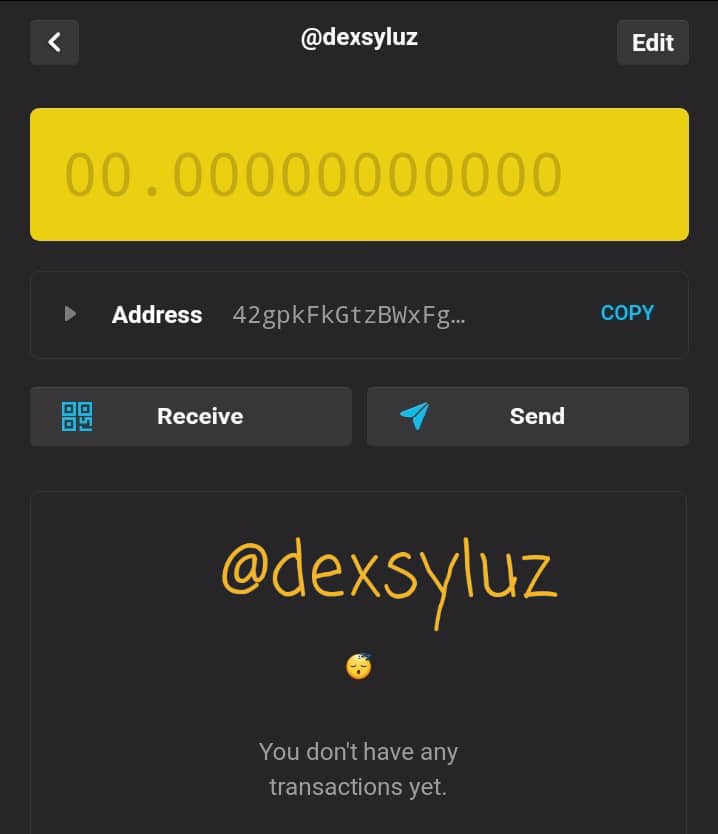 Screenshot by @dexsyluz
3. Provide an explanation of why you chose privacy currency. (List the advantages and disadvantages)

Apart from the reliability that comes with having your own website, social networks, and a very elaborate WhiterPaper, one of the reasons why I chose this currency was because of the excellent explanation of the professor, besides the fact that he did not complicate my life at the time of creating my wallet. 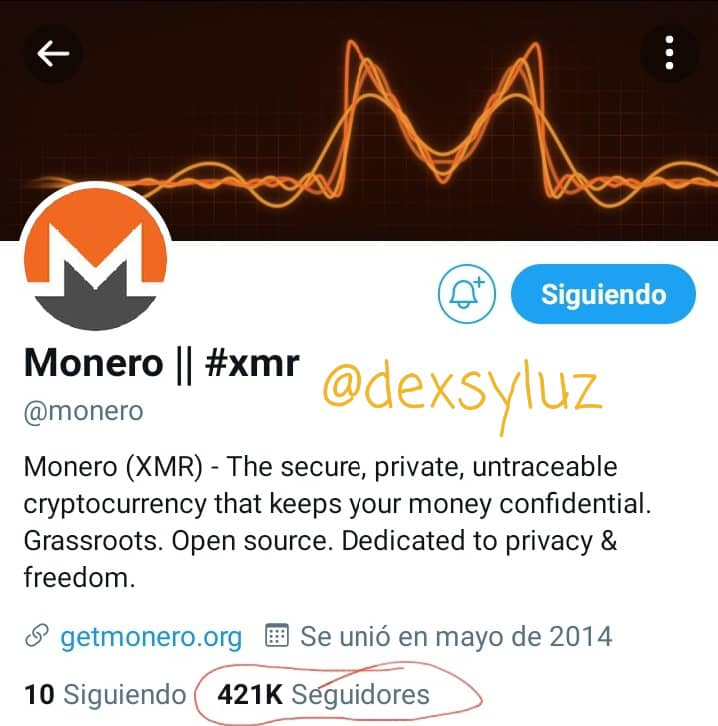 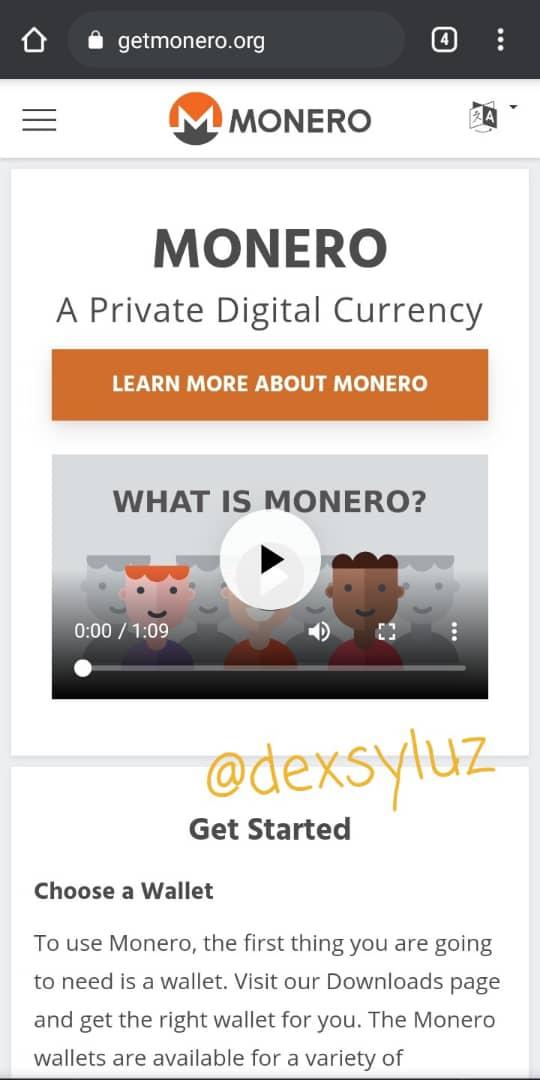 The need for authority over our privacy has existed since the beginning of man. Within us there is this need which we must satisfy and so we seek the methods to do so.

When we come across these private platforms, we satisfy that need, even though some may not trust them because they are so similar to conventional systems. We have the opportunity to obtain privacy and security through the increased decentralization of the Monero project.

Unfortunately, this project has been used for illicit transactions on the black market, so it is not very reliable for some cryptocurrency fanatics. It is like plunging into an unknown world for those who have tried to do their actions legally and in transparency.

But it doesn't take away from the benefits of using this platform, as it completely safeguards your privacy and fully secures your transactions, offers like these are not easily available. Thank you very much for the class professor, I enjoyed it very much. @levycore

Hi @dexsyluz, Thank you for taking my class in the 8th week.

This is the detailed assessment that you get from the results of writing the homework that you have created:

Teacher @steemcurator02 has not cured my homework and it expires in 4 hours https://goldvoice.club/steem/@dexsyluz/crypto-academy-week-16-homework-post-for-levycore-privacy-coins-by-dexsyluz#comments