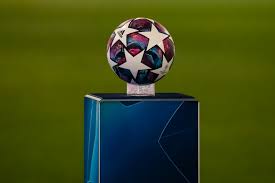 Hello everyone, I’m m @desiigner
It’s an exciting day for football fans around the world and I’m back again with another preview on the UCL semi final clash between Chelsea “The blues” and Real Madrid “The galaticos”.

After getting a vital away goal at the Santiago Bernabeu in the first leg of the UCL semi finals, Chelsea (the blues) have a shot at going to the finals for the first time after winning it in 2011/12 ,Chelsea will take positives from restricting Real Madrid to one shot on target in their last fixture, Chelsea have secured four clean sheets in their last five matches,and also the fact that the Chelsea manager (Thomas Tuchel) is the only active manager to meet Real Madrid five times without losing amounting to 1 win and 4 draws is very encouraging for Chelsea.
Even a goalless draw will see the blues through to the UCL finals, the Blues will host on the back of a 2-0 win at home against Fulham in the Premier League.

On the other hand, Real Madrid will need a win on the road to their 14th champions league title .Unbeaten in their last 19 competitive outings losing only one in their last 10 UCl games winning 6 and the rest being draws, The galaticos need a win to see them through. However, the Galaticos have now faced the English club more than any other club without winning 2 loses and 2 draws.

The two teams have met only four times since 1998,The visitor(Real Madrid) has recorded two of the three wins.
Hot Stats
Chelsea manager (Thomas Tuchel ) has seen five of his six 2nd leg matches end by a 2+ goals margin.
Real Madrid under manager (zinedine Zidane) have progressed from 11 of 12 two legged knockout ties in the champions league.

Cristian Pulisic known as “captain America” after scoring the first goal in the first leg has now become the youngest player to score in the Ucl semi final for Chelsea and also the first American to score in the champions league semi finals.
Karim Benzema also known as “Big Benz” after scoring in the first leg has taken his tally to 71 UCL goals and has become the fourth highest scorer in Europe's top clubs football competition.

It is clear from the first leg that the match between these two sides will size into a low-scoring affair at the bridge too because of how strong Both sides are defensively.

From the above I expect the game to end :
Chelsea 2 - 0 Real Madrid

Chelsea vs Real Madrid, Champions League
Date: Wednesday, 5 May 2021
Kick-off at 20:00 UK/ 21:00 CET
Venue: Stamford Bridge (London),🏴󠁧󠁢󠁥󠁮󠁧󠁿England.
Referee:🇮🇹 Daniele Orsato
Thank you to everyone @worldoffootball, @njaywan,@marcybetanbcourt for their help support to this community.
Thank you for reading hope you enjoy the preview and I’m looking forward to post more.
Keep on blogging .
Steem to the world!.

“This post has been rewarded by @oppongk from @steemcurator04 Account with support from the Steem Community Curation Project."