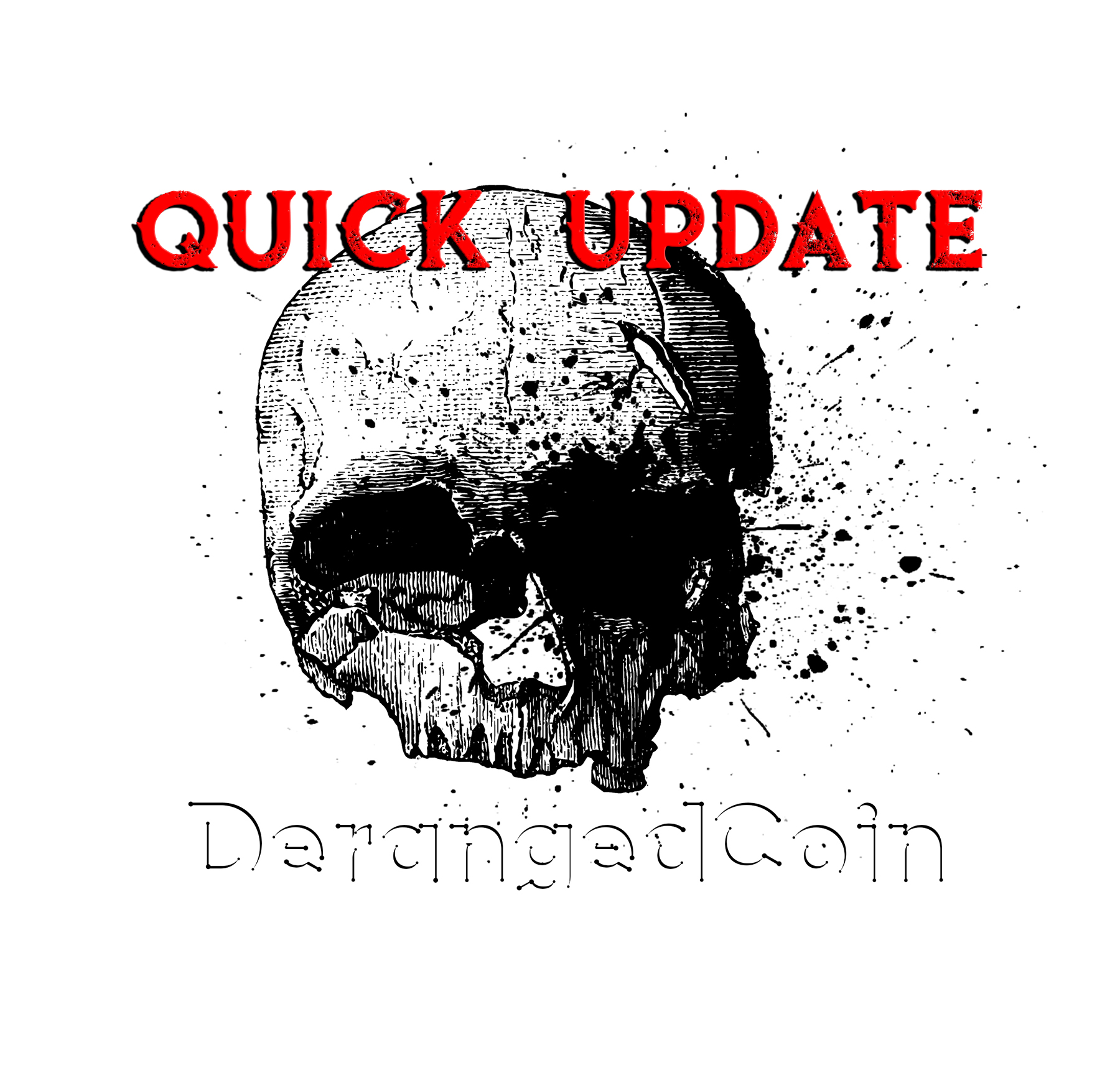 About a week ago, I announced that the voting reward for sharing 1 DERANGED would be 25% from the @deranged.coin account. There has been a great amount of DERANGED shared over the past week and the voting power was utilized as it should have been rewarding all of those people for rewarding others.

The voting power has been adjusted down to 7% for the time being to allow the VP to recover as the amount of DERANGED in circulation continues to increase and the demand on the voting account increases.

I have been checking periodically on the bot as well while I have been here in Thailand and it appears to have gone down about 2 hours ago. I have contacted @c0ff33a to let him know, but due to the different time zones that we are in, there is no ETA on when the bot will be back up, but it will be back up eventually.

I also want to let the community know that all of the DERANGED that I had planned on putting on the market has been sold and is in the hands of community. This means that the market is in your hands now. I have redemption plans in the future but as of right now, I would say this is still the accumulation phase and distribution.

Thank you all for participating in the DERANGED project. I hope that you are enjoying it and having fun with it.

Bang, I did it again... I just resteemed your post!
Week 9 of my contest just started...you can now check the winners of the previous week!
Pixresteemer is also listed as promoter on The Steemians Directory
5
10.11.2019 02:06
0
#

I'm having a ton of !DERANGED fun handing these out =p
Hope your having the time of your life at SteemFest @derangedvisions.

I am glad that you are enjoying it. Hopefully the bot gets working soon so we can all get back to being a little bit !DERANGED around here.

You just received DERANGED @chromiumone Keep up the great work, view all your tokens at steem-engine.com

You just received DERANGED @deranged.coin Keep up the great work, view all your tokens at steem-engine.com

I got one deranged coin and then bought four yesterday, to be able to do the magic trick, but first the robot didnøt react and now it says I haven't got enough coins. So now I bought one more... but... wtf :)

How many coins should I own in order to give it away? 😀😀

You need 5 coins to gift one. More details are in this post here: