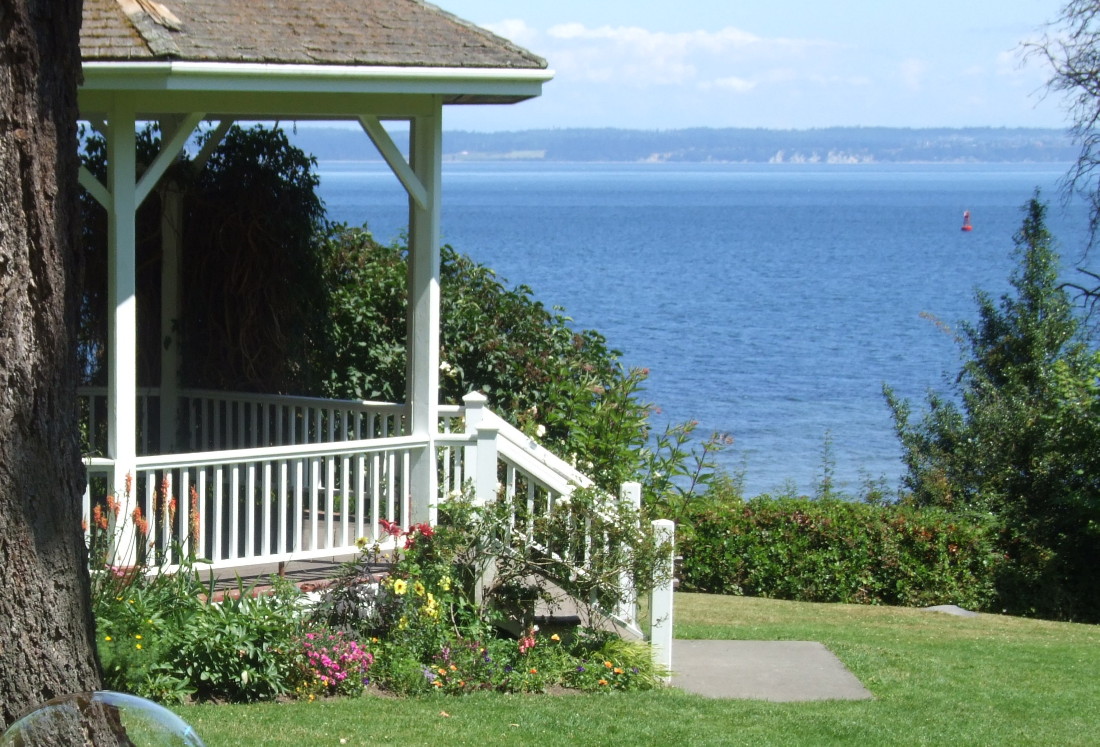 I have always found it interesting how politics — and politicians, themselves — seems to involve a great amount of "cognitive blindness;" that state in which people don't care about reality as it exists right in front of their faces, they just stand by their "views" or "beliefs" as they have incorporated them into their reality.

Please keep in mind that I am talking about reality here, not truth.

A place with a view

And there's a difference: The reality might be "it's raining," while the statement "it was a DELUGE" may or may not be the truth, but regardless of that, whatever that truth is doesn't alter reality. And walking into the room soaking wet and denying that it was raining, and perhaps even saying that you're only wet because someone threw a glass of water at you... does not make the rain "unreal."

Unless, of course, you are suffering from a severe cognitive disconnect from reality...

One of the reasons I have always been a but sour on politics and politicians is that they often look straight at reality and deny its existence. Because, perhaps, reality doesn't suit the inner narrative they have created around How-Things-Are.

Your argument is not solid!

"Mr/s Candidate, there are 10,000 fewer jobs in the county than there were five years ago!"

Then a long song and dance about how that's actually not true, and "buts" and reasons and rationalizations that never actually addresses the question follows. Perhaps with a "your information is incorrect" thrown in for good measure.

"No Mr/s Candidate, I actually work at the tax office where we tally every single employed person in the county, and I KNOW what comes in and out of that office."

Of course, another load of verbiage confirming the cognitive disconnect from reality then follows... and may include assertions that people 1,000 miles away guessing what the numbers are actually have a more accurate grasp on reality than those standing in the middle of the same reality.

It becomes a bit like weather forecasting: "The computer models say that it's raining where you are," but when you walk outside there's not a cloud in the sky. And yet? The meteorologist with the computer model is taken seriously, while the farmer looking at the actual sky is relegated to the lowly status of incompetent hack.

My dad was a political cynic, as well. I remember being about 11-12, growing up in my native Denmark and starting to ask questions about government, and how it worked.

My dad told me it had little to do with actually running a country (or city) and everything to do with being a game of "who gets to control the lives of who." I remember feeling a little disillusioned by that information... but at least slightly reassured by my dad's follow-up that people "who want to change the world" don't get into politics to do so, they get into private enterprise.

Accordingly, I have mostly avoided politics... except to occasionally comment on the ridiculousness of it all. And to remind people to "check their cognitive blindness at the door."

Yeah, I know. Good luck with that!

Comments, feedback and other interaction is invited and welcomed! Because — after all — SOCIAL content is about interacting, right? Leave a comment-- share your experiences-- be part of the conversation!

A lot of people can not see their confirmation bias in politics. I've caught myself in more than one.. I'm sure there are others I am missing.

It's a clown show though.

Without a doubt, it's a clown show.

A wise person once suggested to me that the people who are intelligent, skilled and qualified enough to truly be able to make a positive difference through political office are far too smart to get anywhere near that shitshow.

Sadly, there's a lot of truth to that...

You're quite right, of course... confirmation bias runs rampant, and often in ways we cannot see...

I believe that If we have government at all, it’s main job should be to protect us from private enterprise gone amok or to help create positive incentives for doing social good so that doesn’t happen. It doesn’t work when the two are conspiring together.

That definitely seems like a reasonable objective for government... but that would require people seeking office to develop a conscience that includes a certain measure of self-lessness....

Or people who refused to stand for corruption which scares off sketchy politicians perhaps!

This is why I try and stay out of politics. The way some of them act makes you wonder what is going on in the background for them to behave in such a manner.

I generally avoid it, as well... I just don't want to smash my head against the desk that often...!