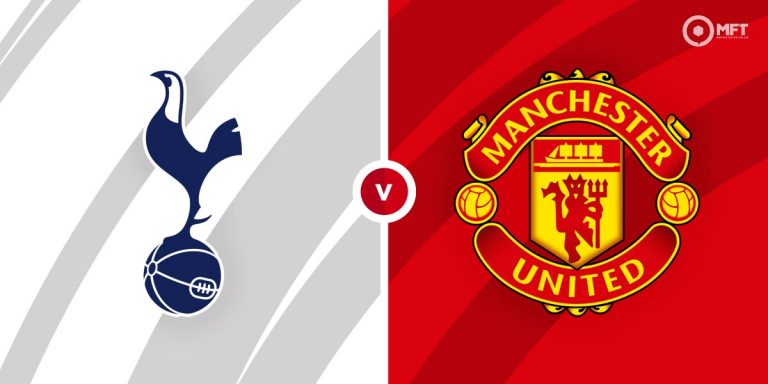 Hello to all and sundry,

I am here to give my Preview of the match between Tottenham Hotspur and Manchester United this afternoon. The last time the two teams met saw
the home team thrashed Man United 6-1 at Old Trafford. This is definitely going to be a tough match.

Tottenham Hotspur Preview
The home team is currently seventh in the league table with 49 points. They will be hoping to bounce back from the disappointing draw with West Ham United over the last weekend. They are currently on a run of 2W, 1D and 2L from their last five matches in the league. They are determined to secure top four qualification and are just five points adrift of fourth place Chelsea.

Manchester United Preview
The away team is currently second in the league table and fourteen points adrift of league leaders Mancheer City. They will be hopoping to close the gap small as the leaders were surprisingly beaten by Leeds United yestday. They will bebe hoping to avenge the humiliating 6-1 defeat at Old Trafford the last time the two sides clashed.

Players to Watch out For
Tottenham Hotspur;
Harry Kane. The attacker has 29 goals and 16 assists in all competitions already this season. He is the joint top scor in the league with 1 19 goals, same as Salah of Liverpool. I predict him to score again today as he determins to take the golden boot this season.

Manchester United;
Bruno Fernandes. The midfielder has 16 goals as well as 11 assists already in the league this season. That's quite a remarkable fit for the midfielder. I gueshe will be a constatant threat to the host in this fixture. I predict he will score again today.

Venue and Kickoff
This tch will
be played d in the Tottenham Hotspur stadium in London. The match kick-starts at exactly 15:30

Score prediction
This will definitely be a close contest but I expect Jose Mourinho to surprise the world once again. The host will beat Man United by two goals to one (2-1)