Look Who's Back - Hitler suddenly travels in time to 2014 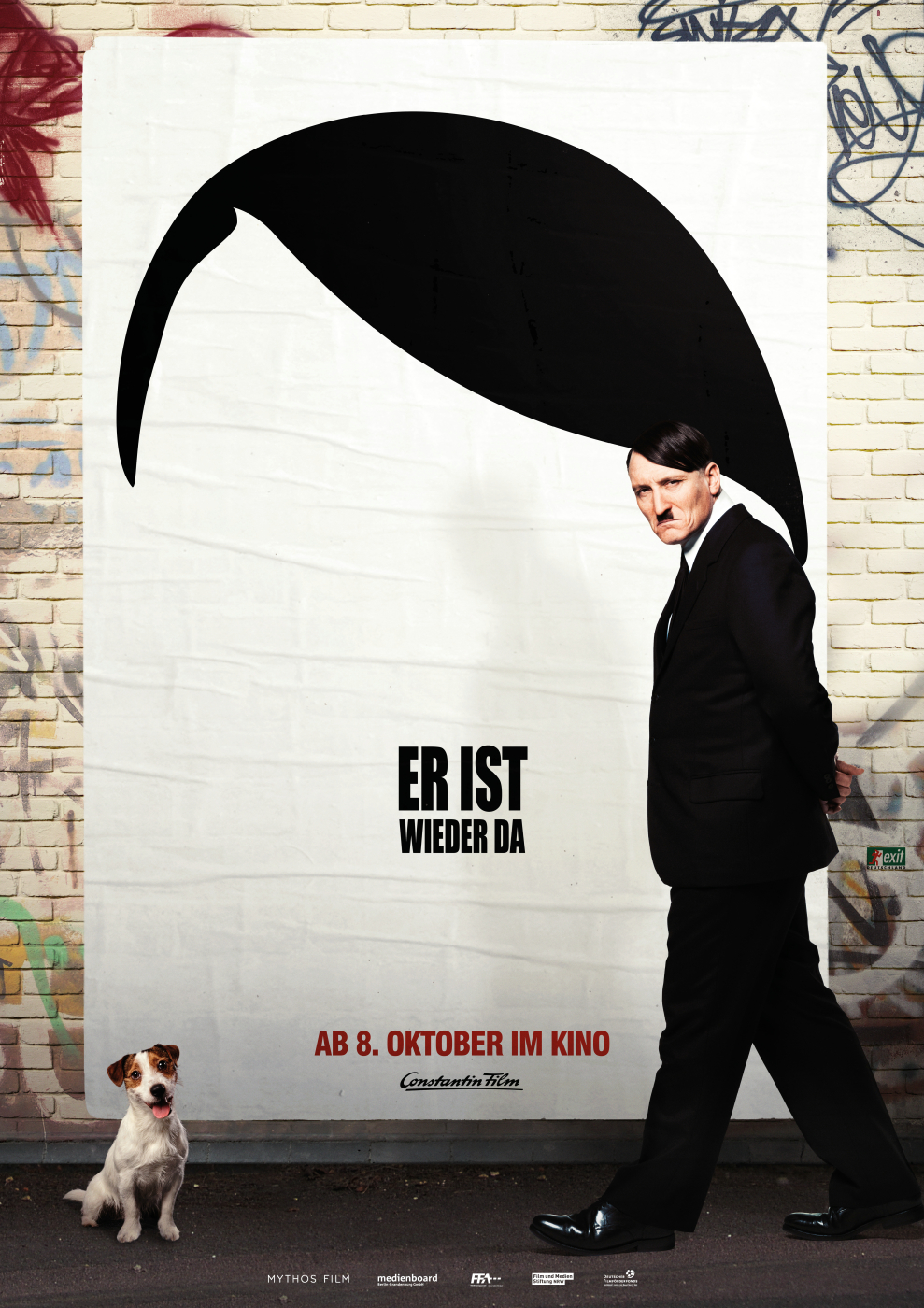 This German film recently came to my attention and the premise looked interesting enough to give it a watch. This is a satirical film and it is easy to guess it has dark comedy given the fact its main character is Hitler himself. However, this film could also be considered a sort of critique of some current issues in modern society.

The basic premise is the following one: without any kind of explanation, not even Hitler himself knows what happened, he suddenly wakes up in modern Germany, somehow he was resting in the public ground, with his official uniform and military hat. In the beginning, people think he is some type of street performant so no one takes him seriously.

He will go around all embittered sharing his Nazi talking points and making people laugh, which can be disturbing for him because he is completely serious about his opinions. At some point, he is discovered by a media company and his fame begins to rise. Hitler is cool once again.

This movie is quite different and original, I can only think of 2 previous films that are a bit similar, Coming to America which is a light-hearted comedy, and Borat which is in a way similar due to the fact both of these films use dark humor.

We will see how Hitler tries to adapt himself to modern society and make the best out of it while at the same time trying to fix what's wrong with his country. This situation provides plenty of opportunities for funny scenes and the movie certainly takes advantage of it.

This is a very original comedy, but it also has a dark touch and it is naturally a little bit politicized. If you enjoyed the 2 films I mentioned previously, especially Borat which is the more similar of the 2, then there is a high chance you will enjoy this film.

followforupvotes
As a follower of @followforupvotes this post has been randomly selected and upvoted! Enjoy your upvote and have a great day!
26.03.2020 19:43
0
Drop image here…
…