When It Comes To Police, It's About Time We Criminalize Poor Judgment 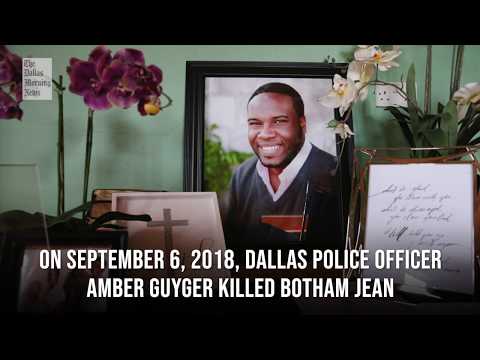 Instead of being honest with the public and simply stating "the officer exercised poor judgment," police chiefs across the country always instinctively jump to the defense of their officers, no matter how atrocious the crime. I sit here watching the Amber Guyger trial, which to me is the most blatant act of poor judgment I have seen in police work in a long time. Just when you think that police violence can't sink to new lows, here comes Amber Guyger; a young, cute, obviously low intelligence woman, who murders a man in his own apartment. As a former officer who has put in some 16+ hour days, not once did I mistake my neighbors apartment for my own. Her story is either completely bogus or she exercised the worst judgement in recent police history. The bottom line is that we need to start punishing criminal level poor judgment.

Every year, 150 people on average who are unarmed, are gunned down by police. None of the cops are ever charged and if they are, they are not convicted. All the cop has to do is say "I feared for my life," and all is forgiven. Enough is enough. Instead of brushing off the act of poor judgment, holding the individual to a "higher standard" and disciplining them through termination and prosecution has become a societal necessity. The "I feared for my life" narrative is presented over and over which results in the image of police in general being tarnished, and the occupation itself is branded as a bunch of liars.

Once the act of poor judgment is realized and the victim of police is shot and killed, the PR spin machine takes over. The case of Amber Guyger is the epitome of this. There is no excuse for her actions. She murdered a guy in his own apartment. If she wasn't a police officer, she would already have been tried and convicted and none of us would have ever heard of her. That is the reality. The Guyger case is proof positive that police are not held to a higher standard, in fact they are held to a much lower standard. Internally, cops jam each other up all the time. IA divisions are constantly in overdrive. When a case hits the news, however, they unite behind the officer because the officer is now a reflection of the profession as a whole. This is the first mistake police departments make.

One great example of this is the Houston Police Union Representative Joe Gamaldi. When two Houston police supervisors lied on warrant applications in regards to drugs being sold out of a home, he berated the public for trying to hold police accountable. He made it clear that they "know who you are" and that they will be tracking "your" every move. Well fast forward 7 months, and those two supervisors are now being charged with murder because their lies led to two innocent people being killed. The need to jump to the officer's defense has become priority #1 for police unions and apologists everywhere. The time is long past due for real change.

When one goes through the police hiring process, they tear apart your background, interview your neighbors, examine school records. What they are looking for is evidence of good judgment and decision making. The use of "creative articulation" and outright lies, however, proves that they care more about the image of police than the realities. It also proves that poor judgment isn't amongst their concerns. If an officer has a dozen complaints of excessive force, it might in fact demonstrate a pattern of poor judgment, but this alone is never addressed by police supervisors. How many times do cops kill someone and we later find out that their history of violence went unaddressed.

The time has come for us to demand that police who demonstrate poor judgment, whether in a single event that takes someone's life, or through a pattern of violence throughout a career, are held to account for their actions. The criminalization of poor judgment, as it pertains to police violence, has become an absolute necessity; If for no other reason, to restore the public's faith in police. What this translates to is if an officer murder's someone because "they feared for their life," and it turns out the person was unarmed or holding a cell phone or whatnot, the officer is treated as an average citizen would be: arrested, charged with murder, and their fate left to a jury. If police knew that if they made a homicidal mistake they would be prosecuted regardless of circumstance, the number of police murders in this country would significantly drop. But police know they can fall back on the "I feared for my life" story, utilize "creative articulation" and get the department and the unions to back them. This safety net needs to be utterly and completely destroyed.

Will this ever happen? The answer I gravitate towards is no. Perhaps some smaller departments would adopt a policy as such, but the larger departments, who have a long history of corruption, need the status quo to stay in place. Over the years, thousands of officers have demonstrated homicidal poor judgment. Unfortunately, the corruption goes so high up the chain as to include the unions, the press, and the Department of Justice, I don't foresee things changing for the better, possibly ever.