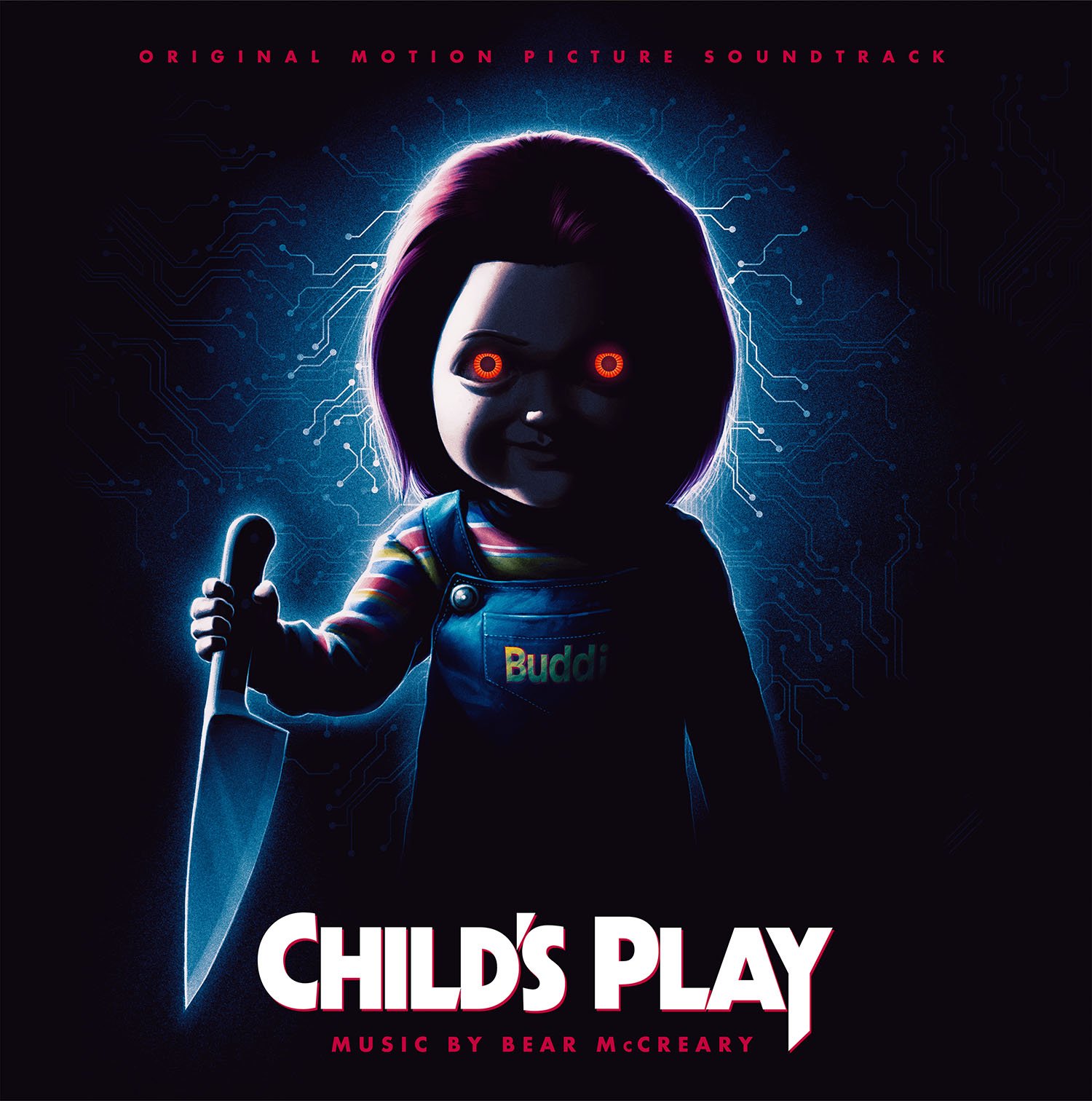 The movie I'm going to be talking about today is called Child's Play. This film is a reboot of the very popular killer doll franchise spanning from the late 80's until this very day. Seriously, I bet most of you didn't know that they're still making Chucky films that continue the lineage of the first movie. They're surprisingly not even shitty either, the last two that have come out in the past 5-6 years have been really entertaining, and they're apparently starting up a TV show to continue it further. It is pretty crazy that a franchise can go on for so long and not be utter dog shit. But, I do have to say, it's pretty god damn weird that we have two versions of the same franchise up and running together with knives probably hidden in their ass.

I have to say, I was pretty pleasantly surprised with this new film. I was expecting it to possibly be more pathetic than a greasy dude begging some e-girl on twitter to let him drink her bathwater, but it was actually pretty good overall as far as slasher films go. I was definitely worried back when the trailer dropped that it was just going to be a big old cash grab climbing up on the shoulders of the old films. But, I was definitely wrong and this film stands on it's own two ass cheeks. It's definitely a different and creative spin on the previous ideas, and overall is a lot of fun. However, it does have some issues which I'll get into in a bit.

Some of my worries beyond the plot of the film being a cash grab were the fact that the main character and several side characters are all children actors. I can't be the only one that thinks that most child actors typically have the talent and range of a rusty toaster that's seen too many moist hugs from a homeless man. Thankfully, however, pretty much all the kids in this movie give a pretty decent performance with none of them being shitty. The rest of the cast as well does a fairly good job with what they were given, with the only exception being Mark Hamill. He does an absolutely great job with the voice acting of Chucky, but I figured he would considering all the amazing voice work he has done in the past (He's been the voice of The Joker on more things that I can count, did some voice work on Metalocaplypse/Adventure Time/etc.) I do have to say I wish Aubrey Plaza would have been given more to work with, as her character is essentially just herself but with a 12 year old son.

This film has a lot of dark humor which works pretty damn well, though some jokes do fall flat. While the film is definitely still a horror film, I think the dark comedy aspect is a heavier part of the tone of the movie. Don't get me wrong though, there's a decent chunk of slasher action in the film and it doesn't fail there. All of the kills are pretty creative and fairly bloody for the most part. So, if you were wanting to jerk off into your fleshlight from all the gore porn in this film, I think you're gonna feel pretty let down. For the normal horror fan who isn't some degenerate communist furry, however, you should be pretty happy.

Another aspect of the film I can talk about without getting into spoilers is how Chucky is created/turns evil. I can talk about it because it fucking happens basically instantly, and is honestly pretty god damn funny. An over worked sweatshop worker gets canned from his doll building job, and decides he's gonna be the one doing some ass fucking and then proceeds to turn off all the safety mechanisms programmed into the doll, basically just turning the evil switch on. Because for some reason all the dolls come with the choice of Totally not Evil/Gonna stab you harder than a binged out meth addict with knives for hands, all at the flip of a switch. So, yeah, it's some pretty funny/goofy shit for the origin of the doll, but it works well in this movie.

I guess now I'll mention some of the stuff that I thought could have been done better. The biggest thing is that I felt like this movie needed an extra 20-30 minutes of run time. While the safety perimeters have been shut off of the doll, it basically goes from a bumbling idiot to murderous cheetah with a knife pretty instantly. At the start of the film he's waddling around like a penguin with severe head trauma from being clubbed too hard in the head, and at the end of the film he's jumping around like the god damn Predator hunting Xenomorphs. I just think some development of Chucky needed to be tossed in. You know, show him learning and improving and show some reasoning for why he turns evil when he was an innocent toy literally 30 seconds beforehand.

Another gripe I had is that the design for the doll in this film is fucking weird. I can't realistically ever see a doll being a household name with the way they designed the head on him. Chucky looks like a cabbage patch doll who has had too many botched plastic surgeries while simultaneously swallowing a beehive. Obviously this isn't exactly a huge deal or anything, as the design while goofy as hell adds to the entertainment. But, I just thought it was kind of an odd choice and took away from the horror aspect of the film in general by having him look so fucked up.

While we're talking about it, lets bring the horror aspect back up. I did mention earlier the film teeters towards dark comedy over horror. This might be a downside for general audiences, so I guess I should bring it up. This movie is probably not going to scare you. There's nothing really actually scary about it, I can actually only think of about 3 little parts in the movie that may actually scare someone. With two of them being kinda jump scares. But, I dunno. I personally don't find this to be a negative for me. I figured out pretty quickly the film wasn't going to be scary, but it did keep on being super fun and entertaining and giving me some fun slasher kills. If you're okay with something like that, you can disregard this last point.

Overall, I would definitely recommend this movie to any fans of the previous franchise, or anyone who just likes dark comedy/horror/slasher films. If I had to rate it on a number scale, I'd toss it right around a 6.5/10, with it leaning closer to a 7. It's definitely not an amazing film that will be remembered for generation upon generation, but it's goofy, entertaining fun. While it won't be hardening your nipples, it will at least tickle your taint a bit while watching. Thanks for checking out the review. Hope you've enjoyed it!

(Just a heads up, by the way. This might be the last written movie review. I'm really hoping that within the next week or two I'll have the spare change to pick up a semi decent microphone so I can start making these reviews in video format rather than written. I might have another one or two up in written format if things don't go my way, but we'll have to see. I do plan on having a written game review out in the next few days, once I stop feeling like a lobotomized hampster stuffed in someones rectum.)

Chucky is back in action will definitely give this a watch. Although the franchise has bee. Gli g strong, the later movies were pretty funny. So I guess the dark comedy theme continues.

My fav was the bride of chucky coz that was all kinds of wrong. I still remember the line from the trail "This Halloween, chucky gets lucky!" 😂😂😂😂

Great Review. I don’t know if you’ve heard but there is a film, tv, book, etc. review Tribe called TripleA Reviews (AAA). You can earn AAA Tokens for posting reviews. Anyone can post. As of now a lot of the posts are in Korean but that will change as word spreads. The Whitepaper/Announcement/Instructional post can be found here

NOTE: To be able to add your review you need to add a rating (A, AA, AAA, where AAA is the best) and a database link from: https://www.themoviedb.org/ along with the #aaa hashtag.

Your content has been curated from TripleA the Movie and TV Show community on the Steem Blockchain.
Have a look at our latest Curation project.

tons of nightmares in this kid's life from ol' Chucky. Looking back, i am rather surprised that the franchise did as well as it did because it is an extremely silly premise for a film.... but it somehow worked... and scared the crap outta people... i can still hear his laugh...

Honestly, possessed killer dolls seem to be a timeless classic that puts shit in the pants of all children. The Annabelle franchise is still going on, and I imagine it's just because the concept is spooky no matter what age we live in apparently.