Bangers for Steemit (Week 11. I feel like turbo ass edition) 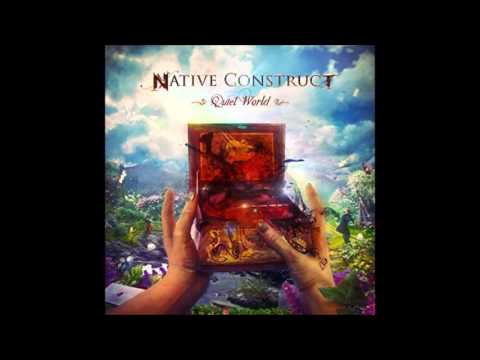 Somehow I've forced my dilapidated body back to my computer to write out another rousing edition of this semi-weekly series. Thankfully, to get me in the spirit for this post, I went to the dentist this morning to get fillings done, but apparently my body said fuck that and none of the numbing medicine would take properly. So, I'm super sore from the maximum amount of injections in my mouth, with nothing to show for it. Whoopeeee. But, enough of me bitching about feeling like a soggy gorilla who has been thrown down a flight of stairs. Lets just start getting into the music I have to recommend you this week, shall we?

I just recently found this band, and god damn, do they fucking clap cheeks hard in the progressive metal genre. I have a hard time finding bands that I really enjoy that are prog rock/metal, but these guys are some top tier shit. The vocal range is really interesting for this band, as they have more theatrical style vocals at times, then that shit takes a 180 and goes into death metal vocals out of no where. The instrumental part of the music is even more fascinating, and is pretty damn unique as far as metal bands go. They blend genres throughout their songs, going from classical music to prog metal all the way to more opera styled music. It's pretty god damn neat overall. Sadly, they just recently broke up, so what we have is what we get. But, I'd definitely recommend checking at least this one song out by them and seeing if it's your cup of cum, as it most certainly was for me.

This song I was pleasantly surprised with upon hearing it the other day. Back in the day of being a edgy teenager I used to jam to Veil of Maya quite a fucking bit. However, their formal vocalist left the band in 2014 if I recall correctly, and with that their sound changed a fair amount. I have tried listening to a few tracks with this new vocalist, but typically find him to sound like a clone of Periphery, which I think is kind of stinky ass. However, they sound much closer to their old sound with this track, and it does put a smile on my ass cheeks. Definitely a solid recommendation for anyone who likes Djent/more technical deathcore music. If you dig this, then you for sure should go listen to anything they made from 2006-2012.

You may have noticed that this band makes me have large wet spots in my boxers considering they've been on these lists 3 or 4 times now. However, I absolutely needed to include this track on here after hearing it a few days ago. This acoustic version has a total different sound and vibe to it, and this shit just makes me wanna twist my nipples in appreciation. For being a horror themed metalcore band, these guys have a lot of talent and are not nearly as beloved as they should be. The vocalist, Spencer, has quickly become one of my favorites for his lyrics and sound. You might notice the chorus has a different singer, which happens to be Ari Lehman, the guy who actually played Jason Vorhees as a child in the first movie. Something which I thought was pretty fucking cool and pays respect to the movies. If you want something more chill to listen to, this would be it, because this shit fucking bops.

4. For The Likes Of You: Habitual Gloom

I had a hard time picking a final song to throw onto the list for this week, as I've actually found a fair amount of tracks that I loved recently. However, I'm going with this one because it fucking slaps. The music is most certainly categorized under Metalcore, though it's pretty far from the generic shit that genre produces. I would say if you like a band like Miss May I or August Burns Red, then these guys would be right up your alley. I really dig both the vocalists, and the music itself is a solid boner jam if you want something with plenty of breakdowns and nice melodies spread throughout. So, definitely a good recommendation from me if you need something to listen to while pounding ass at the gym.

Alright, that's another week done for me. Normally I'd try to write an entertaining little outro here, but I'll be honest, I feel like Santa came down the chimney and the only present he had for me was a Russian slapping tournament master to perform an exorcism on me, but, you know, with slaps. My face feels like someone tried to suck my soul out of my body for a brief moment, then said fuck it and gave up halfway. So, if I don't post anything or seem as talkative as I normally do over the next day or two, it's probably just because I'm feeling like ass. So, until next time, take it easy slutterbutts.

The two videos that worked for me were things i would consider decent but the first one is like nothing I have ever heard before. I'm not sure if that is a great thing, but it is interesting at least. They kind of have a little bit of everything in there, including some very djenty riffs. The two in the middle wouldn't play for me but I'm certain that is because of my location, not because of anything you did wrong.

get that sweet mouf of yours fixed soon brother!

Have you considered getting a VPN? Because it seems like you should have one considering how much shit is blocked due to the location you're living at. Wouldn't be very pricey either, since there are several that are like $5-7 a month.

Hello @deadspace, thank you for sharing this creative work! We just stopped by to say that you've been upvoted by the @creativecrypto magazine. The Creative Crypto is all about art on the blockchain and learning from creatives like you. Looking forward to crossing paths again soon. Steem on!