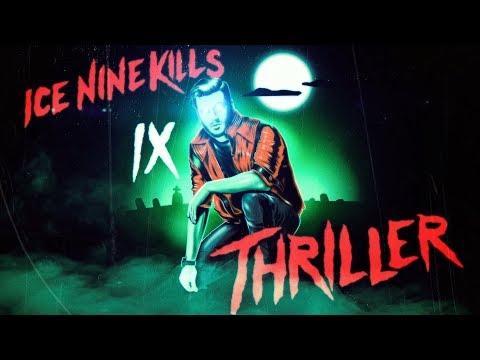 Yo. I'm back yet again with another super late edition of this shit, which I'm sure makes you guys feel very dry and crusty in your lower halves, as it does for me. So, sorry about that. Between feeling like ass with health issues and Halloween coming up I've just been kinda busy lately. Anyways, I got some wunderbar songs for you fucking nerds today. In keeping in line with the season, these are songs so spooky that they'll make you have to sit in front of the computer with two fingers inserted into your ass, just due to all the tension you'll be feeling. Though some consider that to just be an essential part of listening to music these days, I suppose. Let me know down below if you have any tunes that you'd recommend for this scary Halloween season, though I assume most of you will probably just be listening to Maroon 5, crying while you sit at the bar with your boi's hitting back Whiteclaws. But, yeah, lets just go ahead and get right into the music, doods.

Ice Nine Kills recently has been working on a whole little slew of songs to add to their uncut version of The Silver Scream, which brings us this fun little boner jam. Their take on doing a cover of Michael Jacksons Thriller is one of the most interesting covers I have heard in a very long time, doing their own entire spin on it obviously with taking it and making it metalcore. If you want some solid vocal work with great guitar/instrumental work and pure horror themes, this is the band for you. This band has become one of my absolute favorites over the past few years, and I think they'll be staying that way for a long time to come. They've certainly made me have to stroke my dick enough to have them on these lists several times, at least.

Now here's a song that fucking slaps, baby. You thought all the shit I had posted before was a bopper? Fuck no, this is the king of kick ass music, pussies. Need a good song to play while you're fucking kids moms on Call of Duty? Perhaps you just need a good song to play in the background while you're in the car with your date earting his/her's ass. Or, maybe you're just in the spirit for the season and want a solid track to flex nude in the mirror to while you compliment your own body Patrick Bateman style. Whatever your needs, The Monster Mash will be there to meet them. But, yeah, fun song for the spooky season.

While not particularly a spooky themed song, the synthwave/electronic sounds do make me think of 80's horror, particularly in this song. I've had this band on the list before, but their music differs from itself enough where I feel I can recommend more of it without it being the same old shit. If you're into electronic music or synthwave, you'll probably find your nipples piercing through your clothes as we speak, however, this band is one to impress people who aren't into electronic music as well. I personally was not really into the genre at all until I heard this band, and I've found myself at least trying to find similar artists to check out. Sadly, it seems like a lot of synthwave and electronic stuff is ass, but this is definitely a pretty damn good one.

Probably the least in line with the rest of this list/theme, but I guess you can just put your ass where your mouth is if you have a problem with that, virgin. I recently just checked this band out after hearing Elliot Coleman from OMNOM was doing the vocals for this band, and I have to say I was pretty surprised with how much I actually like this. It's definitely some of the better alt metal I have heard in awhile, and Elliot's vocal work is great as always. Though, that's not to shame the instrumental work either, it's quite good as well. While I usually prefer some heavier crunch or bass sounds with my metal music, this is definitely a recommendation from me.

Well, that's this week in the bag. Again, sorry for the lateness with these last few posts. Just been hard to stay motivated and get shit written out when I constantly feel like a clown has me tied up in the back of his dilapidated van with a bag covered in old spraypaint and bodily fluids wrapped around my head. Definitely trying to do some catch up this week and make sure I get at least another post or two out, but we'll see. Anyways, thanks for stopping by to check out the post. Hope you found some tunes to listen to. Take it easy until next time, slutterbutts.

Yasssssss... my favorite part of the week! I haven't even listened to them yet but I'll tell you dude, this stuff better not suck like the last list did. :P

2 of the videos are not available in Thailand so dude, you really should have checked this out before you posted. Plus Carpenter Brut should just be called Capenter Butt... because that's what it sounds like.

I'm just kidding of course, but thanks for ruining Megaman for me anyway. :P

Ah, I sometimes forget that Youtube can be pure ass and block songs from certain countries. Though, I can't believe they would block The Monster Mash for Christ sake, it's a song from the 60's made for Halloween parties, basically. The Ice Nine Kills song should be available on Spotify/Google Music/etc. soon if you wanna hear it.