Bangers for Steemit (Brainlet edition. Aka, I've been a zombie and didn't keep up with this shit.) 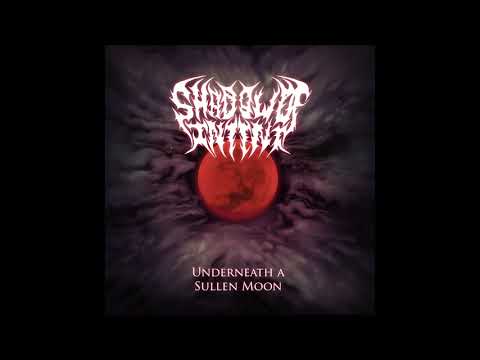 Welp. I dun goofed. It has been a literal eternity since I last made one of these posts that were supposed to be weekly, mostly because I've spent a fair amount of the past month feeling like a dilapidated asshole that has been sucked on by a bloated meth head living out of his van down by the river. But, I figured I should stop moping around like such a pussy and try to get some content out on here, at least every now and then. I enjoyed writing out these recommendation posts, so I'm gonna get back to doing them once a week. I believe this is week 8? But, my brain does appear to be quite small, so I may be wrong here. If you're just hearing about this and haven't seen one of these posts before, let me fill you in. This was/is a weekly series I do where I recommend some tunes I've listened to recently that made my nipples hard, so I decide to share them here in hopes of monetary gain so I can blow the money on stupid shit. Or, powering up my account. One or the other.

So, with that out of the way lets get into the music, doods.

I know this band has been on one of my lists before, and for good reason. They're one of my favorite new age deathcore/death metal bands around. And, holy fuck. Does their new album really give my nutsack a big old tingly feeling. This song in particular absolutely fucking slaps, and has some heavy black metal vibes going to it. In fact, it's probably the only black metalish song I've liked in a long time, as most of that genre is like listening to a homeless man shit himself inside of a dumpster. I could honestly just make this whole list about these guys, as I enjoy pretty much every song of their newest album. Highly recommend if you're looking for some new metal to listen to .

This song came as a surprise to me, as I honestly didn't think I would like it. I've never been a fan of Circa Survive before, mainly because the music behind the vocalist has always been boring as fuck and never really stood out. You could tell me it's Chuck E. Cheese animatronics playing the instruments and I wouldn't have doubted you for a moment This song however I found pretty damn enjoyable. The guitar and drums finally stand out a bit from Anthony Green's (The Vocalist) shadow, and finally feel like they have some life in them and don't stink of children's tears and crappy ass pizza. Would definitely recommend this track, though I think the rest of their catalog is pretty hit or miss.

I just recently found about this band, and this is another more recent metal band that absolutely makes me get chubbed up when it comes on. Not only are their technical skills great, but their sounds paint a solid picture in your head when you listen to it. I can't tell you how many times I've listened to this track since finding it a couple of weeks ago. If you're looking for some more good metal to add to your steroid fueled gym workout playlist, this is definitely top tier shit. As a bonus, the music video for this song is probably one of the best I have seen for a metal band in a long ass time. I wish more bands would be down to do silly goofy shit instead of trying to look like some edgelord school shooter ready to write his incel manifesto about how he hates women and fortnite.

4: Dance with the Dead- Invader

I'm not a huge fan of electronic music, but this is a huge exception to that. This isn't the first electronic band I've recommended, as I've shared Carpenter Brut who is probably my favorite electronic band, but this band is a very close second. They have a lot of 80's vibe going to them for a few different reasons, one of which is the guitar they include in small sections of their songs. I can't say I would be a guru for this type of music, but I definitely recommend this track and band if you want a good band to listen to while finger blasting your asshole on camera to lonely 48 year old men. /p>

SSo, that's it for this week of music. I'll definitely make sure to keep up with this for the 4 people who even bother to remember that I exist in this cosmic crypto void. Feel free to leave any recommendations you might have below, and I'm sure I'll let you know how flaccid or hard it made my pee pee. Hope you guys found at least one track that you can enjoy, but if not feel free to get fucked, pussyboi. Take it easy! /p>

Your words crack me up as usual and I am sure I have stated this before, but you and I have extremely similar interests in music, and since it is metal-oriented for the most part (which is a rarity) that means that we are not obligated to become best friends like Step Brothers when they both determine that if they had to bang a dude it would be John Stamos.

Let me tell you how i feel about what you posted because despite the fact that i scour the interwebs looking for more music that fits into my particular genre tastes, both Spotify and Youtube redirect me constantly to places that I don't want to be (the jerks)

Shadow of Intent - Love the musicianship and driving beats... however, just as a rule, i don't care for any "cookie-monster" lyricists and that kind of ruins it for me. This disdain for that particular vocal style first appeared when Cannibal Corpse was all the rage but I was very nonplussed. Just never got on board with that and dont like it. I'm more of a "gruff but still understandable lyrics" kind of guy.

Circa Survive - I'm a bit "meh" about this one. I'm not sure why but your comments about the vocals being rather uninspired (my words, not yours) rings true to me. I lost interest pretty quickly

Allegaeon - Love this track! I'm gonna put them into heavy rotation now because I've never heard of them and i totally 2nd the motion about artists being a little less serious about being spooky all the time. Dimmu Borgir and Cradle of Filth are very guilty of this and would love to see them lighten up every now and then. When Obituary made a comedic music video followed by another "our lives" video it was funny to see these hardcore pioneers doing such hardcore things like "shopping at Wal-Mart in regular clothes, going to children's birthday parties, and playing golf.

Dance with the Dead - I'm I feel the same way as you about most electronic music, especially the stuff that is featured at low level DJ sessions where sometimes good friends of mine are on the decks. However, this really appealed to me and I immediately imagined that this song would fall right in line if the Original Shinobi from Sega Genesis were to be remastered today.

All in all, a great list that gave me some ideas for my music collection that is seriously lacking these days. I listed to Nu-Metal at the gym the other day out of sheer frustration.... NU-METAL!

I accept becoming best friends, but we need to really nail down what man we would wanna run a train on then. John Stamos is kind of old and bloated these days. I vote for someone more like Tom Hardy, Chris Hemsworth, or as a surprise bonus pick, perhaps Simon Cowell now that he looks like a stroke victim with bad botox.

Understandable on the vocal style, though I think that limits a lot of what you can actually fully enjoy with the genre. I dig gutteral vocals as long as there is a good range of highs/mids/lows, and I typically can understand at least 50-60 percent of the lyrics without having to look them up so it's never bothered me. I will however say, that Cannibal Corpse's vocals are putrid swamp ass funneled through a microphone, and I have never been a fan myself.

Yeah, there's a reason why I don't listen to much Circa Survive. This song is probably the only one I've added to my playlist and that I ever will. I enjoy the vocalists voice for this band, but the whole band just seems like it's built around his voice and they never really change shit up. My fiancee absolutely loves this band, but I just can't get behind them. I'd much rather listen to something like Hail The Sun which is far, far fucking better.

I'm glad I'm not the only one that feels that way. I've much preferred when bands aren't trying to sniff their own farts through a beer funnel with how fucking metal their music video is. And, those two bands you just listed will probably never do that, because the whole gimmick for Black Metal (Which both of those bands claim to be, even though they're super mainstream and more symphonic metal than anything) is to be as edgy as possible. Probably one reason why I fucking hate Black Metal as a whole, besides it sounding like someone taking a constipated shit in a public restroom.

You would have probably been better off listening to weird training video raps and PSA music from the 90's over Nu metal, you poor, poor man.

ahhh. such an epic response.... i laughed more during that than i did half the Netflix stand-up specials i have seen lately.