Did You Ever Boil Water, Then Forgot You Were Boiling It? 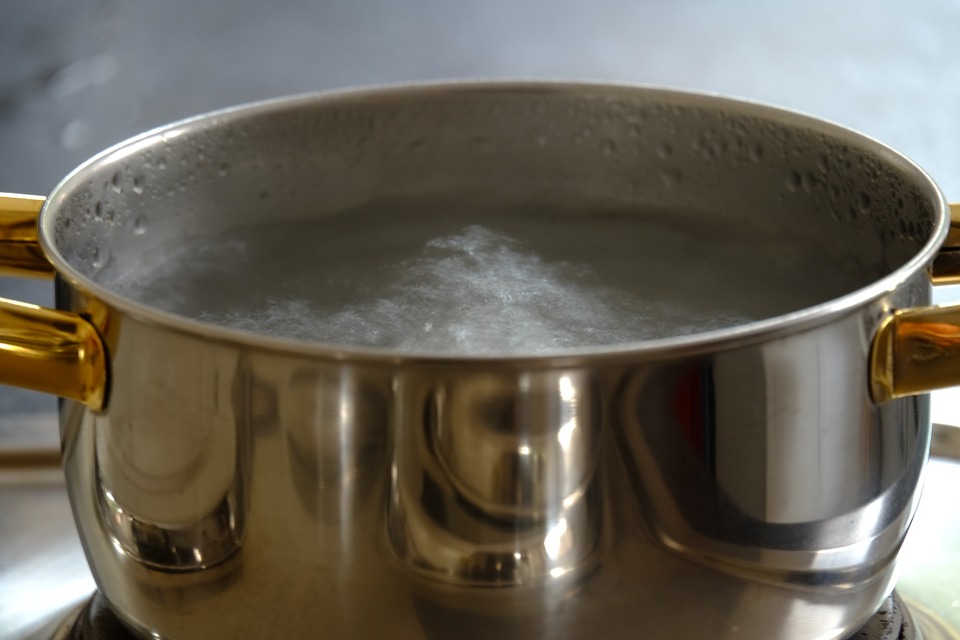 Well, I hate to say it, but yes sometimes I boil the water, then forget that it is still on the stove, boiling. Of course nobody wants to spend all the money on gas, if they don't have to.

I was going to make a cup of coffee and I usually just boil water and with a steel ladle I pour the water through my filtered cone with ground coffee.

Then someone calls and they need a ride to work. Even though I pass the kitchen to go outside I didn't notice it. Well, I took the guy to his work, then since I am out, I went to the 99 Cent Only Store to buy a bag of organic apples for $1.99 with a couple of cans of oysters at $.9999 cents each.

Well, as I was getting closer to my home I remember that I left the water boiling so I could have a cup of coffee, then I got that call and forgot all about it.

I come home and the kitchen is hot. I guess another way to heat up a room is to just heat up an empty pot. Well, the pot was full of water before I left, but not when I got back to my house. Nope, the pot was empty and very hot and so was the room.

Well, some more wasted energy. I guess I better keep conscious of things that I am doing and here I was in another blog talking about how coconut oil improves your memory.

Well, as far as I know it will improve your memory, and come to think about it, I did remember on the way back home.

Let's talk about what I bought at the 99 Cent Only Store. Well, they used to only have things that were only 99 cents then they started to sell things that cost more than 99 cents and I guess they didn't want to change the name of the store.

It is kind of like that motel called, Motel 6. As I was driving home I notice this big Motel 6 next to a Denny's. So why did they call it Motel 6? Well, I just looked it up and I find that back in 1962 the motel had it's start in Santa Barbara, California and when it started they charged just 6 dollars a night for a room.

We will have to consider that in 1962 they still printed silver certificates. So if 6 dollars of then 1962 dollars would be worth 6 ounces of silver than that would be about $90 a room in today's dollars, but in my own city I see Motel 6 rooms go between $66 and $78. So I guess it is more of a discount in my city right now.

Who needs the certificate? I rather be holding the real silver dollars. If only I had known, but in 1962 I was only 4 years old. No job and no way to get any silver dollars. Well, it was a thought.

Well, it would be good to hold some silver as I think the fiat currency has run its course and if President Trump wants to go against the central bank then maybe the banks will go down because of gold.

Well, if one cannot afford gold then the poor mans gold is silver. I like silver and in time I believe it would be worth a lot, but I am no financial adviser so do look into the matter of gold and silver

Let's end with a scripture, Notwithstanding, lest we should offend them, go thou to the sea, and cast an hook, and take up the fish that first cometh up; and when thou hast opened his mouth, thou shalt find a piece of money: that take, and give unto them for me and thee. Matthew 17:27.

If you enjoyed this blog, please upvote and follow.
Thank you, David.
Image is from pixabay.com

uh oh' In our language we say, ' ang kalimot walay gahum', that is our expression when we forget something. In English its like, 'forgetting has no power'.😊

Yes, I agree, forgetting has no power. Thank you @amayphin!

Good post, will try to use coconut oil to improve my memory!😅😂
Lets see what happens😊❤️!

Yes, do try the coconut oil for memory. Thank you @solaiman!