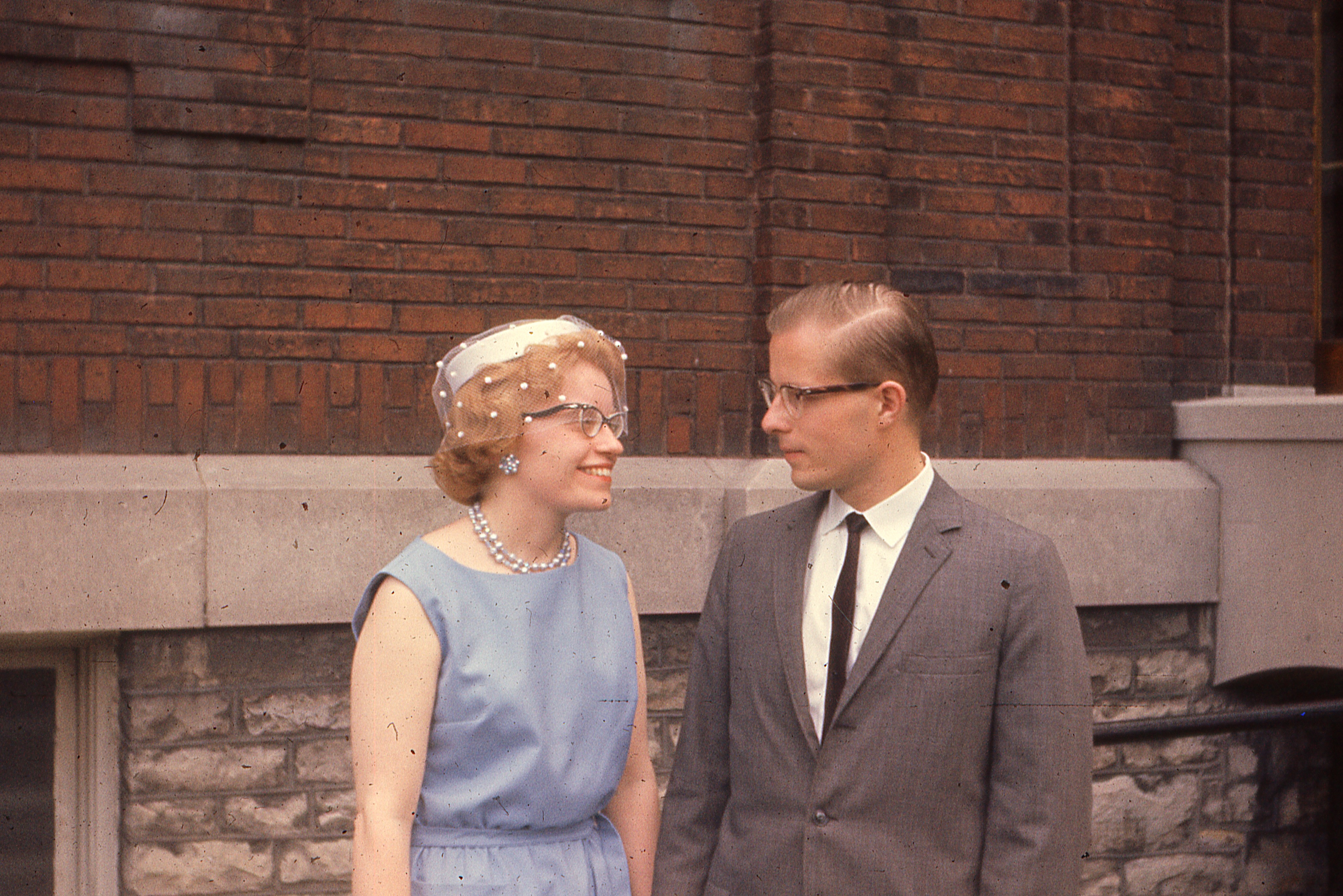 There are no labels or dates on this set. I believe the first photo is part of a wedding set from which previous photos have been posted which would make it from the 1950s. The second photo appears to be part of a heater and/or air conditioning unit in a basement somewhere. Janitrol is the name on it an apparently they are still around. The third photo is looking out the window of a house on a lake. The final photo is from a beach somewhere and appears to be taken from the air...probably from a helicopter though I suppose there could be a cliff there or something too.