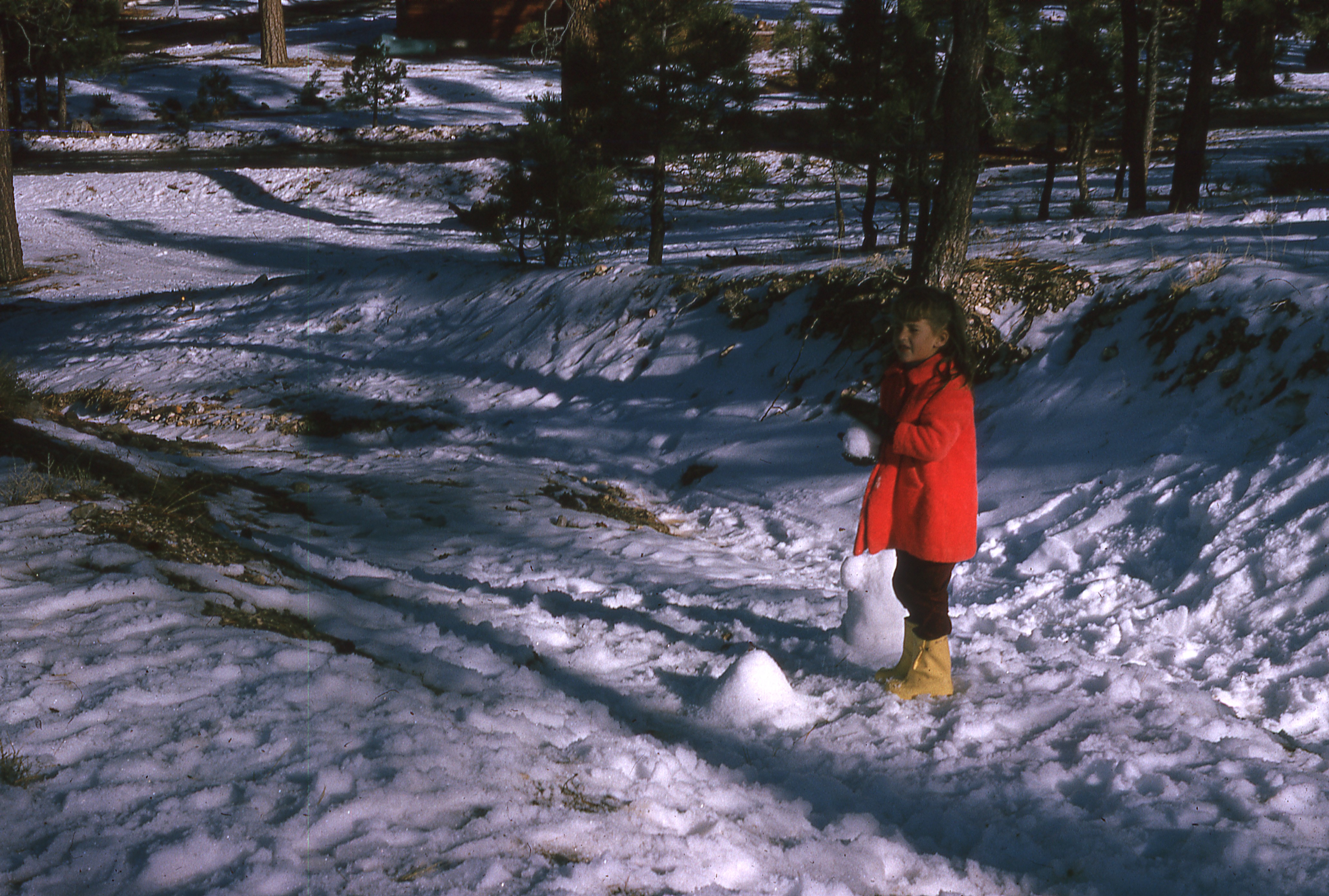 All of the photos in this set were taken in the 1960s but other than the processing date they are unlabeled. The first photo is of a little girl playing in the snow, the second appears to be a sea anemone of some sort, the third features a young man and woman and the final photo...I really have no idea what it is. A creepy container in the woods to store dead bodies?