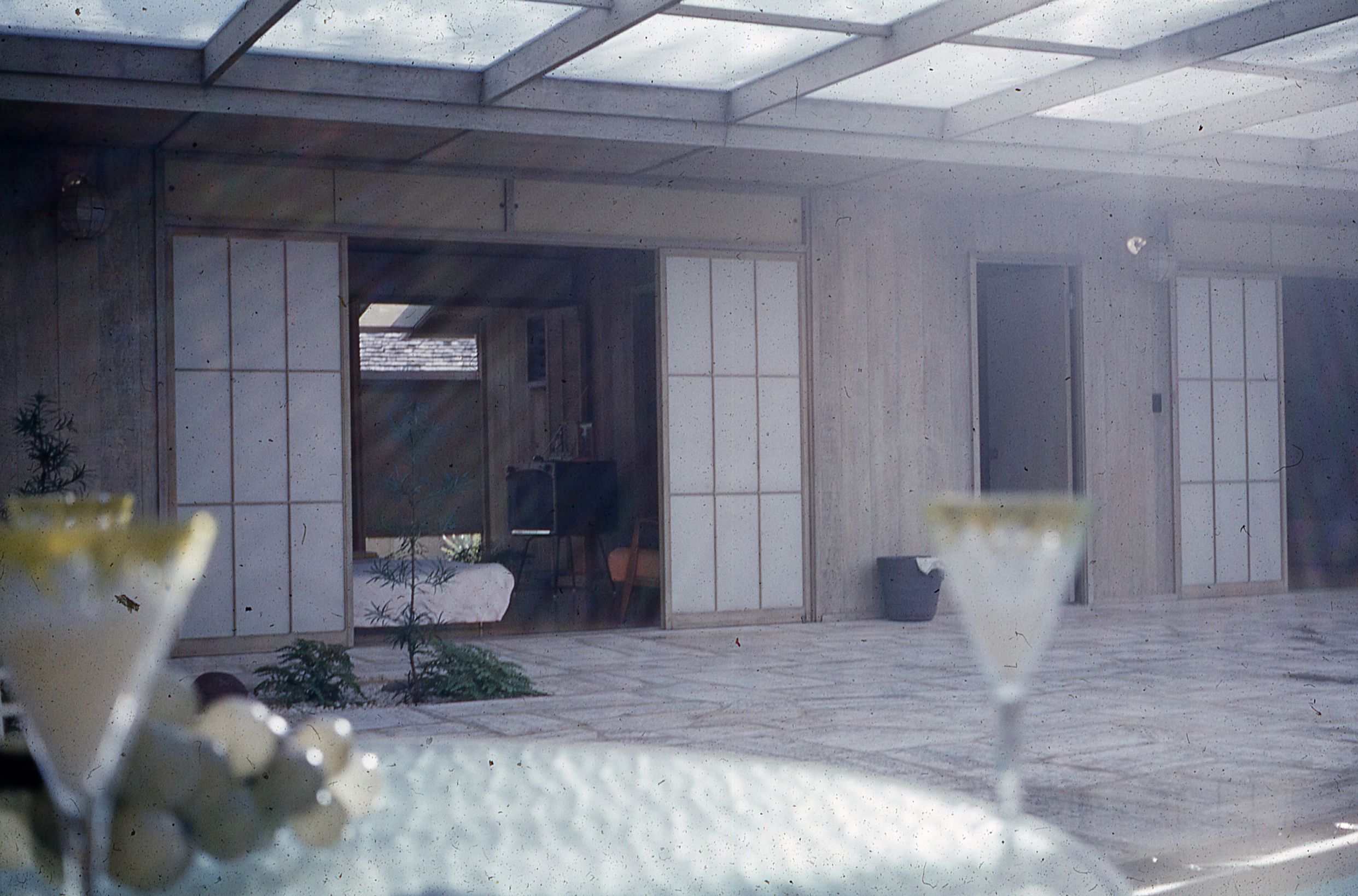 All of these were processed in January 1961 and were probably taken somewhere near that time period. Three of the four photos show a pool deck and pool at someone's house. The other shows a boat being lowered into or raised from the water.