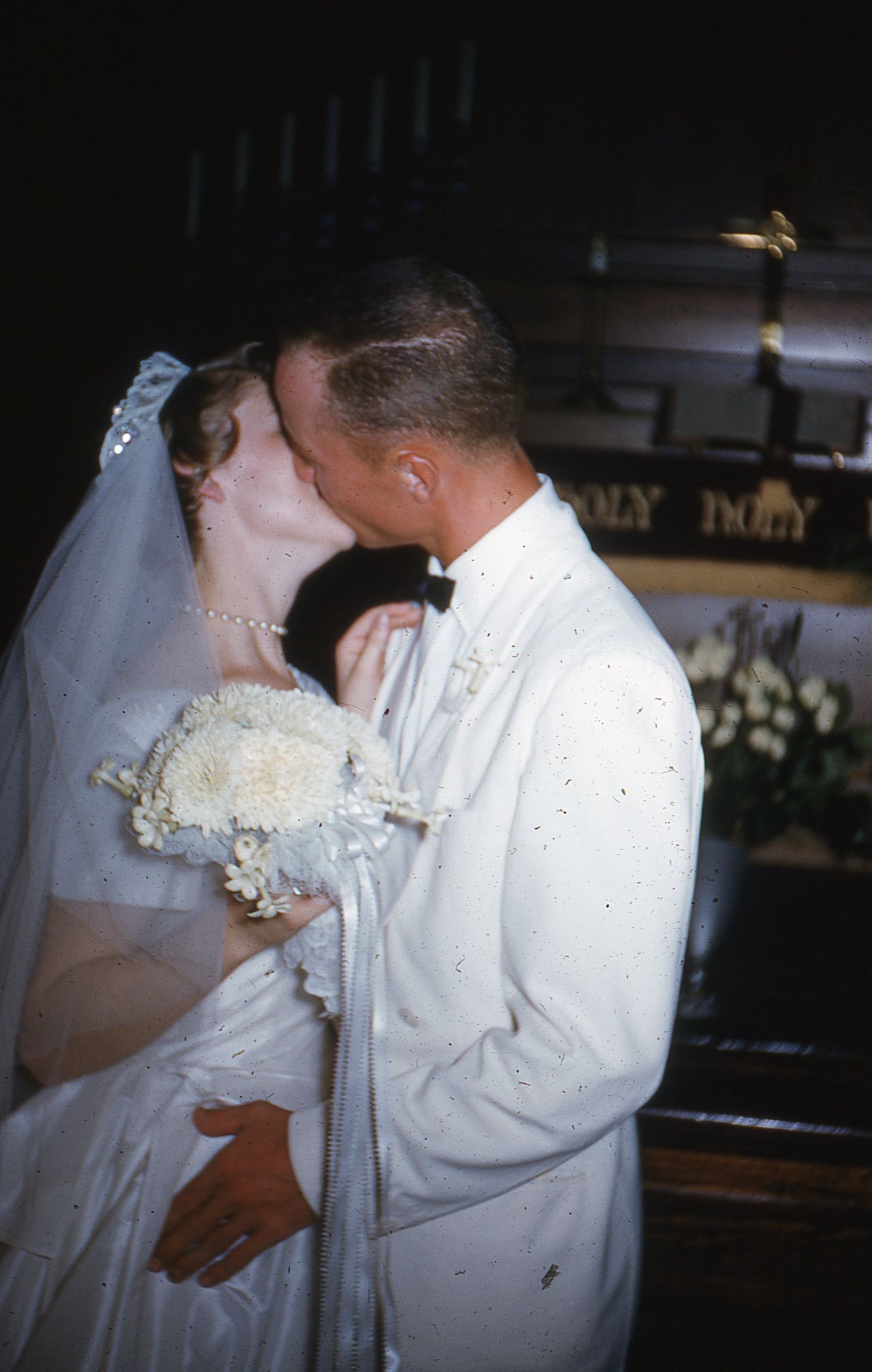 These photos are undated and unlabeled but a couple appear to be from a February 22nd, 1958 wedding that I have scanned other dated slides from. The others are likely from roughly the same time period. One looks like a state capitol building and I'm not sure where the Chronology of Thomas Jefferson is from.