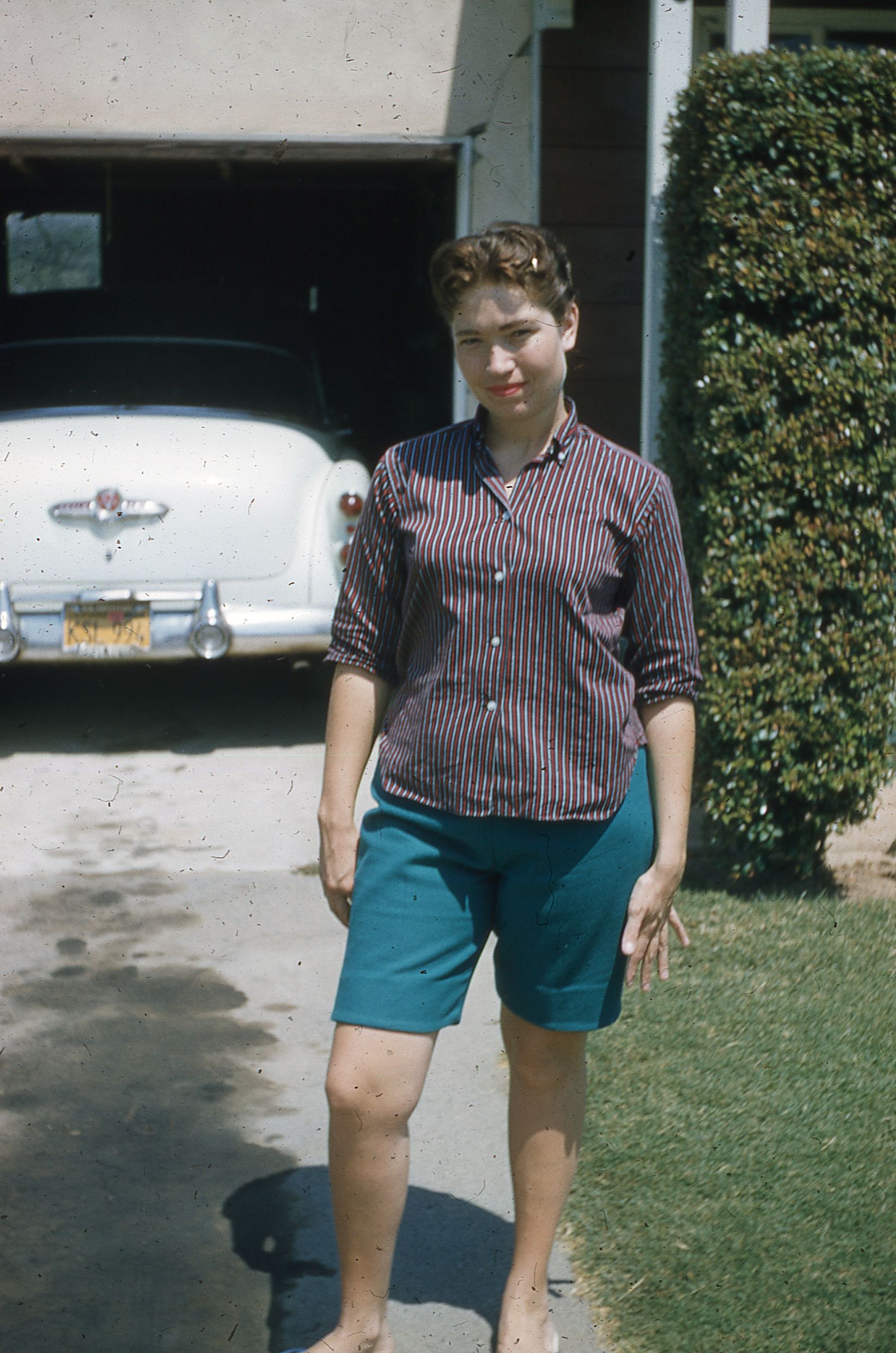 The first photo in this set shows a young woman. The next three are outdoor photos of a stream, a rainbow and a lake. None are labeled except for the stream which is labeled pretty generically. These were likely taken in the late 1950s or early 1960s.