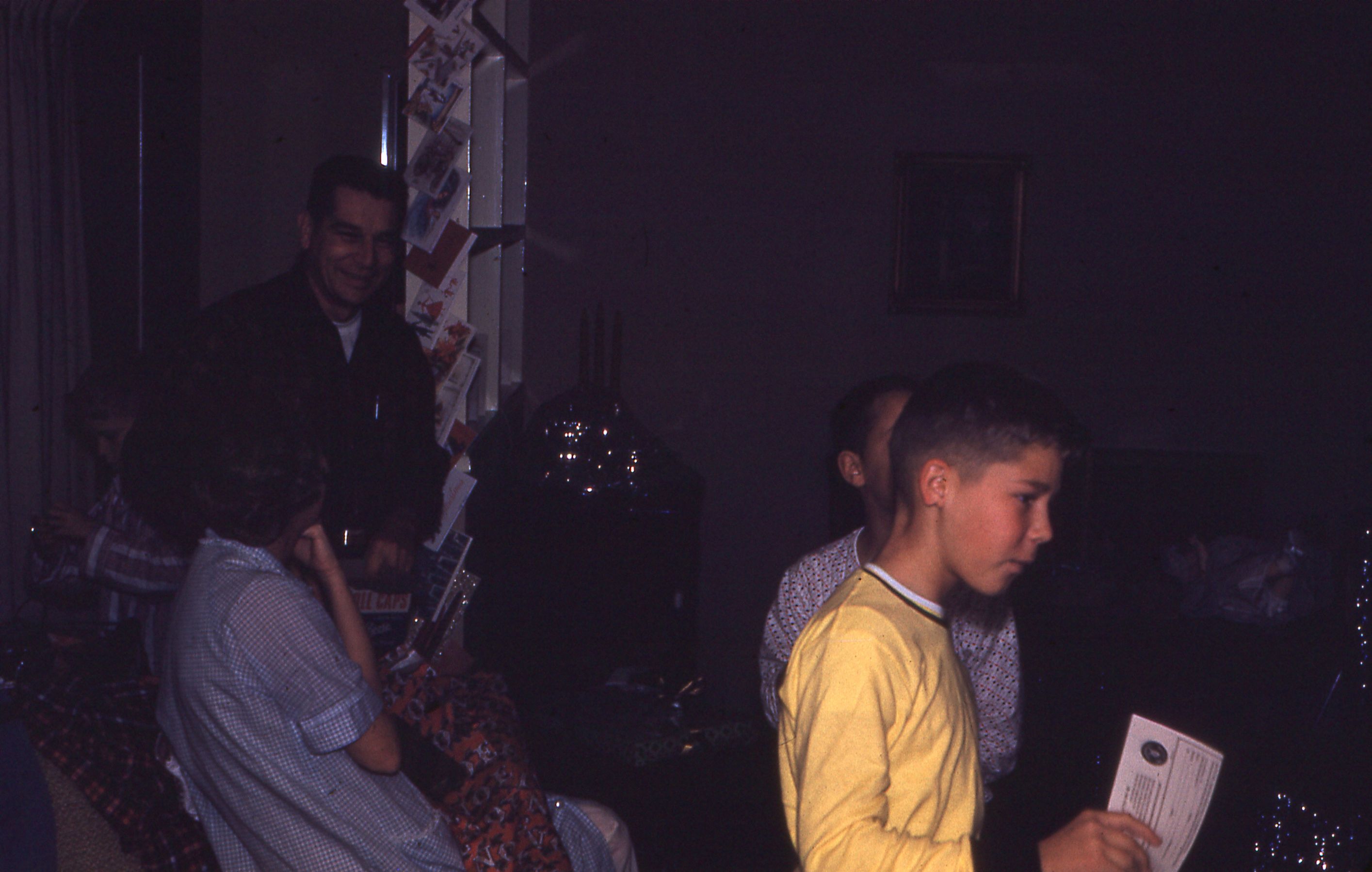 The first photo is the only one dated or labeled in this set and it is from Christmas 1958. The other photos are also likely from the late 1950s time frame. The second shows a neighborhood intersection, the third shows a dogwood? tree and the last one is of a beach somewhere.