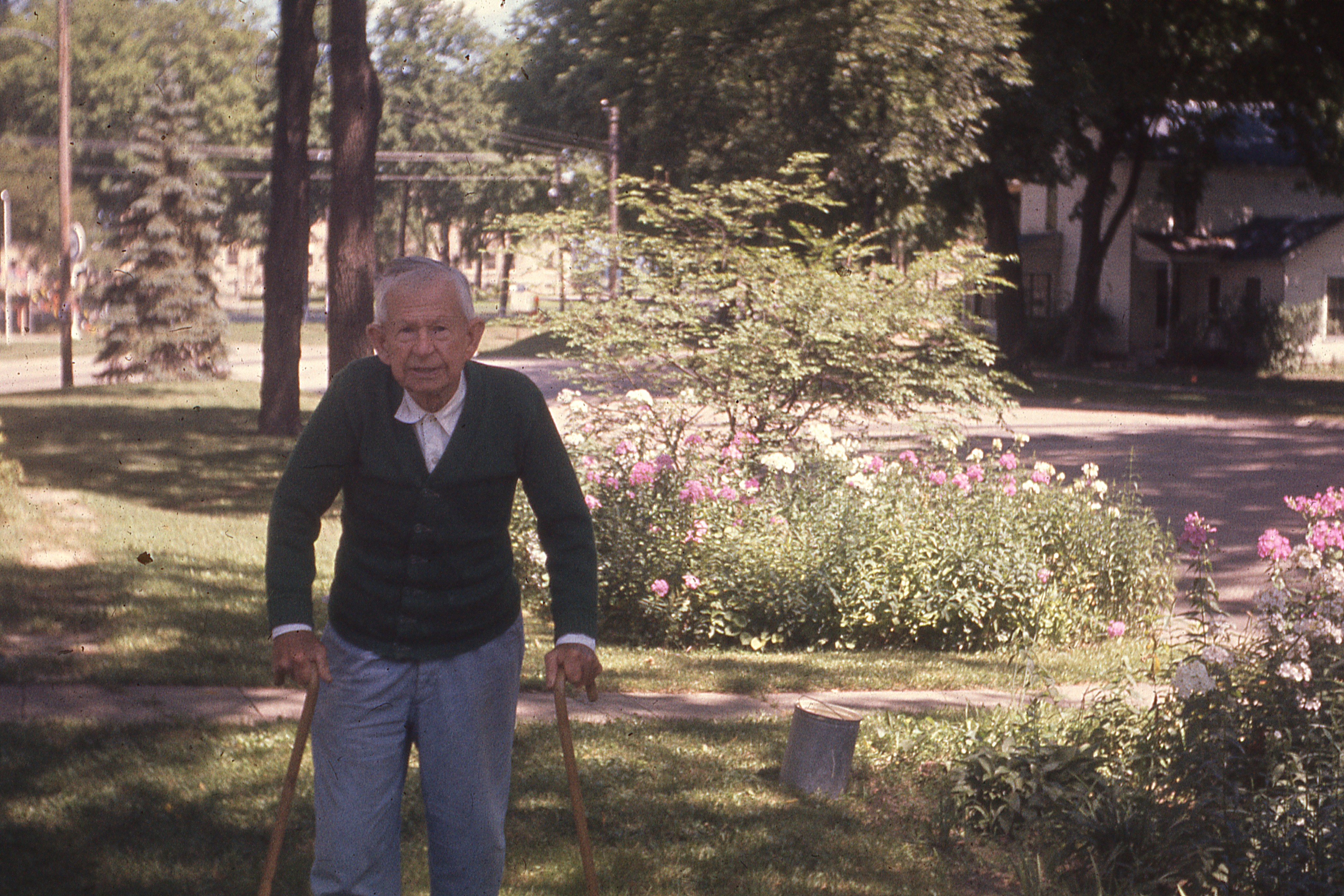 The photos in this set are all dated August 1963. At least the first two were taken at Delavan Memorial Arboretum in Delavan, Wisconsin which had just been dedicated the previous year. The first is taken next to a sign labeling the place and the second features a person wearing the same clothes as in the first photo. Not sure where the other two were taken. One appears to have been taken in the interior of a church and the other is of a totem pole.